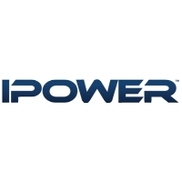 Having problems with iPower?

Unsure of their location - but do not waste your time and energy with Ipowerweb. They are a very incompetent and unreliable company.

There is no one that takes any responsibility there nor can you get an extension or a name of anyone in a higher capacity. It takes months to get anything fixed. They are down all the time which resorts in your website being down as well as any emails. They'll just switch you to another server platform without your consent or knowledge, which results in loss of emails and data too. They are a waste of money and in over their heads.

If you're looking for a headache, looking to be on hold for 30 minutes at a time before speaking with someone who really doesn't have any answers for you and must put you in touch with a "level three tech" and have nothing else to do 7 to 10 times a month but call in because you have yet another issue with your website or email - Ipowerweb would be a great, great place for you.

But if you rely on your website and emails for business, I highly recommend you looking elsewhere!

They lose your data and don't do backups

Beware of ipower.com and ipowerweb.com! I purchased a VPS (virtual private server) back in March 2006 to host my up and coming website business, www.listasaurus.com. After getting the wrong advice on what kind of server I needed TWICE (and finding there was NO support for their dedicated servers, which no one told me), Sean Green in Account Development and Sales advised the best solution was a virtual private server. Sean was actually a very good support person in that he helped me with many problems I encountered with bad technical support people (I have transcripts of chats with rude support reps and getting the runaround).

The website advertised numerous features with the Ipower Pro Plus Package that I purchased, including Daily Tape Backups and 24/7 network monitoring. I did not have any problems with server downtime until last Thursday, October 12, 2006. I found the server was down and when I inquired with technical support, they told me they were aware of a problem and working on it. The server was down for about 9 hours and then I contacted Sean who told me there was a multi-drive failure and a problem with the RAID drive.

He said he would let me know what the status was as soon as he found out. I inquired about backups and he said he hoped they had done one, and asked if I had done a backup. I told him no, because it was my understanding ipowerweb did backups.

Next thing I know I received an email from tech support that evening, advising that "all data had been lost" but the server was being rebuilt and as soon as it was available we could upload our data.

Well that would be FINE if I had known I needed to make a backup of my database, but I had never done that because I understood based on ipower's advertising in my package, and the fact that no one had ever told me otherwise, that they were doing nightly backups.

When I called tech support that night, they told me there were no backups and they do not EVER do backsup for VPS and dedicated servers. Again, this had never been disclosed to me.

I called Sean Friday morning and he confirmed that he never told me there were no backups, that he also understood standard backups were made and he was surprised to learn about this.

So basically I just lost 8 months worth of work on my website, which stores all the information in a CMS system/MYSQL database. My website was finally due to go live today, but of course I lost everything and I will have to start over.

Friday Oct 13, 2006 I spoke with David Sipes in the technical support and he told me an image of the server was going to be retrieved and they would try to get my data back. He did not call me back that day.

October 16, 2006 - After sending many emails and leaving voicemails to Sean, since David would not give me any contact information, I finally got a call back from David who informed me that they had "done everything they could" but there was no data on the restored server image. I find this outrageous, considering what if there were a disaster on site at ipower/ipowerweb? How would they resume business? (David said it is not possible they could ever have a fire. Amazing.)

Because of this company, I have lost countless hours worth of hard work on my website. It will take me countless more hours to rebuild this from scratch, which is what I will need to do. I have also found numerous similar complaints online about ipowerweb, where people have lost data and they were also told there were no backups.

Their site advertises this, this is FALSE ADVERTISING and misrepresentation. I want everyone possible to know about this so they don't go throught the nightmare that I am living.

On October 17th I was contacted by a James Murphy, a manager I believe in Sales, who advised me that backups WERE indeed done on the server where my website was hosted--only they lost the backups too. Because the backups were being done on a different drive on the SAME server...not to offsite backup tapes as the ipower.com website advertises.

So this a) contradicts what I was told by tech support that NO backups are ever done, and b) contradicts their clearly false advertisement online about daily backups being done to offsite tapes. In fact, Mr. David Sipes advised the company is in the process of creating an offsite backup process at a new data center, but it's not currently in place.

Mr. Murphy called me back late Oct 17, 2006 to advise that my suggestion of having a company like Drive Savers work on the corrupted drive to possibly recover the data would not be possible, as "an executive decision was made not to pursue the option of a third-party data recovery company". When I reported this to a Quality Assurance rep, Warren, who responded to one of my emails, Warren told me this was complete misinformation from Mr. Murphy, that TWO third party companies had already analyzed the disks, and nothing could be recovered.

Pretty amazing that this was done not by one, but TWO companies between Friday and Monday. Wish I could get that kind of service from ipower.

Lastly, Mr. Murphy's offer to me, when I asked what the company was going to do for me now, was 6 months of free hosting with them (worth around $300). then he said the most they could offer was one year of hosting (worth around $600). Wow, what a great offer. Yes, that'll surely make up for all of my lost time and rework that I now get to do. That will help my business get back up and running! Oh, and I'm SURE this type of thing will NEVER happen again...yeah, right, take a look at some of the other postings out there if you search on "lost data and ipowerweb". I am not the first person this has happened to (though according to David Sipes, I am the ONLY person upset about this, apparently all other clients were a-ok with it).

I will never do business with this company again. I can only be thankful my site wasn't live yet, only because I would have lost who knows how much customer data and it would have been even more disastrous.

I have had other issues with ipowerweb, I get different answers from their tech support people (when you can get them on the line, usually it takes 20-30 minutes of hold time), and no one seems to really know what is going on there. Sean Green is the only person there who has ever taken a personal interest and done everything he could to help me. But surely someone needs to inform their sales staff of critical issues like backups not being performed. Had I been told this initially I would not have chosen this company.

I honestly don't know how this company stays in business. A bunch of monkeys could run a better business than this.

iPower
0
%
Doing nothing would be this company's favorite pastime, if they had the energy for it.