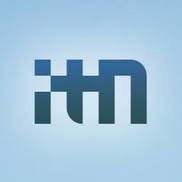 Hello, It saddened our hearts that my father in-law who lived with us in New York passed, before we lost him...

I purchased airfare from JFK to BCN along with heir "Travel Protection". The flight was to be June 10, 2020 but then the pandemic hit and the flight was cancelled by the airline. The Travel Protection paperwork states that entitles me to a full refund of the ticket price. It does not mention any $300 per person "Processing Fee" nor does it make the refund conditioned on the airline refunding the money to them, bot conditions their representatives have mentioned as barriers to getting the refund. Not only that, they have consistently lied to me about the status of the refund over the past 4 months.

Do yourself a favor - do not buy from this company, they will not stand by you.

On July 8, 2018, I purchased three Greensboro, NC, - Toronto, Canada, round trip tickets on American airlines, with a connecting flight in Philadelphia. PA. I gave to your an ASAP Tickets three alternative dates for both outbound and inbound flights, and I agreed on July 23 for outbound flight and August 23 for inbound flight. The ITN confirmation number is L4R2L8 for the tickets. Information on the passengers and flight itinerary are summarized below.

From - To Flight Number Departure Time

Although I did not intend to purchase a ticket protection plan, I was convinced to do so when Forest said, among other things, that if we had to change our flight schedule for any reason, we would not pay any penalty, but the difference in fare.

On 7/23/18, flight AA5313 was delayed to the extent we would not be able to get to PHL for our connecting flight. We were booked on a next day flight, making the delay more than 20 hours. When we get back to our residence that evening, I tried to contact Forest to no avail until about midnight. He said he would contact the airline and call me back. He left me a message late at nigh saying the next day flight would be just fine. However, as we got to the airport on 7/24/18, we were informed that our connecting fight AA4826 at PHL was canceled due to inclement weather; and after a very long delay we flew delta Airline to our final destination through Atlanta, GA.

On August 20, 2018, I called the airline to confirm our reservation on flight AA486 (YYZ - PHL) which I firmly believed was on 8/23/18; but I wa informed that the reservation was for the following day — 8/21/18. I called ASAP customer service whereupon I was told that even if telephone conversation confirmed my agreement on 8/23/18, the reservation on 8/21/18 was justified as that date was one of the three dates I gave to Forest. However, I also gave gave him three alternative dates including 7/21/18 for the outbound flight, the only date with which I would accept 8/21/18 for the return flight. I was further informed that I had to pay a penalty of $200.00 for each ticket and the fare difference in order reschedule the flight on 8/23/18. They would not consider the fact that we lost 24 due to flight delay at GBO on 7/23/18. My request to speak with a supervisor was denied.

I called the airline again. I was given the same information as in ASAP: $200.00 for each ticket and fare differences for 8/23/18 schedule. However, I was offered 24 hour extension to 8/22/18, which ASAP declined do, in exchange for the 24 loss due to flight delay at GBO on 7/23/18. Unfortunately, I could not complete my planned activity by 8/22/18. So, I decided to purchase three one way flight tickets with United Airlines at a total cost of $756.00, which would be a little lower than the penalty and fare difference payment for changing the flight schedule.

ASASP Tickets did not only failed to remedy the flight delays and additional expenses we incurred thereof, but we also were denied the benefit of the ticket protection plan related to over six hour flight delay (which calls for $300.00 payment for each ticket) and flight rescheduling with no penalty. I am kindly requesting for an appropriate resolution of these issues.

I recently booked flights to Paris from NY. ITN advertised cheap rates. When I called their rates were no...

Itncorp.com — Don't pay them – you won't get promised services

Don’t trust to the company ITN International Travel Network (www.itncorp.com). I paid them money for the services, but they promised to provide everything within several weeks. After that I heard only fake promises and excuses. Irresponsible company.They are liars and scammers, and I want to find other deceived customers, who lost money. Please we need to stop this company and return our money. Post your comments.

International Travel Network is fraudulent company. They somehow got access to my bank account and used my money for personal purposes. I can’t believe that such well-known company behaves like that with their customers. Not recommended.

International Travel Network (ITN)
Doing nothing would be this company's favorite pastime, if they had the energy for it.