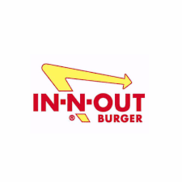 Having problems with In-N-Out Burger?

ComplaintsBoard.com is not affiliated, associated, authorized, endorsed by, or in any way officially connected with In-N-Out Burger.

My wife and I ordered a cheeseburger with lettuce, sauce and grilled onions. Worse burger ever. Burger tasted...

In and Out — Very rude

In-N-Out Burger — in n out drive thru professional

Just left this location I went through the drive thru and I guess came in the wrong way or somthing and wa...

I ordered a number one tonight 10/27/19 plus a milkshake. The second window girl had an attitude towards me...

I visited the restaurant on September 23 and I ate a cheeseburger and I got food poisoning from eating it. It...

I ordered at this in and out via drive thru on September 23, 2019 at around 7pm and ordered 3 double double...

I just got back from a 2 weeks vacation and I was eager to have an In N Out cheese burger. I was bragging...

I went through the drive thru the night before last. First of all, it took me over 30 minutes to make my...

I visited the Downey Ca location just before closing around 1:15 am on Sunday morning, June 30, 2019. The fries we ordered were way over cooked. I couldn't even eat them. We ordered animal style fries as well and got the same fries.

Maybe because it was close to closing time, quality wasn't important. I would have returned but by the time I saw my fries at home it was already too late to go back.

I visited In & Out in Ventura, Ca. I decided to go through the drive thru since I was headed to work. I waiting in the drive thru for almost half an hour!!! Totally not acceptable for a frive thru. When I finally pulled up the lady at window 1 was casually just having a conversation with the guest in front of me. As I look into the window there is 1 employee cooking. Its 11:30 on a Saturday!! Please correspond scheduling better. Customers should not have to wait half an hour in a drive thru

I purchased a protein animal syle burger and when I got back to work with it, I ate it and discovered hair...

In-N-Out Burger has resorted to corporate BULLYING!! I have been telling everyone my husbands story and what...

The complaint has been investigated and
resolved to the customer's satisfaction
Resolved In - N - Out Burger — in-n-out burger seems to not pay their bills ontime!!!

Apparently not only did In-N-Out Burger expose me to Isocyanates (I was a painter for them) but they cant seem to pay their bills either! They sent me to a doctor on May 3, 2013 and STILL havent paid it!!! My attorney has called, and sent a copy with a letter, but still In-N-N-Out Burger cant seem to scrape up $115.00!
I mean really! They ordered the test. They are required to pay for it. So can someone please tell tell me why this BILLION dollar company has not paid a tiny bill of $115.00? Its almost been 6 months!! Is this an example of how they pay all their bills? I want this bill paid!!! they are threating to send it to collections!
PAY YOUR BILL IN-N-OUT BURGER!!!

The complaint has been investigated and
resolved to the customer's satisfaction
Resolved In - N - Out Burger — in-n-out burger may expect you to &show you character&!!

After 8 years of loyality, deticatiom and great reviews it all didnt matter once I got hurt on the job! It was amazing just how quickly I a once valued, trusted and well liked employee was tossed away. I had become what seemed to me as an enemy to In-N-Out Burger. My direct boss Ryan Swab actually stated to me in a phone conversation "you can either do things the easy way or the way with character"! This was in an email dated September 5, 2012 between myself and Ryan Swab. I asked for an explanation of just what that meant. I am still waiting for Ryan Swab to explain that to me. I guess if you work for In-N-out Burger and your injured on the job and actually think your going to get medical attention and coverage. Then according to Ryan Swab the Manager of the Painting Department at On-N-Out Burger then you have NO CHARACTER!
I guess someone WITH CHARACTER would have not cared that they were exposed to Isocyanates.
I guess an employee with character in Ryan Swabs eyes would say "it's ok In-N-Out Burger for exposing me to Isocyanates." "Not a problem I hadn"t planned on living long anyway"!
I know In-N-Out Burger has always had a "cult-like" following but I didn't realize Ryan Swab and Others at the corporate office had obviously been "DRINKING THE KOOL AID"!!!

The complaint has been investigated and
resolved to the customer's satisfaction
Resolved In - N - Out Burger — in-n-out burger's full of deceitful lies!!!

The Division of Occupational Safety and Health received your complaint of the following hazardous condition (s) at In-N-Burger, Varies locations throughout the state, Modesto.

1. Painters are being exposed to Isocyanates and other hazardous materials. Employer has not done monitoring to determine exposures.

In-N-Out Burger I think we all can agree can make a wonderful hamburger. Where this large company falls is outside of the kitchen. There are a lot a laws and regulations that In-N-Out Burger simply wasn't aware of. Ignorance of the law is no excuse. This company is a 1 BILLION dollar company. There is no excuse that they can dream up to explain their down right feebleminded ignorance of OSHA laws. They should have had someone running that department that new and abided by all they OSHA laws. Obviously the department manager Ryan Swab didn't have the OSHA knowledge needed to effectively and safely run the painting department to keep his workers safe.

The complaint has been investigated and
resolved to the customer's satisfaction
Resolved In - N - Out Burger — what they took from my husband.

On October 12, 2012 In-N-Out Burger fired my husband claiming he had falsified his time records. They failed to prove that to the California Unemployment Department on two attempts. It was that day that a small piece of my husbands pride, vitality and spirt were taken as well from In- N-Out Burger.
We all have had those jobs where you feel like co-workers and even bosses seem like friends. This was true for my husband especially when it came to his bosses. In fact when ever they heard I was sick they often would call my husband to see how I was doing. My husband would do the same for them with anything that was going on in their lives. When you realize co-workers and bosses really were mot your friends it hurts.
My husband loved his job and the company he worked for. He was proud to work their. He was dedicated for 8 years and planned on retiring their. He took it very hard when he was fired. He was now sick and In-N-Out Burger tossed him in the trash. He felt devastated that a company he thought was a upstanding Christian company with supposedly had values would and could mistreat and dodge all responsibilities.
He was now sick, no insurance, depressed and feeling sad and worthless because he cant provide for his family. On top of that he is dealing with health issues. His lungs are damaged and its hard for him to breathe, He has no access to a doctor or medication as In-N-Out Burger made sure of that. HE fees he will die all the time. He never speaks about but he says it in his words. He is always telling me "you know I love you right"? and "if something happened to me you would fight to keep my son right"? It is a horrible thing to think every time you go to bed you may not wake up.
I want In-N-Out Burger to be aware that they need to step up and take responsibility for their actions and make it right with my husband!

Please don't eat at IN-N-OUT BURGER until they treat their workers safely and don't fire them for...

Christianity: commendably decent or generous
I figured I should spell out what the definition of Christianity was for In-N-Out Burger because clearly they have no idea of what the meaning truly means. Sure they put 3:16 on the bottom of their cups but that is a far leap to being a Christian company. A true Christian or just even a decent company would not do the things you have done to my husband.
Lynsi Torres (Snyder) is the owner of this company. I wonder if she is aware what her company has done. They have prevented my husband from seeking medical treatment, obtaining desperately needed prescriptions including inhalers. My husband was a loyal valued employee for 8 years. Your company exposed him to Isocyanates and damaged his lungs.
Lynsi I lay awake at night listening to my husbands lungs wheeze and gasp. My biggest fear is I will wake up and he will be dead. If he dies it will be your fault. He could have had medical treatment and medication over this past year. Your grandmother Ester Snyder would be ashamed of how the company is now being run. Shame on you and all of your corporate lackeys!

In-N-Out Burger maintains a painting department out of the Los Angeles area. These painters maintain all their stores. Four years ago Los Angeles banned the use of the paint that In-N-Out Burger was using at the time. They then switched to a DuPont paint product. This product is a two step product. The second product is a hardener. When this hardener is added and the painter is in a closed room, like the inside of an In-N-Out restaurant. Often the painters would make a plastic tent around where they had to paint. The painters would step inside the tent and spray this paint. Unprotected without a proper respirator. When the chemicals are mixed Isocyanate vapors are omitted. In-N-Out Burger NEVER provided any one in their painting department prior to September of 2013 with a proper respirator, a PAPR.
Most of their painters drove around in company vans with cabs that were not I closed. This means that their drivers if they used that paint that day and put it at the end of the day. They were driving around breathing in dangerous isocyanates vapors. All unknown to them.
In-N-Out Burger didn't follow the OSHA laws prior to 2013. They preach about expecting their employees to stand up and take responsibility for their actions. So why can't In-N-Out Burger? Why can't you admit your wrong doing?

In-N-Out Burger
45
%
This company is on the right track to keep up with incoming complaints, but there's still plenty of work to do.