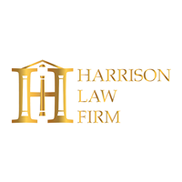 Having problems with Harrison Law Firm?

ComplaintsBoard.com is not affiliated, associated, authorized, endorsed by, or in any way officially connected with Harrison Law Firm.

I got the same type of call from [protected] from a man calling himself dev hayer with the harrison law...

i just received a phone call from a middle eastern man telling me i received a loan for $487 i asked many...

I have had a problem with this So called Law Firm, they called & said they could help me with a payday loan...

I too have received several calls from persons with middle eastern dialects with American names like "Ken...

Harrison Law Firm
50
%
This company is on the right track to keep up with incoming complaints, but there's still plenty of work to do.