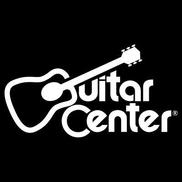 Having problems with Guitar Center?

I was treated and talked to like i was an idiot by an condescending manager . I was looking to talk about...

I purchased a new guitar from their online store and when it arrived it was obviously a previously damaged and repaired item. The body of the guitar had been dropped, filled in and then painted over with matching paint. I sent it back promptly using their return process and have yet to receive a replacement. Customer service keeps telling me it is in the system and I will be notified when they ship.

If you shop, I would suggest a visit to their store versus going online. Their online business is not as responsive as the local store and if you deal with them online you can't work with the local store to resolve an issue. That is just dumb as a business practice.

I called the East Brunswick NJ Guitar Center Sunday 8/23/2009 in the early afternoon to order a used guitar...

Ok well after deciding to expand my ddrum amx kit by adding a kick drum... I wanted the blue burst 22x20...

I call in they said it was in stock, being A SUNDAY they said it would ship tomorrow (monday)... so I called in monday night to confirm because I recieved no email.. they said what they always say. (yea there was a problem today in the warehouse). any ways they said it will be shipped out tuesday.. LOL nope.. and they used they same thing about warehouse problems.. then wednesday around 3p. m. I get a BACKORDER NOTICE so I call tell them they've been telling me it will ship out the next day so they give me a 20 dollar credit and next day air shipping!!! great right (wrong) they said thursday it will ship out because of the shipping choice nope they shipping it on friday... the billing info I come to find out was shipped on wednesday... wow I don't know who they have answering there phones and working there warehouse but i'm gonna say there all #ed... not to menchin I got one guy on the phone who told me that there product specialist know nothing about musicial equipment!!! he told me this and I was blow away so remember that when you order from them and they recommend a certant product lol. haha. anyways... it is monday the 12th my delivery date for this kick drum that will probably show up a zildjian t sirt and a note say gottcha!!! so I guess we will see but my advice to you is stay away from guitar center... AND MUSICIANS FRIEND ran by the same company and did this same crap to me a week before I ordered to blue toms they sent a red one and orange one so avoid but.

Resolved 1st Lied to about a Guitar I purchased

My complaint is, in may I went to guitar center and purchased a Fender Squire Affinity Strat with 3 sets of...

I use Guitar Center regularly through thier website, and I'm always e-mailed "limited time" coupons and offers. Today I was sent a coupon for "Dad's and Grads Get 20% Off of Qualifying Merchandise". They give you a list of brand names that qualify when you go to the site. As I browsed, I noticed something wierd. I don't know if this applies to ALL of the couponed merchandise, but everything that I was interesed in possibly purchasing had been marked up in price. I price checked with Musiciansfriend.com and music123.com just to be sure, because thier web sites are almost always identical with prices. Also for example, I wantd to buy this half stack I found a few weeks ago that was $400. During the special coupon sale, it was listed at $500 before the 20% off coupon. That's only $20 off, not the $80 it would have been if they kept the price where it should be. So what's up Guitar Center?<br />
<br />
Also, if you cancel an order because after waiting a week you finally get a notice that your item is out of stock, make sure they add the balance back onto your card. Afterwards, make sure they refund the tax! Every time I had to cancel n order, they still charged me tax. I didn't know it either untill I did some digging.

Nude DJ, dude, what you describe in your response is a "same day return policy." Guitar Center sold a "30 day...

The guitar center is a major ripoff store for refunds!!! Read the back of the receipt carefully!!! The...

Today, April 23rd, I called my local Guitar Center in Chattanooga to ask about a Digital Voice Recorder adapter cable. I'm a frequent shopper and former employee of the store.

My boyfriend I called to ask about a 1/8 inch cable unto USB. Once we were transferred over to Pro-Audio a man named "Jonathan" answered and we asked him about the cable. He started to laugh and say "Cmon man, what is this a joke?" and continued to be oblivious to the fact that we were good customers, and nothing else. We told him, "No, I need a cable" and he explained "Oh, no I don't think we have it". By the time my boyfriend hung up the phone, 'Jonathan' had been rude to us, disrespectful and displayed no customer service skills what-so-over. We were asking a legitimate question, and he had scoffed at us like we were so below 'his level'.

I don't think anyone deserves to be treated like this. Especially not two good customers (and former employees).

And I will be contacting Guitar Center corporate.


We'll be shopping at Humbucker Music and Picker's Exchange from now on. :)

Bought a drum kit there. Found when replacing the coated batter heads the shells were delaminating. Brought...

Resolved its a con

Do not use this company/Outfit. I ordered an Epiphone dot 335 ($399) and a case ($80) by credit card. I got an email a few days later saying there was a 3 month backorder on the guitar but they have sent the case??? I mean what idiot in their right mind would send a guitar case without a guitar? Its all about getting your money!

Guitar center just wants to sell you *** guitars, they don't care about quality. All they want is money. They pay low wage dumb monkey turds to try to sell you a guitar, that is messed up.

Then they'll never admit they're mistake and try to convince you that nothing is wrong.

Guitar center is a music store so you all who work there quit treating people like *** and trying to rip them off theres enough *** going on in this *** up planet and if a guitar is worth more then what ever in trade or so... them give that person credit on that and quit being and *** hole about it... that goes four all you courpret *** also... so help out every one that loves music and not money you are suppose to help music get better four us all so quit fooling around and get your *** together.

Shopping online via Guitar Center was one of the most horrid experiences I ever had. I ordered from them before a Tama 8-piece drum set with no problems about 3 weeks ago. However, the problem began when I ordered 2 kick pedals and a Roland kick trigger. What a disappointment.

At first, everything seemed ok. I ordered from them on a Thursday, and then they left me a message saying there was a problem verifying my order.

I called their customer service number to see what the problem was. According to their representative, she said that the bank put an access block on them and that I needed to call the bank. She then put the bank representative on the line.

When they asked me my account number, something smelled fishy to me. When I asked why they needed to my bank account number, the GC rep said that Guitar Center wanted to verify the information did their own stop on the order. This was not what they originally told me along with the fact that the bank rep was dialed for me as opposed to letting me dial them on my own kept saying "SCAM!" in my mind. After asking why a $500 order needed verifying when my card went through just fine for an order that costs well over a grand, they couldn't get their story straight. Eventually, I got tired of the BS and asked them to cancel the order.

To top it off, they actually had the audacity of attempting to charge me a $34 sales tax despite the fact that in order to be charged a sales tax, I'd have to purchase something in the first place. I checked with the bank before they can attempt to bill me and reported it as a fraudulent charge.

My friends, do NOT order anything online from Guitar Center unless you want to run the risk of getting ripped off by an unscrupulous employee. Either go to one of their stores or backorder want you need at a local shop.

Guitar Center
58
%
This company definitely cares about its customers and responds to overwhelming majority of complaints.