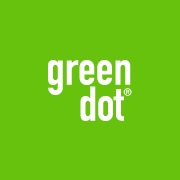 Having problems with Green Dot?

ComplaintsBoard.com is not affiliated, associated, authorized, endorsed by, or in any way officially connected with Green Dot.

My name is Tony Bobet. I resided at 1710 Seward Avenue, Bronx, New York City, 10473, Apartment# 5-G. i call the company to file an dispute that i didn't charge. i never charge of anything from other places. In the below of this page i will put down the location and the charge at my account. I am not will put my credit card information. i will put the date and location of the charges.

Here is the charges:

These are the charge i am dispute of my card. I call them today, April 25, 2019. And, they the solution and they're going to send me a new card.

Next i will have to be careful with my new card.

Intuit signed me up for a GreenDot card, without my permission. It took 4 days to figure out that who was responsible - Green Dot or Intuit. Both claimed I didn't have an account. Green Dot finally admitted that someone had set up an account in my name, and my refund was there. They then refused me access, saying I would need to pay for a new card, and then re-set up an account, all the while, my social and date of birth failed to bring up an account in their automated system. The first rep 'blocked' the account, and then hung up on me. The second refused to do anything until I sent her my driver's license, Social, and utility bill to an unsecured email. Given that they'd pretty much admitted to allowing somoene to steal my identity, I was not willing to do so. She then said she could try to have someone call me back, but it could take up to a month for anything to get fixed.

I know it's pennies on the dollars. But it's not even the tax refund now - my identiy is possibly been stolen and their response was to make it worse. Not better.

I am worried and upset and i'm not understanding what to do
But here is what he said to do today.. And here is my daughter's school id.. I had to..
Nevaeh wells ss #[protected]. This is name on one of cards and here is her school id.. I made the complaint as soon as I noticed they were gone.. I went up to store and fbsy said they did not have them.. One of the workers helped me load them and I haven't seen them since.. I thought maybe I hid them or threw them away with all the paper work but when I called you he said there had been activity.. So they are stolen and I would like to press charges because I needed those for pir easter trip and now i'm home myself

Samantha s.williams
1708 3rd Brownwood tx, 76803 apt.7
[protected]
S.S.# [protected]- Birthday-01-22-1975
[protected]@gmail.com
My turbo card was stolen out of my mailbox I was getting 1115 back I filed single I don't know the last four numbers on the card because I was never received it I've been trying to get it back since March 20th when I found out that it was mailed out and somebody had taken it please help me try to get my refund back or find out whoever stole it my house was broken into two weeks prior to this is the only thing I could think of how they could have got my information I asked this time if maybe it could be deposited into my account instead of put on into a card it should have been deposited into my account anyway with some reason it was sent a card please help me resolve this matter and trying to get my money back thank you sincerely Samantha s Williams

Greendot charged me a monthly fee when I havnt had the service for a month yet. I didn't want to pay the fee with the very little money I had on there. I wanted to pay on the 1st when I got paid and I had actuly used them for a month. If this cannot be resolved then I will cancel my business with greendot and I will instruct all people in my organization to do so as well

On March the 11th I tried loading a 500.00 dollar money pal to my card when I got to the upload I'd I did it said accepted then it sends me a email saying it didn't to go back and do a refund so I did it said I would get it in 1 to 2 weeks it's been a month and I have not heard anything from them please help me I need this money I have tried to call numbers on the internet and have not been able to get anyone to talk to I am very disappointed with how this has turned out so far please help resolve this I very much need this money

Greendot never sent me a card in the mail as promised. They canceled my in-store card. I can't call without an active card, got another greendot card just to call and they hang up on me, . I just want the money I worked hard for and I have no access to it at all. Please help me.. I had direct deposit set to my account for my job. I got paid $640.80 and it still sits there "as pictures show", they took their new card replacement fees and monthly $8 fee already so it's a little less then stated, . No one is seeming to be able to help and I work all the time so I don't have much time to really build up anything or research what I need to do, I really need my money with everything that is going on in life it would help out so damn much. Please if you can do anything or can lead me on the right path I would really appreciate it, have a goodnight.

As an employer, I tried to contact Green Dot Bank to inquire about an employee's direct deposit that was not reflected on his account. After spending 30 minutes navigating through the menus and waiting on hold, someone finally picked up. However before even inquiring as to what I was calling about, was told they would transfer me to the appropriate customer service agent to help me. Really? They couldn't possibly know, as they never asked what the issue was. When the "appropriate" customer service agent eventually came on the line, before I could identify myself and state that my employee's account isn't reflecting his direct deposit; I was transferred to a recorded message about filing a dispute (which also stated it would take up to 5-10 business days). This is unacceptable customer service. This is someone's paycheck. It warrants at the very least looking up the account and minimal investigation. They did NOTHING to look into why it wasn't showing on his account. They did not even give me the respect to listen to what the problem was before transferring my call to a pre-recorded message. I would imagine this is probably a violation of banking laws, but it is without question the worst customer service I have ever experienced. Going forward, I will strongly suggest to my employees they should use a different bank.

I purchased a walmart mastercard and had over 300.00 unauthorized charges. I disputed it and they denied it. I have lived in one city and county all of my life. These charges on my card are from cross the boarder fees and crazy transactions I have never heard of. I did not make these purchases and no one has possession of my card but me!! I want my money back, its not fair!!! The charges were all on march 18th 2019.. Two of them were 153.69 each from a skladzio. Ru.. Jesus, I cant even pronounce. The agent from walmartcard phone was irritated she had to dispute.. Please help!!! I want a refund!! My dispute reference is [protected],!!!

I have been calling and emailing customer service for the Turbotax card since February because I never received a card. I can't do anything because I never got a card to activate account..They also have my address wrong. I have sent to form of proof of address along with my state ID card and still nothing.I have been put on hold, hung up on, laughed at and they are committing fraud.They have given me over four case number and given every excuse to why my account hasn't been update.It is almost April and I still don't have a card or answers...

I've moved since i've gotten my card i've been trying to change my address so I can make a transaction that has to have correct mailing address it won't allow me to do so online like the people told me to do you say for security purposes you can't do it without me going to verify my docs yet it won't allow me to do so, i've verified all of the questions asked my social my birthday my address my number name everything this is ridiculous I need my address changed!

Got a load and go card at walgreens and it was 400 and its been 6 days and all kinds of stalling and I still cant use it. Even sent paer work card pic walgreen reciept still no money no fix no results. Talked to johnathon said it would be fixed in a couple hrs.5 hrs later after I posted a comment he calls and says the reciept I sent needs more info on it>??? Told he was recording our call I said good 3/4 in conversation I said oh yea I am recording this call he said you recording I said yes you are to he said cant talk hung up. This is a load and go card with no registration active on the reciept in!% min and still almost 7 days cant use it

I absolutely hate those photo displays which make you select objects to verify that you are a human...

I bought a green dot card a couple months ago set it all up and got my new card with my name on it mailed to...

It's been over a week and I'm still not able to my card or access the cash my own money. The card started declining all transactions, I've even been sent a new still not working and calling customer service is horrible they read a script before looking at the account trying to blam anything weather froud after many many asking for a supervisor waist of time. I got one one the phone thatt looked at my account and seen right away something was wrong he escalated, now I'm waiting to hear back from them. This has been the worse credit card experience I've had. Not happy at all with Green Dot

I have sent numerous emails about this and have had no results. I pondering contacting an attorney due to the financial distress this has put me in.

Loaded a MoneyPak and it was to go to my active card in the APP. Instead, it went to a closed acct I no longer have.

I have sent the receipts of the moneypak purchase, the money pak # and it was to load $310.

I would like a refund or directed to who owes me my money.

Green Dot
22
%
Not bad, but could've been way better. This company does respond, but not as often as you'd expect them to.