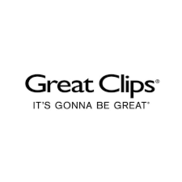 Having problems with Great Clips?

I was fired from Great Clips because I told my manager that I did not feel comfortable working alone on the weekend to close the shop by myself. My manager gave me a very bad haircut. My bangs were a short spike and she went scissor happy on my hair with the thinning shears. Great Clips was always on me to do the haircuts in under 13 minutes from the time the customer is checked in on the computer to the time they pay is clocked on the computer. They threatenened to fire us is we did not consistantly do haircuts in 13 minutes. The requirement to work there is to do a minimum of 3 haircuts per hour. And when it was slow, if you wanted to keep your job, you are supposed to clock out until a customer walks in. They also constantly threatened to fire us if we did not sell at least 10% in products sales. And their products selection was very limited to products nobody wanted. I was the only moral, married stylist who worked there. The coworkers there always offended me with their inappropriate conversations about going to bars, sex, and how they get away with cheating welfare, and also the ### they date.

Stylist at a Great Clips frnachise recommended a product and said satisfaction was guaranteed or return product for a full refund. Receipt clearly states Great Clips has a commitment to full satisfaction or refund. When I returned the product, they don't do credit card refunds. So, I'm out of luck. No one said that up front. I've emailed corporate and am notifying BBB, and the Consumer Protection Division at the State Attorney's office. I'm also emailing all my contacts, plus my 50+ female coworkers and asking them to forward my complaint to their contact lists. It's not a large amount, but they'll more than pay that amount in lost business and they'll have no one to blame but themselves.

For anyone out their planning on going to this place beware... This salon changes stylist like I change my...

I went to this place with my daugther and mother, and we have this lady (Kelly) to help us she was the...

Attention all licenced stylist, Do you like working for low pay, non set hours, no benefits, no holiday...

Just came out of a Great Clips in Chattanooga TN on Cummings Highway in Lookout Valley. Went in with hair to my butt, came out with 6 -15 inches less because they butchered me. Then got lied to and disrespected by both stylist and manager. They even refused to give a full refund. The hairstylist I had to go to afterwords was shocked at the damage done, and could do nothing to save the style other than say take prenatal vitamins and grow it out again. Beware of going in their stores, they will ruin your hair, lie to you, and keep your money, AND LAUGH ABOUT IT IN FRONT OF YOU.

Terrible haircut!!! During this past weekend I had aterrible experience... My stylist didnt even greet me and ranked of alcohol and her eyes was blood shot... I did get her name till she was cuttin my eyebrow and was boom barded with her breath and her clevage that jus jumped out at me (Emilie).. I have been a loyal customer for years and was excite when yall finally built one closer and i didnt have to drive and hour to get to. I will not ever return to a great clips again... Find some stylist who respect there job and dont do drugs. I also noticed that her licence was not in view so she might not even be a licenced stlyist. I also know the state board heath inspector and yall will be getting a visit in a few weeks.. she jus had poor hygen issues and was very unprofessional.

Greatclips concept is great, but the franchisees do not follow the guidelines of the BRAND NAME to be...

I worked as a stylist at Great Clips in Georgia. Within a year of my employment, the theft ring within the salon(crackheads and drunken stylist)stole my diamond ring out of my purse. Three months after I filed the report the police department claimed I waited to long. I later learned the manager had a family member who owned a pawn shop. They all had worked this game for a long time. Small town crooks running long term schemes. A frequent customer informed me about other stylist and customer jewelry that turned up missing but never reported.

We visited the Exton PA Great Clips location today being a repeat customer of many years, we expected great...

so ive been a loyal customer for great clips in victorville, ca for many years and i like going a certain stylist (francine) but for some reason or another for the bast month in a half i could never catch her on a weekend i call in to see if she"ll be in and she seems to always be off for the weekend. no i dont call every weekend but just about every other and the same response...and during the week in just inconvenient to me...so i guess this is good bye francine and great clips you just lost a great customer!!!

In febuaury 2010 I Erica Bass put in my request off days for the month of May.Ms. Tammy Miller (MY...

screwed up my son's hair

°My 14 year old son has been growing his hair out for almost a year. It looks good but he needed it trimmed just a bit. He actually asked to get a trim so off we go. We had recently moved so I thought I would try the Great Clips down the street as a matter of convenience plus I was in a major hurry that day. We get there (Canyon Park store) and Jeff, one of the stylists takes him back. I go back with him at first and explain to Jeff that he likes his hair long but wants a little of the weight taken off and slightly trimmed. I go to the waiting area.

A little while later my son comes out Looking almost like Jim Carey in Dumb and Dumber! I say, "that's a lot shorter than we wanted" and he just said it was a nice neat haircut and it looked good. WTF? Needless to say, my kid was pissed (remember...he is 14 AND just started a new school). We got out to the car and I notice he still has a several hairs that are way long in the front (obviously missed) his neck is cut up from the clippers, it's all uneven and choppy and it wasn't even washed. I was in a major hurry and unfortunately had to go.

Called our usual gal from the car and she said to bring him in. I had a lot do that day and couldn't go for several hours so my kid wore a hood the entire time we were out. I felt terrible. When we got to Hairmasters she couldn't believe what a butcher job they had done on him. In fact, all the girls at the place were surprised at how bad it looked. Well, she fixed it...and it's really short now but at least looks good.

Tried to do something simple and get my kid a haircut and it turned into a huge ordeal, cost me twice what it should have and took three times longer than it should have. Kinda tough when wasting time or money is not my thing.

I did not go back to that store and I definitely won't. I'm sure instead of a refund they will offer to "fix" it. No thanks. I have however written to their corporate office and issued my complaint. Will I get a response or even an acknowledgement? who knows but at least I feel better.

Lesson learned...Once you find a service provider who takes pride in their work and delivers quality...stick with `em. Shortcuts will get you nowhere.

I had a haircut at great clips, milestone centre, Maryland-20876. Lady named Margrita cut my hair and it wa...

I went to Great Clips for the first time ever, to have the ends of my hair clipped. For the convienance, I...

I was hired on at granite city great clips and found out they had a staff that were all drug user, when you ask if great clips drug test there staff you found out they don't, and birds in a feather flock together i was terminated, because i know that 21 years of cutting hair I'm a excellent stylist clean and sober and bow my head and pray to Jesus and not a pot plant.I felt like i was in high school, the professionalism of the staff was awful and all staff expect myself should have fired because of the drug used among them.I WAS LET GO SO THEY WOUDNT BE FOUND OUT AND I WILL NOT LET GO OF THIS BECAUSE ITS NOT RIGHT TO FIRE SOMEONE ON FALSE PRETENSE TO SAVE A DRUG ADDICT.

the worst company to work for

I have worked for Great Clips for two years.There are two shops in winchester there is winchester station and...

Wow! Glad to see complaints from other stylists on here! This company sux! Only numbers matter, creativity i...

Great Clips
1
%
Doing nothing would be this company's favorite pastime, if they had the energy for it.