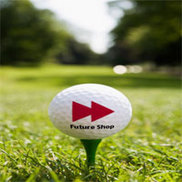 Having problems with Future Shop?

PSP not worth the price!

Purchased 600.00 monitor. At the time also purchased their PSP - 5 year warranty in case there was in issues, always like to be safe then sorry. A year and half later there is issue with monitor. Take it back to Futureshop, warranty in hand. They send it away to see if it can be fixed - 4-6 weeks later, called back. Monitor can't be fixed, with the warranty they can replace it with a comparable product. Went to Futureshop today. There is nothing comparable to the monitor, the only one that came close was 999.00 - 27 inch. My original one was 599.99 (out of box)- 21 inches, with 4 USB ports, SV inputs, and the screen could rotate. Their warranty says, replacement with a comparable item. Too bad they don't actually mean it. I was losing a couple of features from my original, but I thought great, 27 inches is nice. We get up to the return counter, and they balked. They would give us an in store credit for the one we had purchased and that was it. Forget it. We got our money back, plus the cost of the useless PSP warranty. Total they paid us back was $885.00. We would have paid out an additional $300 for another warranty, plus we are looking at getting a Sony Alpha package ($1500.00 approx.). Well, we are not going to buy it from Futureshop. We have spent literally thousands of dollars there. Not 1 more cent am I going to drop there. It's too bad they treat the customers the way they do. In the end they lose out on money, but I'm sure there will be other suckers to replace us. I pity them.

In the summer of 2006 I purchased a digital camera at the downtown Toronto store (Unit 351 – 353 Yonge St, [protected]). I also purchased a the 'Product Service Plan" warranty for it, just in case. Unfortunately within about 6 months of owning the camera one of the buttons stopped functioning. I took the camera back to the store, and the first thing I was told is that there is nothing they could do as I purchased the camera 6 months ago. When I told the staff I had a PSP - it shut them up, and forced them to actually attempt to service me. Basically, I was told that they would send the camera in for repair - which would take 3-6 weeks. If for some reason they couldn't repair it in time or the camera wasn't returned within 90 days, "they would exchange it."

However, I contacted the store this morning and was told that my camera was not fixed, and would be sent back to the store for me to pick up “some time next week” as Olympus does not give Future Shop the right to fix their product within the 1st year of purchase. I asked the staffer why I was not told this when I dropped the camera off at the store, instead of them pretending that they would be able to "fix the camera". He said he didn't know but they shouldn't have told me that. I then asked why Future Shop couldn't just exchange the camera for me, he told me they wouldn't do that and that I would have to call Olympus directly and get them to fix the camera for me. I realized at this point that this staffer, did not care about my problem and did not want to help me resolve it. His job was basically to get rid of me as fast as possible and to ensure that Future Shop did not lose any money.

I have decided not to take this situation lying down & I will fight this. I have already contacted the FutureShop Canada "service centre" via email and will follow up with a call to the store manager, the call centre and Head Office if I have to. After I resolve this issue to my satisfaction I will never shop at Future Shop or Best Buy ever again.

Do not shop at this store EVER - they do not care about you as a customer and no matter how expensive the product you bought was - they will NOT return your money for you or exchange it. And do not purchase their warranty as its a scam.

Sell defective appliances and not replace

I purchased a Maytag Performa Washer and Dryer team as well as a General Electric Portable Dishwasher on June...

Future Shop
0
%
Doing nothing would be this company's favorite pastime, if they had the energy for it.