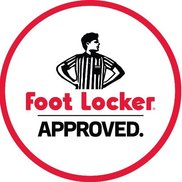 Having problems with Foot Locker?

They may be nice when you want to purchase an item but buyer beware. I have had now 3 incidents with the horton plaza location in san diego ca. I have been trying to make a return and the first time I didn't have my receipt and wanted a store credit and was told they don't have them and that I would need to hang onto the items and exchange them when I am ready. Anyways brian the store manager.. I don't know how the hell that could have happened was extremely rude. He appeared to have a personal problem with my husband and i. I have never been treated so inhumanly in my life.

There are other places that would treat you well and respect you and welcome your business.

I purchased a pair of nike trainers in my local footlocker on sunday, 22 july. Upon trying them on a few times at home, I realized they were a bit too tight, so at the first opportunity, i.e. Five days later, I returned them, requesting a bigger size. I was flabbergasted when the assistant told me (and this beggars belief) that, because I hadn't kept the box, they couldn't do the exchange. I tried to reason with said shop assistant, but was getting nowhere, so I asked to speak to someone in authority, i.e. A manager.

He basically gave me the same mantra, which I obviously wasn't going to accept. I tried to explain in words of one syllable that nowhere on the receipt did it say "no exchange without original box", and for a shoe shop to claim they couldn't re-sell them because they didn't have a box to put the m in was totally ludicrous.

Eventually, after much to-ing and fro-ing, the manager told me to come back on saturday, as their till wasn't working (???) and he couldn't do the exchange that day. I am venturing back in there on saturday, but if I don't have a satisfactory outcome, I will be bringing this to the attention of trading standards and, indeed, which magazine, as I feel the public have a right to know about the dreadful customer service on offer at footlocker.

I can safely say I will never make another purchase at this store, and in future will buy my sports wear from a reliable store.

Several months ago me and my cousin and a friend went 2 the at 5am in the morning 2 stand online for 6 hours for a pair of rare michael jordan sneakers that cost 300.00 dollars. The store manager arrived at about 8:00 am, at around 10:15 the store and there workers anounced they didnt have more than half of the sizes most of the people standing online needed. What I dont understand is how can you not have something available when they didnt sell any shoes yet. Well come to find out that the store manager and some of the employees already had purchase the shoes for themselves and friends and we were not able 2 get them. Its so unfair my complaint is that the store if there going to allow us to hang out in front of the store and also have people sleep over night 2 wait for an item, the store manager shoe order extra pairs of shoe for him and his employees seperate from the customers purchase, it was a mad house that day and to spend all that time waiting, waiting, and waiting 2 get nothing its just not right and I will never support that store again something have 2 be done bout these store who does this.

I was about to buying 2 pair of shoes from 'new opening' foot locker at george st (near woolworth supermarket...

where are the proper women's shorts??

As a basketball player I understand the necessity for having proper shorts at an appropriate length for a game of sport. A little while ago I bought an excellent pair of navy blue mesh converse women's shorts. They were the perfect length being mid thigh, and they had a very comfortable and non see through cotton underlay and then the mesh stitched in on top. Imagine my disgust when I went to get a new pair that no sporting good store stock these types of women's shorts anymore... Why not??? Are we not entitled to have a specific women's playing short anymore, or companies simply not making them anymore?? I was appalled at being told to buy the mens shorts which would need to be a junior size to fit and come down to either knee length or past, I cannot play in those shorts. The champion brand looked promising on the hanger, until you try them on to find that you need to go a size bigger than normal so their tiny shaped legs will fit which then leave them lose around your hips, they also have a nylon type see through clingy material under the mesh. I also refuse to step out onto the court in a pair of shorts that only just cover my # if i'm lucky, i'm there to play a game of sport and get a work out, not show everyone what is underneath my shorts each time I move... Come on companies pick up your game, women are a major product buyer and also play sports (shockingly enough). All of the stores I visited, rebel sports, amart, foot locker to name a few had the same story, sorry we don't stock them anymore, everyone always asks for them but we just don't have them, if you want some go to the men's section... If anyone knows where I can find some please advise, otherwise companies why don't think about how much money you're losing by not stocking them, I can think of at least 10 people immediately who would buy them regularly..

Bought 3 pairs of nike shoes for my kids' christmas and as it turns out, 2 of the 3 didn't fit well. So I took them back with receipt in hand only to be told they could not exchange them because there was a little "crease" on the top from where they tried the shoes on! I wasn't going to stand for that so I demanded to speak to the manager. After arguing with him for what seemed to be an eternity, they finally let me exchange them. Lots of wasted time and energy for nothing!

My wife recently purchase a pair of nike sneakers from foot locker at plymouth meeting mall, pennsylvania. I...

Foot Locker
1
%
Doing nothing would be this company's favorite pastime, if they had the energy for it.