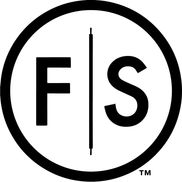 I went to Fantastic Sam's yesterday and came out with the worst haircut I have ever had!! It looked good...

They let me wait while they sit and chat, then ruined my hair with uneven cut, over cut 3 inch than I told her... pissed me off.
NEVER GO THERE AGAIN EVEN IT FREE - or I will get un-trained people with lack of basic skill and customer service.

My 92 year old Mom wanted a Permanent in her hair for Christmas. I took her to Fantastic Sams located at...

I went in yesterday to Fantastic Sams to get my hair cut, dyed and highlighted. The manager is the one who did my hair 5 hours later I was left with purple, brown, pink and blonde hair. She also used clippers and shaved the back of my hair. I went in and asked for an inverted bob and a red brown with blonde highlights. What I left with was horrible. My mother called in to get the owners name and phone number and the manager who did my hair told her that the owner said for no one to speak to us any more that they would fix it. Why would I ever go back to the woman who took 5 hours to turn my hair 5 different colors and shave my head! I deserve a refund!

The manager Tammy did my hair, what I asked for was an inverted bob and brown and blonde highligts. My hair...

I visited fantastic sams last week to get my hair colored before my wedding. I asked for a full foil and all...

I called the day before to check around on prices for a highlight and cut because I had an exact amount of money to spend, I called a few places and finally called Fantastic Sam's in Boonton, NJ. I specifically told them I had a certain amount of money to spend and they stated that the total cost would be $50 for highlights and $25 for a cut so the total was to be $75.00.

I called once again before coming and even stated to them "Hey I have an appointment in a couple hours for a highlight and cut and I need to know the total price so I can bring the exact cash with me" once again they informed me it will be no more than $75.00 total. I went in and Kelly cut and foil highlighted my hair. Just so you know I have very short hair. Ive had this procedure done a million times in my life and it went as normal and took about the same amount of time and work as any other time Ive had a highlight/cut done. Nothing special happened nothing more or less than was supposed to. Upon checking out the receptionist said "Okay that'll be $102.95. I was like um, I called two times to be ensured that it was $75.00 and the stylist was standing right there and said well I had to do extra work on your hair and had to use six extra foils and charge $4 for each extra foil so the extra wortk she did came to almost $30 more than promised. I was embarrasssed because I did not bring $102 as I was ensured two separate times it was going to be $75. I had to go get my credit card and use that!! This pissed me off totally!! Then she was like d"okay how much tip will you be leaving on your card today? Not like would you like to leave a tip... I even gave a decent cash tip even after being ripped off and that didn't seem to please anyone. So basically I spent over $110 for something promised to be $75 or less. Most of the reason I'm mad is because I called TWICE to MAKE SURE of the price and I also am upset because I am 100% sure there was no EXTRA work done or any EXTRA foil used on my already short hair!

UPDATE: So my husband works next door and went to talk to the manager and was told we'd get a refund if I was not told ahead of time about the charge and that the manager was going to speak to the stylist Kelly and ask her if she informed me of the extra money (which I'm 100% sure she DID NOT TELL ME) The manager never got back to him so he called back and she said that per Kelly she told me because the manager told him "sorry we arent going to be able to help you have a nice day honey" and hung up on him...

NEVER GO THERE - or you will get un-trained people with lack of basic customer service skills. spend the extra money, even just for a trim or you might have 4 inches cut off your hair and pieces sticking out and rude people telling you to "ENJOY" the horrific hair cut. went to have my hair TRIMMED. Was about 3 inches lower than my shoulder. simple hair cut, long layers on very straight hair, they ended up TAKING OVER 2 inches, now at my shoulder length, not even 10 minutes on it and i left with wet hair. got home, it dried i was HORRIFIED. IT looked like my 2 yr old neighbor took the scissors to my head. There were pieces just CUT up to my CHIN STICKING OUT.Called back and they told me to come back and that the head stylist/manager would fix my hair free of charge. went back, she was very rude as i was sitting there in tears. TOLD ME THE HAIR CUT WAS A GOOD ONE THEN OVER 2 INCHES WERE CUT OFF AGAIN AND NOW MY HAIR WAS UP TO MY CHIN. The parts that were sticking out didn't look as bad, not like a child cut them, but still just as outrageous. she told me "GO DYE YOUR HAIR AND THE HAIR CUT WILL LOOK LIKE IT SHOULD" two days later, asked for my money back. then was told to enjoy the bad hair cut.

with hold of paycheck

With holding of a last paycheck and then taken some deductions out of it without my agreement. I asked to...

i went to fantastic sams hair salon in inverness fla on monday may11, for just a hair tri. and to have my...

they burnt my head!

I went there to get a simple highlights. Nothing out of the ordinary. She did the highlights in foils. Everything was fine until I got under the dryer. The back of my head started to burn terribly. I jumped up and started puling the foils out of my head since the hairdresser would not. This resulted in my hair falling out and having a bald blistered open wound on the back of my head that was about 2"x2". Took five months and about 20 doctor visits to get the wound healed. It was still bald. I was then referred to a plastic surgeon. I have since had 3 surgeries trying to replace the hair. Nothing has worked and I still have a bald spot along with hideous scars from all the surgeries now. The plastic surgeon did a scar revision too. That part is still awful. I have a lawsuit against them. I would not suggest going to Fantastic Sams, at least in Florida.

I worked for Fantastic Sams three different times. I am not sure about their health benefits, It depends on the Franchise owners if they send you to their knowlegde classes on colors, perms and prouducts. The classes are great, good information. It depends on the franchise owners, if your hours will be divided between one or more shops, your schedule might not be the same each week, and you get sent home when it's slow. your down time might be spent cleaning things that ARE ALREADY CLEAN.

I used to work for these fake people. They are the worst people to work for. They promise you one thing and do another. The owners claim to be Christians and talk more about the people that come in there than i have ever seen. I hope they go down in business and i will see that they do. my clients refuse to go in there because of the atmosphere they have made. When the owners come in everyone freezes because she is so bipolar you never know what you are going to get. For anyone that goes there please don't waste your money and support these fake owners that treat their employees like crap!!!

My Wife went there today for a simple hair trim. Her hair is straight, parted in the middle. She asked for it to be trimmed to the level of her chin. The result was a VERY uneven cut, above the bottom of her ears. They left her hair wet and uncombed. I was shocked to see her when she arrived home. She wept after looking at herself in the mirror. Her hair looks like that of a little boy.

I called to complain, to be greeted by a woman (Nora) who spoke in broken english and hung up on me when I asked to speak to the management. I called back two more times, and reached an women who spoke good english. She told me that one of the owners would respond to my call, but 'don't hold your breath'. No response to that call, WELCOME TO AMERICA 2008!

Fantastic Sams Cut & Color
1
%
Doing nothing would be this company's favorite pastime, if they had the energy for it.