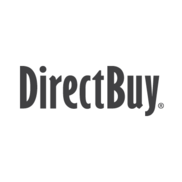 Having problems with DirectBuy?

beware of this company

I read some of the other people's defense about this company. I am happy for the savings the savings they got. What I am trying to do here is to let everyone aware that they need to really think and not make hasty decision to be a member of this company.


In my case I DID NOT make any savings at all and I know I will not recover my membership fees. Heres why:


1. Direct buy adds 8% of the cost of merchandise for handling fee plus the shipping fee and can only be ship to their warehouse which means you have to take a trip to pick the goods and maybe hire a truck. Regular store usually has no handling fee and usually waive shipping fee if you reach certain amount plus they will deliver it to your home. Right there the 30% savings you hope will be gone.


2. Direct buy take months to fulfill the order. Most of the order are 6 to 13 weeks. They will give you an estimated delivery date but that date is from the manufacturer to leave from their house so you have to wait another 2 weeks if it is in time but if it is not GOODLUCK. If you want your money back for unfulfilled delivery Direct buy will not refund the money unless the manufacturer will cancel it. Usually it takes ages because your local chain will have to contact corporate then corporate will contact manufacturer and vice versa. Too bureaucratic and slow. Your looking at 2 to 3 weeks to get an answer and to get the refund who knows. I would imagine it will be a nightmare to return a defective product. With the regular retail store they will give the best customer service because they want your business with direct buy they dont care you already sign the contract and got your money.


3. If you really look and shop around for sale items you can easily beat the prices at direct buy. Best of all you can save the $5000 membership fee.


For some people who made comments that members that complaint are on welfare and uneducated YOU MADE A MISTAKE. I believe that members are from upper middle class or else they dont have the money to spend the pricey membership fee. Our mistake was we are hasty in our decision did not do enough research about this immoral business practice of this company. SO TO ALL OF YOU OUT THERE. BEWARE OF THIS COMPANY

I have posted this message to every website to warn people of this terrible business practice. I have been a...

We joined DirectBuy almost 2 years ago planning to purchase items for a major home improvement project which included cabinets. We had priced Omega cabinets at a couple of locations prior to going into DirectBuy and they did a preliminary quote which indicated that we would save about $20,000. When all was said and done, we probably only saved about $5,000 on the cabinets but what we found is that DirectBuy offers absolutely no assistance in product selection and service with their vendors, especially when it came to the Omega cabinet line. (When we were done, the warehouse guy told me I should have ordered Brookline)

The Omega cabinets had many quality problems and DirectBuy initially refused to assist us. When we went direct to Omega, they refused to deal with us claiming that DirectBuy, as the dealer was to provide that service. Our project was delayed several months because of the runaround we got. We would have received absolutely no cooperation from DirectBuy had it not been for the fact that we backed out the entire charge with Visa until the issue was resolved and filed a complaint with the Better Business Bureau.

We made many other purchases through DirectBuy for the remodeling project and found that once DirectBuy added on the handling and shipping charges, my savings was 10% at best. Many items were in fact cheaper and faster for me to order through other sources. Of course, I was disappointed many times when DirectBuy did not carry the brand I wanted so I ended up purchasing the item elsewhere.

I never did purchase appliances through DirectBuy because I was concerned about after-sale service. The owners suggested a contact with ABT in Chicago for discount pricing for DirectBuy members. I discovered accidentally that I was better off going into ABT as a regular consumer - pricing was better. This is very suspicious to say the least.

There have been times, when I wanted to purchase something and the color-match information, etc. was not available at the store. This is frustrating when you spend time driving there, going through all of the books looking for what you need, then to find out you don't have what you need to order. Again, there is no assistance so if you expect help and service, this is not for you. Also, if you are a savvy Internet shopper and live in a large metropolitan area, you will likely do better without this membership.

Remember, DirectBuy will say they don't have a markup but in fact, most everything is marked up at least 8% for handling, then you also pay shipping and tax. I think when people say they saved a lot of money at DirectBuy they are comparing to retail but I rarely pay retail anyway. I always wait for the sales and deals so if you are that kind of consumer and expect some service, then DirectBuy membership is not for you.

DirectBuy is proud of their web site but I think it is cumbersome to use from the standpoint of searching and comparing products. It is a waste of time unless you know exactly what you want and then, not everything is on the web site so you really can't shop from home.

I believe what I experienced at DirectBuy is a reflection of their business model. They make their money up front with the big membership fee so they don't need to service their members afterward. DirectBuy is a marketing organization, not a service organization. I suspect their renewals at 2 years are extremely low. My membership renewal is due this November and I don't think it is worth it for me to renew for $200.

avoiding to deal with directbuy!

I wanted to start an email to warn people of DirectBuy, and how they conduct business. My husband and I are...

poorly run business and a rip off!

Do NOT sign up for a Direct Buy membership. The free visit requires that you pay $4,000 that day for your...

You must pay $4000.00 up front to join Direct Buy. You are supposed to get the same quality furniture that is sold in the stores. Instead they send the seconds,the poorest quality, and the broken pieces.

I received a love seat that was broken underneath, a couch where the wicker pieces were cracked and now the wicker reeds are breaking off.

My dining room table that has a leaf was sent with one piece of glass to fit the table when it seats six. When the leaf is in the glass top obvious does not fit a table for eight. Also the leaf does not fit this table. It is unusable. It was made for another table.

When they do return my call which is about 1 in 20 calls they say they are going to do something about it but they never do.

I ordered this in May and they lost it en route. I received this furniture in September. It is guaranteed to be here in 60-90 days.

DirectBuy
65
%
This company definitely cares about its customers and responds to overwhelming majority of complaints.