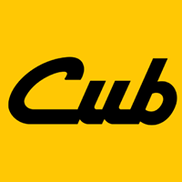 Having problems with Cub Cadet?

Cub Cadet reviews first appeared on Complaints Board on May 24, 2007. The latest review Mower sc500z was posted on Aug 13, 2021. The latest complaint Horrible Customer Service and Unfairly Voided Warranty and Sexism was resolved on Jul 30, 2013. Cub Cadet has an average consumer rating of 2 stars from 76 reviews. Cub Cadet has resolved 12 complaints.

ComplaintsBoard.com is not affiliated, associated, authorized, endorsed by, or in any way officially connected with Cub Cadet Customer Service. Initial Cub Cadet complaints should be directed to their team directly. You can find contact details for Cub Cadet above.

Use this comments board to leave complaints and reviews about Cub Cadet. Discuss the issues you have had with Cub Cadet and work with their customer service team to find a resolution.

I have a zero turn mower and earlier this summer i had a transmission on left side break an axle. They covered that part under warranty and got me back in business. Not even 4 more hours on the machine and the same thing happened on the right side now they won't cover it is this the kind of products cub cadet is making. I thought is would be good machine thats why I bought it now its turning out to be junk. I hope some will respond this I feel I got the raw deal on this one.

I bought a cub cadet enforcer. When i got it home i tested it out on my personal lawn and with in the firs five minutes the belt shredded!!! So i went on like and read about all the horror stories of similar problems. I took the mower to watermans farm and machinery. They are a local cub dealer in sabattus maine. They were verry helpful and the tech (Lee) that worked on my mower was a cub guru. He really new his stuff he adjusted the deck and tweaked here and adjusted there and the mower runs great. I mowed for 10 hours straight today with no problems. So dont give up on yo0ur enforcer all it needs is a good tech that knows what hes doing!!!

Purchased in early May 2010 new with a few hours registered??on odometer. Screeching when engaging blade...

I just bought a cub cadet LTX 1045 and a bagger. The first time I tried to use the bagger I noticed a lot of...

I just was told at your south haven michigan store that my business is no longer wanted or needed there by your not so helpfull employees.

the adjustable speed control was improperly assembled and didnt work at all, front left wheel was improperly installed, bolt was stripped out, ok fine...was willing to fix myself and forget about it.

1 week later was going to actually use the mower for first time.

now i am UN-happy.

she said "sure, bring it right on in".

when arrived at store with mower "leah"

grabbed mower from me, and i started to explain what was happening with it, she said didnt want to hear anything yet, and pushed mower into backroom to "try" a couple of "things".

comes back out with another employee, and he states there is "nothing" wrong with mower.

procceds to start it up, it sputters on start, it is still smoking and barely running.

then states that it must be an "operator" error and that i didnt have the safety lever fully engaged and the mower was "fine" and they werent going to do anything...no return, no exchange, mower was "used" and to have a nice day. goodbye!

"now i am mad" no explanation to what was the problem he "fixed", and wanted no input from me whatsoever on what mower was really doing.

i procceded to tell "leah" and the other guy that i had spent about 8 thousand dollars at this particular store over the past six months on various pneumatic tools/animal feed, fencing and welding equipment and that was a pretty crappy way to deal with a loyal customer about a $299 push mower that was basiclly broken before i even had gotten it home and that and i was going to contact TSC corporate and Cub-Cadet about this complete failure to even "attempt" to stand by the product that they were selling.

manager "leah" then told me, FINE you can have your money back, and so much as told me my business was no longer wanted or appreciated at TSC and here is your money, GET out!

i am not one to fire off cranky complaining emails on a whim, but in my personal experience with over 10 years of customer service, i have NEVER seen a as such a poor example of on how to handle a customer with a legitimate problem with such a seriously defective product..

was really just told it was fine and nothing was wrong with mower and maybe i was too dumb to use it and we were actually just lying about the wheel and speed adjustment problem, and the backfiring and smoke was just imaginary!

a totally-unbelievable and embarrassing experience in front of other store staff and shoppers.

i would jst like to say that up until this point that i was a very happy and loyal TSC customer/shopper and spent a large part of my farming and equipment budget at your store annually.

but due to this incident with manager "leah" and the other rude employee that speculated on my "imaginary" problems with this mower, that this will regrettably no longer be the case.

Purchased at Lowes for $3, 000. Mowed 3 acres for four seasons. Drive shaft broke, got it fixed at authorized...

Cub Cadets are nothing but a money pit. We purchased our RZT 50 three years ago from Lowes. Like most people...

The complaint has been investigated and
resolved to the customer's satisfaction
Resolved Cub Cadet And Carns Equipment Of Clearfield, PA — intensionaly poor quality and no customer service

I have been trying to resolve my issue with Cub Cadet and Carns Equipment of Clearfield, PA for years. Tow...

We bought a new Cub Cadet in June. After 15 mowing hours, the blades need to be replaced because they are...

I have a Cub Cadet RZT 50 zero turn mower that I bought new in August 2006. I only use it to cut my own lawn. I have 3 acres of grass, no rocks, and no problems with my lawn. I noticed 2 weeks ago that I had "scalped" the grass when I cut it. I pulled out the owners manual and read about the deck adjustment. I tried that, but noticed when I went to measure distance from blade to ground on right side that the blade wobled. I took off the pully cover and low and behold, the deck itself has stress cracks on the right side, and one of the legs that bolt onto the deck had also broken off. Has anyone else had a problem with stress cracks?

Dear Cub Cadet, We bought a new mower from Farm and Fleet about a month ago. After the first time mowing...

I bought a Cub Cadet LT 1045 in September of 2006. The mower blade drive belt started throwing off in the...

Cub Cadet Enforcer — Dealers will not honor the warranty

I have purchased a Cub Cadet Enforcer. It has 7 hours on it and has broken twice. The brake breaks and...

I purchased a mid line Cub Cadet ztr mower in the Fall of '05 about 3 weeks before mowing season wa...

Cub Cadet
16
%
Not bad, but could've been way better. This company does respond, but not as often as you'd expect them to.