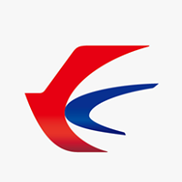 made to purchase new flights

I flew with china eastern airlines from Vancouver to Beijing to Phnom Penh. When I arrived to Beijing they would not let me continue to Phnom Penh because my passport expired in 5 months. The china eastern airlines employee told me I either had to fly back to Canada or buy a new flight to different country that would let me in. I chose to fly to Bangkok because they only require 3 months left on a passport. So, that's all fine. My fault. But she told me if I bought a new flight to Bangkok instead of returning home my previously purchased return flights would be cancelled. She also told me because my previous flight was booked with China Eastern airlines, that I HAD to book my new flights with china eastern airlines. She also put a lot of pressure on me to decide right in that moment and I couldnt sit down and take a second to figure it out.

I had to spend $2000 on new flights home, even though I feel like I should have been able to use my previously existing flights home and just buy a connecting flight to use them. I feel like if I had to buy completely new flights, I should have been able to use any airline, as China Eastern Airlines was not the cheapest option when I looked.
Because she pressured me to make a rush decision in the moment I later had to pay $400 more to adjust the date of my return flight.

Hi All, I do not know if anyone will agree with me when I post this:

OK I had planned a trip January this yr to the UK to return London to Shanghai on the 6th Of February, however I was notified that a client was visiting us in China on the 5th of February so I called and paid for another ticket London To Shanghai departing the 4th Feb. On arrival at Heathrow the snow had begun to fall (not heavily) and I went through check in, security and we boarded the Aircraft at 20.30pm with a view to Take off at 21-10pm. Please note for the relevance of this that the flight is 11hrs 15Min's and Shanghai is +8hrs at this time so set arrival was around 4pm Shanghai time. Anyway we sat and it was announced a 1hr delay..this became 2hrs...at this point I said to the stewardess "please let me off as I can catch my Tuesday flight"/..."sorry Sir we will leave soon"..in total I asked 6times as we sat waiting for 7hours+ inside the aircraft. Now note (as i did) that our ETA is 23.00hrs +1day so Sunday Pm and I live 3hrs south, I would have been able to take a bus at 16.00pm but nothing at 23.00pm and my client who if I loose costs me a lot of business each year is arriving Monday am.

Also note that I cannot contact him from inside an Aircraft to notify him I will not be there. Anyway during the flight I repeatedly asked if I would be looked after when I arrived in Shanghai..."yes Sir, I have spoken to the Pilot and he says you will be looked after"..."oh relief, even the Pilot says so".

So we arrive Shanghai 23.15hrs and after going through baggage and immigration it is now close to Midnight. Now I would expect the cabin crew to help all on board..they could not wait to run from the Airport. So now with Ground staff: Excuse me I was told that you would help me get back to Ningbo (3hrs south) we will take you to a local hotel comes the response. Well yes that only costs you 200rmb as you have a deal with them and then i am not your responsibility. Anyway basically "nothing we can do was the response" so kindly they led me to the taxi rank and I took a taxi for 3hrs + at a cost of $250to me personally to arrive home at 3am.

I had to be up for the client at 7am and fortunately I was as he continued his business with me, the whole week of meetings I was ill, full of cold, drained by my exhaustive journey.

We called China Eastern to complain they said "nothing we can do!!" eventually my Chinese wife contacted them to go through the points and details and they offered me, ready for this? $15!!!...

You can imagine what my response to this was. Now I do not know how other peoples business works but if I treated a client this way then sure i will loose him...So CHINA EASTERN your service was appalling at best and 6months later I want the world to know how you think "satisfactory service is".

To add to this: I fly a lot internally in China also and recently took a day flight down to Shenzhen returning at 21.00pm. I arrived, checked in normally and the flight was not even on the board such were the delays, do you think foreigners were informed? not at all!! anyway 1.00am the flight boarded I will not go into the details but I didn't take the flight and the service once again was worse than appalling.

Most of the announcement were made in Chinese, no response to numerous call attendant request.

Food was okay but i have bread rolls were served almost i had finished my meal and absolutely no drinks were served at the time of meal..

Shanghai to delhi was delayed by 3 hours, to add to my horror no entertainment system on this flight too and absolutely ditto service.

China Eastern Airlines Corporation
0
%
Doing nothing would be this company's favorite pastime, if they had the energy for it.