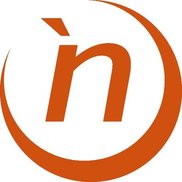 Having problems with Check 'n Go?

ComplaintsBoard.com is not affiliated, associated, authorized, endorsed by, or in any way officially connected with Check 'n Go Customer Service. Initial Check 'n Go complaints should be directed to their team directly. You can find contact details for Check 'n Go above.

Use this comments board to leave complaints and reviews about Check 'n Go. Discuss the issues you have had with Check 'n Go and work with their customer service team to find a resolution.

I had an extended payment that was due on the 31st of August. The previous clerk told me to call on the day...

On October 2nd I was contacted by [protected]; a person claiming to be a process server. He claimed he had...

I been a loyal customer since 2015I go to your store to refinance a loan but I got declined. I received a...

I just received an email from check n go and someone went into the store and tried to get money and used my name and address.I recently stayed in Cincinnati for work and I use my card for about everything. luckily they didn't get it because they didn't have proof of identity.but I don't know how they got my email address. Could you go back to dec 4 and find out who this person was? Thanks so much Cheryl skinner

After having made three of five payments on the loan and being late for a day, these people processed an...

I got a load from Check N Go in dec of last year, i paid on it for 7 months stright being on time and letting them take the money out of my account.

Well it came time for me to have it paid off and i went online to pay and it said that i was up for another $250.00 loan well i was in a pinch with money but i tried to avoided it i called them and asked them about it( it would not let me pay online) and they said that we are offering you another $250, well i refused and they kept bugging me and would not let me pay the loan off, so i took the money, well now ALMOST A YEAR LATER, i just started fighting with them, my bank refused for them to take money outta of my account and sent it back to them so they turned around and sent it to a collections agengy not 3 weeks later i had 20 calls from these people, then they tried to take all the money out of my account at once, and i went and got it all removed, cause a lady called me and talked to me and told me she was with CMG and i told ok and, and she said we need to verift your information so we can get our money back i told her i did not have the money at the time and i did not have my info on me, and i hung up 2 days later all the money they were talking about was took out of my account, i had $575.00 worth of OD fees ECT.ECT so i went ot my bank the next pay check shut my account down changed banks, and everything today aug, 31 2010, a lady called me today from a "withheld number" and i answered she said her name i asked her who she was with and she said"herself", i starte listening and she said how many payday loans do you have i said 1 and she said oh, and started arguing with me about that they didnt take any money out of my account that i did not approve and asked me if i read my contract and i said yes but an collections agency does not have the right to take money out of your account with out verifing information, she deined them takeing money out, on top of all the money they took out they were took out another $45.00 fee and told me it was not them that took out a $45.00 fee. When nexted to it on the bank statement from the bank it said CMG? These people are in need of some help, i would like them to be out of my state as well, they are not worth a da** at all i have learned my lesson about pay day loans, and it will never happen again..

Check 'n Go
33
%
Not bad, but could've been way better. This company does respond, but not as often as you'd expect them to.