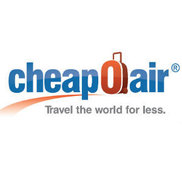 Having problems with CheapOair?

I tried to book airline ticket on cheapoair.com and the price they showed me was very cheap, so I tried to...

Do not purchase online airfair from cheapoair. They flat out lie. We were e-mailed a booking confirmation and e-ticket number which was fictitious. Cheapoair confirmed that we were booked with delta on 7/29/07 to rome. Checked with delta, no ticket. This 'company' cheapoair lies continually. This company should not be allowed to do business. Do not, do not purchase tickets from cheapoair!

Resolved this is a scam company!

I often book flights on the web. Recently, in a hurry I booked 6 people to vegas on a web site called cheapoair. The price on their site was lower than anything else I could find so I booked it. It wasn't until I pushed the complete button, did I realize they had added a $25.00 a ticket charge to my credit card. This is such a rip off. I had no idea till it was to late. I emailed them asking for at least a partial refund because I thought the fee was excessive, of course they refused. I could have booked with the airline directly, there was no reason to use them other than the posted fare was less.

This is a scam company and should not be allowed to continue to defraud the public. Please help me get my $250.00 dollars back that I was scammed out of.

I booked a flight, online, to mexico through cheapoair. The following day I received an email saying there was an increase in price. I checked the website and the original price was still being advertised. I called the company to complain, and was told that the email sent was a mistake and to ignore it. When my credit card statement arrived, I was overcharged for the flight. I contacted cheapoair and was given a fax number to send my credit card statement to. The fax bounced back to me with an error report. I emailed cheapoair and was told that someone from customer service would contact me. No one did. I emailed again, and was told that they were dealing with my refund and would email me when it was sent. After 3 weeks of waiting, I again contacted cheapoair by phone. I asked to speak to a manager, and was told that I should email her the next day and my refund would be handled. Of course, nothing has happened. Now I have to contact the airline to find out if I really am booked on the flight. Cheapoair's customer service is terrible. Avoid them.

My wife needed to travel urgently to her dying mother. We booked a flight about 6 pm pdt on 5/9/07 on...

So last night per the instructions I confirmed with American Airlines. After an hour and forty minutes with the Queen of Snob I thought I had a seat. She kept blaming everything on Cheapoair. She said it was their problem I did not have a seat. I asked her why they oversold flights.

So this morning I got up early to call Cheapo and they gave me another seat in a row that was unavailable the night before. So when I got to work I went in and checked my reservations only to find that I did not have a seat. I was on hold and finally left a message on the voice mail and through email. Now some seven hours later I have no response. I spoke with American again and they told me Cheapo had canceled my seats that they had assigned the night before and they did not get me another seat. They fortunately got me the same seats.

So the airline has suggested I get to the airport early so that this whole mess can be resolved.

Resolved is there some sort of meltdown going on!

I booked a flight on CheapoAir - nonrefundable, which is fine. I took the chance. What I didn't know wa...

My complaint is with the level of service offered by CheapoAir.com. For years I have used the internet to...

CheapOair
51
%
This company definitely cares about its customers and responds to overwhelming majority of complaints.