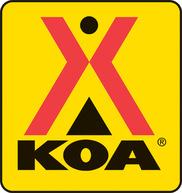 Having problems with Kampgrounds Of America [KOA]?

Very rude at check in. We were there an hour early and she rudely told me I was lucky it was open. I said we were sorry but tried to get set up before the rain. Also I talked to the people in the office before booking asking for suggestions as our trailer is 34' and has two pullouts. The sue was so small we had to pull in our awning partially to allow our neighbor to pull in. No room to do anything on the site.. I would never go again.

We have been discriminated against because we have a special needs child. They have harassed us nonstop and...

Kampgrounds Of America [KOA] — Conditions of the campgrounds

We stayed at Treasure Lake KOA in DuBois, Pa from 6/27/2020 to 7/2/2020 out site numbers were 0961 & 963, and paid $515.65, it was the worst place. The Picnic tables were so old the kids were getting splinters off them, even with a table cloth that was plastic it got ripped up quickly, I could not use the other table at all due to it was rotten, the seat lifted off nails and all. The grass around the play ground and swimming pool was 8" to 12" high, and the pool was so cold you could not get in, they would not turn on the heater. They said they had a GaGa game, but did not even start to build it until the day before we left, and that is when they started to cut the grass and put the pool heater on, I guess the 4th of July customers can have a nice time but not the rest of the paying customers. We also had a garbage truck coming throught at 3am in the morning scaring the kids half to death. Not only should I have some of my money back, I will never or my family go to a KOA again. I wish I would have taken photos to show you

I Was over charged for the cabin and then i was not even put in the cabin i paid for, I received a lower in cabin. i view the layout for the cabin to verify the one I paid for. When I spoke to the owner who did absolutely nothing to compensate me for the mix up. My family stays in KOA campgrounds quite a bit and this was enough to deter me from ever staying in a KOA again. Not only did the owner not even compensate me or give me what I paid for the owner was also very rude and always knocking on our door so the peace and quiet I went to receive did not happen either. never have I been so displeased with KOA.

The KOA campground in Waynesboro, VA will not let me stay there because I'm a local. Only if I am from out of...

I recently stopped at a KOA in San Mateo County to see if there were any openings for the evening. There were but not for people that had a roof top tent. I own a tepui tent that I paid 2K for. Great looking tent, less of a foot print. We were told that the owner forbids roof top tents in his KOA. When cutomers come to camp after traveling long distances and go to check in only to get turned away because of their tent you can believe there are some pretty angry birds out there. Get with the program KOA this is called progress. Don't know if it is it is this KOA only or all of them. I know I won't be back to any of them now!

Stayed here for 4 nights paid for 6 . We had to leave due to the weather of Hurricane Dorian, I requested a...

I am not a complainer - but wanted to share my utmost disappointment at your Lava Hot Spring City Center...

We checked in on Monday 9/26/19, we had two deluxe camp sites. Went to use the restroom after setting up our...

We love KOA campgrounds. We stay in them often. However, the sites in Durango riverside are very unleveled. The site we are parked in is so unleveled the sewage is backing up into the hose. We asked an employee about fixing the problem. He immediately became irritated and accused us of threatening him. Nobody threatened him. We simply told him there was a possibility of sewage spilling on the ground due to the problem with the site. We also went to the office to explain the problem to the lady in the office here and she became rude and irritated. The sites we are in are considered premium. We just want the problem resolved.

Kampgrounds Of America [KOA] — horrible experience during our 7/26/19-7/28/19 stay. unsafe equipment causing injury to a child..

First of all we have stayed at varios KOA's and love all the amenities and activities that are offered but...

Kampgrounds Of America [KOA] — no refund for amenities that i, paid for manager / owner disgustingly rude to paying customers

My name is julia and my family (daughter son and 8 year old granddaughter) stayed at salmon falls koa thi...

Kampgrounds Of America [KOA] — I was eating up by bed bugs

I stayed at your KOA in the Great Smokies Cherokee in a rule cabin k63 I believe my name is James C wheeler I...

We have done 14, 900 worth of tree work at the KOA in Milton Florida by the permission of Manager Mike and...

I am traveling from Florida to California and back with our new travel trailer. I can tell you I am very...

We were told that with our reservation the campground was full. Upon arrival we were assigned tent site #4...

First I called and asked for site 73; on arrival they said I asked for site 4 which is an impossibility. I have never been on this side of the park. We r next to the pool, which I might add all the towns people are in. We are paying 78 dollars a night and we can't get near the pool. The office told me that townspeople can pay 125 a family and get a pass to swim everyday if they wish. I have never seen this in a koa and I don't care too. Check when the reservation was made. Months ago.i have sent u a video of the pool

I was made to feel like I was going crazy about bedbug bites. Manager was rude and said the rain must have made all the spiders come in the cabin and bite multiple times. I should go get bug ointment. No discount or compensation was offered for inconvenience of so called multiple spider bites. Worst experience of my life. I could not sleep because I did not know when I would be attacked again. Ruined my experience of Nashville.

The concrete walk way outside the pool gate is cracked all the way across and slants downwards. There is one step down which is not marked with an identifying safety color strip or caution step down sign. On June o1, 2019 I was leaving the pool area through the gate around 6pm. With the shadow from the surrounding trees and shrubs, I wasn't able to clearly see the step down. I stepped down on my left foot and fell hard onto my left side, I then rolled over and landed on my back. I stayed laying on my back for several minutes trying to catch my breath and to get my bearings before attempting to get up. Once I was able to get up I went to the bathroom to clean the blood from my leg. I also cleaned the dirt and grass from my hair and clothes. I went and told my family who was in the pool area. We went to the office right away to report my fall. I spoke with the owners Daniela & Markus Heimgartner and the office employee Rebea. I was offered an ice pack by the owners. I informed them that I wanted to file an incident report but, they were busy getting ready for the movie that was being played for the campground at 7pm. They were very dismissive so I told them I would come back in the morning before checkout to do the incident report. They said we could have late checkout if we wanted. The next morning as my family packed up to leave, I went ahead of them to the office to check out and to file an incident report. The lady that checked us out was not the same as the night before. She gave me the checkout receipt like I asked for. When I asked about the paperwork that I needed to document my fall, she called the owners and they said that there was no such papers to fill out in regards to any type of injuries. The owners refused to put my official statement down on paper. I asked to speak to them in person but the lady employee told me that they wasn't on site. A few moments later the owners walked in and the husband Markus was visibly angry and told me that there wasn't anything more they could do for me so it was time for me and my family to leave. Words were exchanged because I didn't understand why he was acting so hostile towards me. When the office was closing the nite before, I was talking to his employee Rebea and she told me that he wanted her to remove our email from the account so that a follow up survey wouldn't be sent to us because he was afraid to get a bad review. Rebea said that she didn't do what he asked. When I confronted him and his wife, he became outraged and came charging at me from around the counter. Markus would have put his hands on me if his wife had not jumped in front of him and physically stopped him from reaching me. At that point I was scared and called the police.

Kampgrounds Of America [KOA]
21
%
Not bad, but could've been way better. This company does respond, but not as often as you'd expect them to.