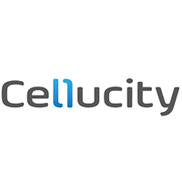 Having problems with CelluCity?

I was today (14/02/19) in canal walk at cellucity for a powerbank and told the sales person that I need one...

Hi, we were in south africa/zimbawe between 12-24 december, and had rented a wifi router from the airport for usage.

Over that 12 days, we only used instalgram and whassap apps. However, there was an incredible charges of 18gb made to our usage, including 10gb when we were spending time in zimbawe and did not even use the router (as we were informed by the airport staff that the router will not work).

We had feedback this to cellucity (nurjehan mohamed) who informed us that they will investigate further. However, we have not heard from her since 2 january 2019, and have since been charged s$300 to our credit card bill.

I have highlighted to her that this usage is impossible and to suspend the billing until investigation is completed. However, I don't believe she has put any attention on this case so I am raising this as an official complaint on this case and against nurjehan.

Good day I make reference to the south african national consumer protection act, 68 of 2009, which came into...

I tried to take out a new line and was credit check over 15 times in 3 days. Stay far away from this company.

Beside dropping my score because they check so many times after me telling kosi and her manager not to I cant get a contract and I have a bad credit status.

All I needed was help and advise. I trusted the company and now I want to stop anyone else from making the same mistake.

Incompetent and dishonest staff and manager Upgraded my note5 to a note8 in october at cellucity pavillion...

I have now complained on every level to vodacom and cellucity where I purchased my contract cell phone.
To cut a long story short, I recently upgraded my contract with vodacom and even paid in a huge sum of monies in to ensure my monthly premium is as low as possible, and to my surprise my premium was whooping r946!! Instead of the 400 rand, I made contact with vodacom and the franchise "cellucity" I also decided to call into the call centre to ask what's going on. I then explain to the call centre agent that I get 250 megs free with my package and I bought an additional bundle package of 250m in order not to incur additional charges. The call centre agent tell me that the 250megs what was advise to me once the phone was activated only take place at the end of the month and I now have to pay for the charges incur. The branch manager then calls me from cellucity take advise me that the sales lade was incorrect and I need to provide my bank details to credit my account and that cellucity will be liable... Days lays he calls again stating that they not paying because the sales person said the sales lady is now turning her story and I have to pay up. This is yet another poor reflection of your inadequate service delivery and it appears that no one at "vodacom and cellucity" cares a hoot about my problem. I did what I needed to safe guard myself and now they pushing me from pillar to post. I've been extremely patient with reference to incorrect billing on my account and they said they will correct it and not changing their story. Take note because there could be countless other people out there and it may happen to you

I let cellucity in cavendish square sell me a nokia e75 phone for r4500 in early march. The sales people were very good at telling me about the guarantees, and the fact that my phone would be replaced if there was any problem in the first seven days. What they didn't mention was that if you take your phone back for replacement, they will actually only replace the phone when some faceless technician at 'vodacare' gives them the go-ahead. So they send the phone away to 'vodacare' and then renounce all responsibility for how long it may take to get your phone back.

Apparently this was in the fine print I signed. Well, they might win a court case against me, and bully for them if they do. There's a difference between covering yourself legally and actually using that fine print as an excuse to keep a slack, rubbish policy whereby a customer can bring a malfunctioning phone back and be left for a limitless amount of time to get a replacement. For me it's nearly a month and counting now, and I suppose it could take years. My phone may be obsolete by the time it comes back in 2014... What service!

potential buyers should be aware of this poor quality product

A month ago I purchased a dell studio from celluctiy in cavendish square. On the day of purchase I had to return it three times as it had aconnecion poblem, tht even their 3g technicians struggled with. The pc has been returned about six times since purchase date, and as i'm typing this, I have check every single letter to ensure it is there. It misses at random.

I have mailed the ceo mr sean joffe, explaining my frustrations, and he dismissed it as 'it's simle to fix the homepag.. Just click on tools etc ect (ignoring the fact that I allready mentioned that the problem returns after two days)', or 'we could send a dell technician to you'. I have been in contact with dell about the problems, who forwarded links for downloads to me. I manage to do the downloads slowly and with much effort, as the connection kept dropping.

I demanded a relacement pc for this 'obiously' dudd machine, but t fell on deaf ears.

Potential buyers should be aware of this poor quality product, and dell cellucity's refusal to accept responsibility for their product.

On the 31st july, 2006, I purchased a new contract with a company called ‘cellucity’ at century city shopping mall, cape town, for a cellular phone a nokia 6280. The cell phone was connected on the 2nd august and on the 3rd august I noticed a big leaf shaped shadow on the screen. We checked to see if we had made some mistake but realized that there was a fault with the phone. When we took the phone back, we were told that we must have broken the phone. I know that the phone was never abused as I never even had a chance to even put one telephone number on the phone as I was still using my old phone which I have had for 3 years and have never had a days problem with it. Anyhow cellucity took the phone in and on the 8th august and sent it in to ‘vodacare’ to have it checked. They tell me that it will cost us$70.00 to repair. I told ‘cellucity’ that I have not done anything to the phone. They became rude and aggressive and did not want to help me any further. To this day, I still have no cell phone and feel that this sort of service in such a highly competitive world is disgusting and a very bad reflection on nokia who should check out their distributors as they are causing them to loose business. Incidentally, I have also been threatened that I will be blacklisted if I don’t pay the contract which is for 2 years.

CelluCity
11
%
There is some slight activity coming from this company when it comes down to resolving complaints, but so far it's neither timely, nor relevant.