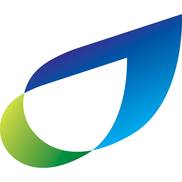 Having problems with British Gas Services?

house damage and other problems caused by british gas

I am complaining about: british gas homecare 300

Times and dates are approximate.

Booked a service visit and specifically requested an unvented engineer. Promised a same day visit that afternoon because mentioned that francesca is heavily pregnant engineer failed to arrive. Phoned british gas to chase the engineer and was promised first thing in the morning between 8 and 10am

Friday 6th july pm lee (un-certified on un-vented systems) arrived. He was unsure what he was doing but turned up the pressure on the heating system because it was low and switched on the heating which caused a huge bang (pipe burst) like an earthquake and water to pour through the ceiling in the lounge. The engineer (lee) phoned another engineer to get help and we was advised to book someone else to re-visit. Lee passed me the phone for his manager (andy) to explain that although he had caused the burst pipe we would have to claim on our own home insurance for the damage caused as the burst pipe was in the ceiling and they would have to remove the ceiling downstairs to find the burst.

An engineer was then promised for a saturday morning (7th) visit

Monday the 9th july matthew re-visited. Smashed holes in the lounge ceiling with a hammer to locate the burst pipe, found 3 pipes with damage, replaced. Advised us that we are missing a flow-control switch on the boiler and that the boiler thermostat may be faulty and will need replacement. Matthew promised to replace the central heating pump in the cupboard upstairs, repair a small leak on a pipe below the pump, to replace the boiler stat and fit a flow control switch to the same boiler. Parts are out of stock and will be ordered. Matthew left us with hot water but no heating (not a problem)

On our return from holiday we had a letter stating that the parts had come into stock and to call for the appointment which we did and was told it needed to be booked in for a long duration appointment so she would get it booked with that department as she could not book those types of jobs and she needed to email them. She would call me back within 1 hour. No call back came, so I chased that afternoon, I was then told that no-one had booked the call at all so she would do it again and I would get a call back. No call came. Eventually after 2 more calls I got a call back with an long duration appointment time of monday 6th august.

Matthew arrived at midday for the long duration job and stayed 15 minutes. During which time he apparently fitted a flow-control switch. This did not fix anything whatsoever. We are still treading water from the explosion that british gas engineer caused the first time.

When toilet is flushed there is a loud banging noise from the hot water tank area, like a pipe banging against the wall and hot water tank not filling completely with hot water. Booked a visit with british gas, requested an unvented engineer. Engineer due between 12 midday and 6pm

Mark arrived mid-afternoon changed pcb on boiler in garage as he found it was only sending 130 volts instead of 240 volts. The part is a manufacturer recommended exchange as the existing board is known to have a fault. Before he left he discovered that we now have an air-lock somewhere in the system and the taps are not feeding water immediately. Left as is. We now have to wait for a loud bang before any water is fed to any of the cold taps.

Booked another call friday 24th for wednesday 29th am

I have now had to pay 50 excess to my insurance company for the claim to fix the ceiling and water damage that british gas caused in the first place. But we still have all the problems that we started with.

I am with British Gas I complained a few times over the telephone that I am paying up to £70 a week!!! on a prepayment card I was only getting £1.50 of Gas out of £5 I am on benefits with 3 small children and a sick partner everytime I have rung and complained I have used £5 in calling credit the last time I called on the 6th October and was assured I would be rung back no-one did ring me back

On the 12th October my partners Mother rang British Gas who said I had got to ring with the problem, I emailed British Gas and rang on the 13th October, I had no response to the email though it stated contact would be made within 24 hours. Email response came on 13th October requesting me to ring yet again, When I finally got through by telephone after yet again being kept waiting for near on 45 minutes an engineer was booked he came out on the 17th october and reset the meter leaving £10 credit on it a new card was issued to remedy my problems and he said the reading would sort my refund in gas to me, I have heard nothing from anyone since then. I sent a letter to Sam Laidlaw CEO British Gas letter was sent after reading advice on the internet he too as ignored my plight has letter was sent 12th October

The amount of time I am kept waiting to speak to a representative is totally unacceptable and unbelievable, no matter wether you ring early late or whenever it is always around 45 minutes waiting time this is disgusting.

This evening I have purchased £5 of Gas and it has only given me £1.50 again so I am in the same position as I was before the meter was supposed to have been set I don't know who to contact or approach next about my position, I cannot keep affording these amounts of Gas on benefits, I am desperate for help.

no hot water or central heating and no engineer!

We have been with British Gas 3 Star Servicing for 28 years and on Friday the 6th October we requested an Engineer as we had no hot water or central heating. My husband is 77 and I am 72. It is now Sunday 8th October and we have made numerous telephone calls to British Gas and still no engineer. We were told on Friday that an engineer would be with us between 12 and 6pm on Saturday but no engineer appeared. Then we were told that an engineer would be here between 8 am and 6pm on Sunday. It is now 2.15 pm and still no engineer.

British Gas Services
0
%
Doing nothing would be this company's favorite pastime, if they had the energy for it.