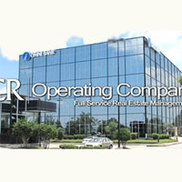 Having problems with Brentwood Timberlane Apartments?

On October 26, 2016, a pair of orange-handled scissors, a bag of microwave popcorn, and an orange candle from the bathroom was taken in the last two weeks.

There is no forced entry, but someone with access to office key cabinet who knows my Wednesday night movements. At first, it was something they could walk out with in their pocket, like the power cord to my router modem, belonging to Spectrum, (formerly Time Warner Cable. Now they were taking other things listed in the second robbery. I have had my locks changed once, the first time only for this to happen again.

I have reported both incidents to the management. They don't know what to say about either issue, but they do know who is on call after office hours. I've rolled passed that office, and it would be locked, but the key cabinet door was ajar with the light on.

I am a middle-aged woman with a physical disability, confined to a wheelchair that has lived here for fifteen years. The first 6 or 7 had a courtesy officer on site. That is not the case now. Security is left to the tenants and the local law enforcement, even though there is a neighborhood watch.

I work for this company which has three residential properties in Wichita Falls, one of which is Brentwood and Timberlane Apartments, on 4515 Maplewood Avenue, Wichita Falls. I was required to post tenant notices on tenant doors. Wearing flat footwear, I was walking the property, and incurred fall on my right knee due to uneven, holes on the parking lot in front of a buildig. The knee was immediately swollen and bleeding. I rwas unable to walk due to pain, so waited at the same spot for about 5 minutes. I returned to the property office and called that properties manager and informed her of the incidence. She is resident on the same property. She simply informed me where the first aid box was. I bandaged myself and later called the property's regional manager informing her of the incident. She paid no heed to it. The property parking lot and grounds condition is hazardous as I experienced a fall for no foot wear or health reason. Kindly look into this matter.
Regards

Brentwood Timberlane Apartments
50
%
This company is on the right track to keep up with incoming complaints, but there's still plenty of work to do.