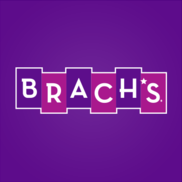 Having problems with Brach's?

Brach's reviews first appeared on Complaints Board on Sep 14, 2014. The latest review Candy Corn was posted on Nov 10, 2021. Brach's has an average consumer rating of 1 stars from 551 reviews. Brach's has resolved 0 complaints.

ComplaintsBoard.com is not affiliated, associated, authorized, endorsed by, or in any way officially connected with Brach's Customer Service. Initial Brach's complaints should be directed to their team directly. You can find contact details for Brach's above.

Use this comments board to leave complaints and reviews about Brach's. Discuss the issues you have had with Brach's and work with their customer service team to find a resolution.

i purchased a bag of maple nut goodies on 03/10/17 from my local menards in kenosha wi. they were as hard as a rock. i eat a lot of these in the past and i have always enjoyed them. they were nice and soft and chewy.the texture of this bag seems to be real sticky also. my name is joe skundberg . my address is 5228 55th ave kenosha wi 53144. my phone number is [protected]

Yesterday I purchased a bag at Dollar General here in Albion, Mi and got home opened them and almost broke my tooth the candy was so hard . I still REALLY some today so I purchased another bag from Family Dollar here in Albion as well . I got home opened the bag to the same problem . I have never had issues with this candy and I have eaten them since I was a little girl . I know things like this happen but from 2 different stores it is kind of disappointing

I just was sucking on the last one candy hearts, and It had something hard and yellow in it NASTY I am not very happy by far . I am so very glad it was me and not one of the children. I felt something stick me in the mouth only to pull it out to fine this. I am not sure what it is or could have come from. But I am very upset, have always been happy with Brach but making me think

I purchased a bag of maple nut goodies and they were stale or something because the outside of the candy was soft and the inside of the candy was hard as a rock. instead of the crunchy outside and chewy goodness I was expecting to have as a treat I got a rockhard nugget of yuck. This is my favorite candy and when I opened the bag I got a whiff of that yummy maple flavor, then I took a piece and it was so hard I couldn't even chew it. the info on the bag is 6L9BB182 best by 09/18/2017 & UPC# [protected]. Please send me a replacement bag.

Purchased a 4 oz bag of maple nut goodies. They were hard and crispy not like a nut goodie. They were...

I bought the 2lb bag of these candy hearts and they are grainy and soft they don't taste like they usually do the bag number is [protected] and the date on it is 6/4/2017 and the number under it is 6J13CCBR208. I love these candy but not this bag i don't know what with this bag but very unhappy with them would like a refund bought them at Walgreens

Is this the End? My name is Ronda Lee. I am a grandmother, 58 years old and to start this I must tell a...

I purchased two bags of the maple nut goodies from two different stores about a week apart and both dated...

I purchased 2 bags of maple nut goodies from my local Walgreens drug store, as I have in the past and had to return them to the store for an exchange- they were hard as rocks. The goodies were also hard as rocks. The dates were dated for two different dates in August 2017. Had to return the exchanged bags. Got my money back. They only had 1 more bag on shelf with the same date. I was at Cracker Barrell yesterday and purchased a 20oz.bag of maple nut goodies and they too are hard as a rock. Best by 6/16/2017.I live in central Florida near Disney World and have never had this problem. I grew up eating these candies as my grandfather did.Please! I thought this was a retailer problem at the Walgreens on Hwy.27 in Haines City Florida 33844. But Cracker Barrell has the same problem in Davenport Florida also. I would like to know where I could get the candies and receive money back for the bag I got from Cracker Barrell. Maybe you could send me quality product without me having to go back and exchange product when they aren't good. Lot of aggravation to do that.

I used to buy these regularly. Lately they have been extremely tart on the outside then absolutely no taste throughout. Whats up. When i called they stated that they had moved the facility and were trying to get the recipe right. I bought 4 bags on 12-30-2016 at publix supermarket and they were all bad. Code 124239 and on the back left bottom 6J13VR1043. Request 4 coupons or a refund. Thanks, Catherine Coman.

I recently went to the shop of Brachs Candy Company. I bought two packs of candies from them, but when I...

Brach's
Doing nothing would be this company's favorite pastime, if they had the energy for it.