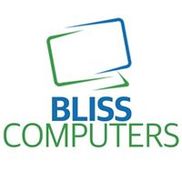 Having problems with Bliss Computers?

They outright lie about the products they are selling. They shipped me a completely different brand than advertised. I paid over 60 dollars on shipping charges (both ways). They said they'll pay for the return shipment. Asked me to send the receipt. I did. They didn't pay. I wrote them a million emails, never a response. I called them several times over the course of 3 weeks. They said they processed the the refund. Never got the money. Called again. They said "oh there was a mistake we'll process the refund again", but never got the money. Called again. They said the same lies. Eventually gave up. They are seriously a shameless company.. They go by different names: Bliss computers, Browngranite. They get terrible reviews everywhere (except of course suspicious self reviews). There are serious reasons to believe that all the five stars are from fake accounts they created. For further evidence look here (It's been obvious to others as well): http://www.complaintsboard.com/complaints/bliss-computers-c158159.html They either get 1 star or 5 stars (usually right after a 1 star review, strictly countering the reasons of the 1 star reviewer, like a dialogue) They are certainly more than capable of doing that.

I purchased a netbook screen from Bliss. They had by far the lowest price I could find on the product. Even with priority shipping their price was significantly lower than everyone else was charging for the screen alone. Screen arrived very quickly after ordering. Unfortunately the first screen they delivered did not work. They responded quickly to my e-mail informing them of the problem and sent instructions for returning the item for a refund or replacement. I chose a replacement which arrived shortly after I shipped the bad item back. That screen worked perfectly. I would recommend ordering from Bliss as they offer very competitive pricing and obviously stnad behind their products.

Faulty LCD screen - will not respond to requests 4 return

We purchased 2 LCD screens. They arrived after a few weeks which was very slow considering we had paid US $55 for fast delivery. Anyway once screen is perfect however the other has a white line right thru the centre of the screen. We have been trying to contact them for over a week - given the time differences between here and the US it is difficult to contact via phone. We have sent a photo and asked for a replacement - so far we have had no response at all! We paid a fair amount of money for this screen and it seems that because we are an overseas client we can be ignored. Surely there must be some consumer laws over there that protect us??? We just want a replacement - happy to pay the shipping costs to send it back but would expect the replacement to be sent free of any shipping charges. Would even send it back and just get a straight refund! From what I have read getting any response could be an issue!

From Mr. Notebook, Inc. -
After reading a few comments here, I felt it necessary to chime in. I have ordered screens in quantities for about five years. They always arrive well packaged. I have never had a broken one come in. Michelle does a good job matching up compatibility and on the rare occasion I get something that isn't right they are quick to resolve the issue. Recently, I had an odd lcd issue with a Dell Inspiron where screens would work intermittently (backlight issues). The problem turned out to be a slightly different revision of the screen was needed. Bliss took the time to figure out the issue rather than blow me off or return the item. No other screen dealer I buy from could figure it out. They did. I especially like their new website feature that has pictures of many of their screens. It helps quite a bit to order LED LCDS when the connectors are often on different sides of the screen. A+ in my book.

I have a bad experience with same company(bliss computer), i purchased from them one LCD for my laptop through eBay on 25 October, 2010, and they send it to me to United Arab Emirates then i found it not same item as explained. so i discussed with them they advice me to send it back and they will send the proper one sent it back to them then up to now still waiting the replacement item, they ignoring my emails and really it is very bad experience.
I don't advice anybody to purchase from then even in single cent.
Regards

We've been buying laptop screens from Bliss Computers for the last 2-3 years and we have nothing but...

Advertising on pricegrabber as amazon marketplace seller; Bliss Computers advertised they had "notebooks" for...

1) I was happy to find a low price screen for my laptop and I ordered it with overnight shipping. It came...

Bliss Computers
0
%
Doing nothing would be this company's favorite pastime, if they had the energy for it.