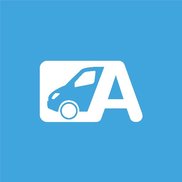 ComplaintsBoard.com is not affiliated, associated, authorized, endorsed by, or in any way officially connected with AnyVan Customer Service. Initial AnyVan complaints should be directed to their team directly. You can find contact details for AnyVan above.

Use this comments board to leave complaints and reviews about AnyVan. Discuss the issues you have had with AnyVan and work with their customer service team to find a resolution.

Needed quick transport for items described above. Couldn't get payment through on Sunday morning a...

Refund please!£500The ‘driver' harassing me hours yesterday evening-illegally-for payment not due till delivery-lied said was at destination at 10pm (at two pm had said would arrive at 9.30
And demanding pay him!! We'd paid deposit-nothing owed till drop off-at 6.30Saturday-said was in France at house-now the next day he been phoning texting now 1.30 pm he said can't find house and send photo of neighbours house.
At the time complained to Anyvan chat staff Francesca and Liam as the driver abusing bully aggressive demanding pay and threatening not to deliver demanding another payment for extra £15 then reduced it to £9 for alleged paypal fees when we had already agreed no fees - racist bullies desperate begging for money as not in contract when the job not even done and treating us like absolute *as they racists tg.[protected]@gmail.com - Refund:Deliver Chr37is/Krzysztof Giedrojc

I have booked a service with AnyVan for a distance of around 1 mile range from source to destination and I...

AnyVan — packing and removal service of a one bed flat

DO NOT USE THIS COMPANY - THEY ARE FRAUDULANT AND UNETHICAL.

The service that you get have no relation to Anyvan - ignore all the uniforms, vans and branded merch as advertised online as these jobs are outsourced to unrelated "man with a van" services.
Would be a complete roulette of luck as to whether you get a good service or not - ours was awful and Anyvan have refused to refund anything for the premium service which we bought and did not receive - customer service absolutely diabolical. We have incurred significant losses and gained absolutely nothing from instructing Anyvan. Fraudulent and unethical organisation - DO NOT BE FOOLED BY SMOOTH TALKING SALES PEOPLE.
A few of the endless faults in the service we received:

- Late arrival (one man instead of 2)
- No prior experience of packing (we paid for a packing service and were promised they were confident and regularly reviewed)
- Failed to bring boxes/ packing materials which we paid for (so we had to source and pay for these ourselves)
- Service took 8 hours instead of 2 as sold
- Needed to rope in family and do multiple trips ourselves to help with the process (in 30 degree heat with a small baby which is why we bought the premium service and what we wanted to avoid)
- Expected to help unload the van at the other end resulting in injury that led to time off work
- Multiple £ thousand pound damages done (e.g. sofa not protected and other high value items damaged) to which Anyvan's only response was to claim on insurance
- Rude and uninterested Anyvan staff at every point who couldn't care less if you've had a bad experience with their organisation.

DO NOT USE THIS COMPANY - THEY ARE FRAUDULANT AND UNETHICAL.

We made an oder to move some furnitures. But the AnyVan staff refused to move a sofa. No service call...

anyvan booked to collect table and 8 chairs on 19/1/19. the table was too heavy for the van driver and his colleague to pick up. the driver estimated at least 150 kilo. the seller had spoken to driver on 18/1/19 to say table very heavy(quartz compound top) and a 3rd person would be waiting to assist them with moving the table, and that they would need a trolley to help with the move. the driver said 4 men needed to lift the table. he had not brought a van with a tail lift and said they would not be able to lift the table up into the van, which might not be able to take the weight.
i spoke to anyvan several times on 19/1/19. the job was cancelled by me and i asked for a refund. anyvan said that I could not have a refund because the booking by me did not include details of the weight of the table. i pointed out that the weight of the table was not asked for anywhere on the booking form, and that the driver had been told that the table was very heavy (see above) on 18/1/19.
i'm writing on afternoon of 19/1/19, wondering what to do next, as anyvan want another £100+ added to the initial £108 to go back and move the table with 4 men and a van with a tail lift. i have cancelled the table with the seller as the new cost of collecting the table and chairs is almost as much as the table and chair's cost. all i want is a refund of my £108

@AnyVan are a bunch of charlatans. With less than 24 hours to go, my price (which I'd already paid) has been hiked up to the point where I've cancelled it altogether. I'd rather delay my house move at significant cost to myself than bring business with these deceitful, scam artists. I used their own online booking tool and spoke to a member of their team to ensure clarity during the booking. With merely hours to go, I've now received a call telling me that my price had to go up because I hadn't given them sufficient information. Just to emphasise, this was meant to happen tomorrow. Looking at other reviews, this seems to be a reoccurring scenario. The lesson here; is that you should just pay a little more up front, deal with a real person, build a relationship and get someone who cares about the job to work with you. As if that wasn't enough, dealing with Anyvan's ‘customer service' team during an already stressful time (moving home) is one of the most unfortunate tasks I've ever had the misfortune of taking part in. I'm still waiting on my refund too. I wonder how long that will take…Pathetic.

I booked a van from London to Birmingham and decided to cancel this on the same i booked it. However, someone...

AnyVan — avoid at all costs

Their team broke my table and said it was my fault. I didn't know how to prove them that the table wasn't...

Very professional of them to blame me for something I haven't done. That fact that you delivered a broken...

My mother went through Anyvan to find a local piano removal company. The piano arrived on 9August and the company Anyvan subcontracted out to did not give my mum any paperwork. The man dumped the piano and left. My mum immediately noticed that there was a chunk missing out of the piano and phoned the driver who did not answer. She kept phoning him till she got an answer and the driver denied he had damaged it and became aggressive on the phone to my mum and hung up.

My mum then went to anyvan as that's who she booked it through. She has phoned their customer services everyday and everytime has been promised that someone would phone her back which they NEVER did.

I then raised a complaint to Anyvan and was again told someone would contact me within 24 hours, needless to say that didn't happen. Neither Anyvan or Strathmore Removals (who was the given the job by anyvan) has had the decency to admit liablility or even speak to me or my mum and try to resolve the complaint.

Negative reviews of both companies have been left on all social media and all review sites to no avail.

My mum was left the piano by her late sister and it being damaged has just ruined the pleasure of receiving it.

Will NEVER use either Anyvan or Strathmore Removals ever again and will tell everyone I know to AVOID at all costs. Disgracefull

I booked a job with Anyvan and I tried to be flexible as I could, but unfortunately the owner of the dining...

I called AnyVan and made a booking. Said that I needed to move some pieces of furniture. They asked several...

AnyVan
Doing nothing would be this company's favorite pastime, if they had the energy for it.