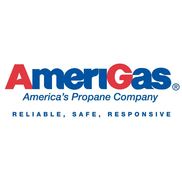 Having problems with AmeriGas Propane?

They did not offer me a pre buy this year @2.08 per gallon and then never filled my tank until I called when it got to 20%. Then they told me it was $3.79 per gallon. I argued with the driver and he did lower it to 2.75. This area is well below the poverty level WITH A UNEMPLOYMENT RATE of about 20%. The driver told me several have converted to electric and that is what I am in the process of doing ASAP. Everyone is looking for reliefe but we are in a area without competition.

Ameragas skipped my delivery area and leaving me without any gas for the coming week due to the weather and that I live in an area with dirt roads. I informed them that there were two other companies doing deliveries in my area that day since I saw them drive past my house. They stated that they missed a lot of deliveries that day due to the weather and they will be out there on their next scheduled date. I was given the option to pay $170 to have the driver come out there today and fill my tank. They were told no thank you, my account was canceled, and I went with a new company that has a BBB rating of A+, is a member of ethicalaz, and has much better prices for gas, tank rental, will make up any missed deliveries if any happen and will not want to charge you to make up for their missed deliveries.

I have just had an experience with Amerigas that I think everyone should know about. Our local company...

After 6 years of being a customer to Amerigas, never late on paying, we asked why the price of gas they charged us was $1.20 per gallon more than their quoted price, and we were told that the extra money was to cover the expense if we ever had a leak or anything and that they would be there 24/7.We developed a leak that they said was in the line and they wanted to charge us a huge amount to fix it.When I reminded them of what they said, the girl working in that office practically called my husband and I a liar. We told them to come and get their tank out of our yard.Before they came, we had the leaks checked and it was coming from their tank, not the line at all. We went with another company who stands by all of their equipment and we are getting our fuel at $1.15 less per gallon. So I guess they did us a favor and saved us a lot of money.

I am not sure where to go to for some help on investigating a company that I feel may have some interesting...

I ran out of propane for cooking in my home. I called amerigas in Palmer and they have a woman there (Terry) that is extremely rude and condescending. They never offered to sen a man out for an extra charge (which I would have paid) and told me that they would call the morning of the delivery to let me know that they were coming. I told them that was unacceptable so she said they would call Monday (5 days later) to tell me the day they would be in my area. Who does business this way? I had to eat out for a week or cook in my microwave.

They made me wait a full week for propane!!

They are the rudest company I have ever dealt with and it happens every time I call.

I have always paid my gas bill in 2 parts and did not mind the late fee I was charged. I received a call from the AmeriGas office in Sierra Vista and the lady offered to set me up on a payment plan to avoid late fees. I did not care either way so I agreed . Each month I submitted the payment that we had agreed on . I was never late.

Then one day I was out of gas. Amerigas has a contract with us to refill our tank once we hit 20%. We could not understand why they did not come to refill it.

Of course this happened on a weekend. I called the gas company thinking it must have been a mistake on their part. They informed me that because I was making payments they would NOT refill my tank until the bill was paid off. Now mind you the lady I had made the agreement with on the PHONE ( DON'T EVER DO AGREE TO ANYTHING ON THE PHONE) never mentioned a thing about this.

I explained my issue with the Amerigas main office and they said that the local office were sure to straighten this out come Monday. So Saturday the gas truck came ( emergency gas delivery) extra charge- because the tank was empty everything needed to be checked and pilot lights relight ( extra charge) plus I needed to pay for the entire delivery of gas right then and there. It came to about 700$ cash with extra fees .

I showed the driver proof that I had paid monthly like agreed. He was as outraged as I was but there was nothing he could do. When I called the Sierra Vista Amerigas office that Monday the lady conveniently forgot that she ever spoke to me and said there was never an agreement made. She had no records of this so no refund on the extra fees for me.

I can only urge anyone that reads this. DO NOT deal with Amerigas. There are other companies out there that provide good honest service. To this day and I don't have Amerigas anymore ..if I go to the main Amerigas website and log into my account I still show a balance due even so its been paid off a long time ago.Haven't gotten a bill since I paid it off. I don't have a tank anymore switched to electricity costs about the same.

YET there is still a balance due for me on the Amerigas website. Ridiculous ! The main office has apologist to me and faulted " slow" payment processing. Unacceptable ! I can only imagine that hag needed money and figured thats her way to get it by stealing from the company.

Companies failed to inform the public about the changes in pounds of gas sold for the same price. Not telling the consumer was dishonest and we feel ripped off.

I have been a loyal customer of Amerigas for almost 3 years. Yesterday, I came home to find my gas turned off and a note in my door stating that gas tanks were locked because no one was home to sign the lease. I first thought that there was an unpaid balance on my account. When I contacted Amerigas, I was told that there there was $0. balance, but my tanks were locked because there was no signed lease in my records. I was then told that there would be a charge of $109.00 test my gas lines. (A requirement to have the gas turned back on).

After speaking to a 'manager'. I was told that they would waived the fee. However, the earliest that the gas would be unlocked would be Friday between 12-4PM. This I considered unacceptable. Without any notification, Amerigas locked my gas tank because somewhere (as I was informed), someone in one of their departments failed to document the leases, and I am among hundreds of accounts that fell through the cracks. They are in the process of locking any gas tanks without signed leases.

I am now stuck with 200 gallons of gas (fully paid for) that I cannot use until Amerigas comes to unlock the tanks on Friday (4days). If I agree to pay this $109 - surcharge to test my lines, they could have the service restored earlier.

This is unreasonable and I don't understand how a company can get away with penalizing a loyal customer for something that their employees failed to do over 2yrs ago.

I am yet another victim of Amerigas fraudulently charging customers. In short, they charged me for propane I didn't actually receive. I was 25% full on a 500 gallon tank and was 85% full after they filled it per the gauge. I was billed for 70% fuel. They claimed to have filled the tank to 95% because of the cold temperature and stated my gauge might not reflect this. I have never had a problem with my gauge, but that was their excuse. The meter ticket had the wrong customer information on it to boot, which they also said happens from time to time. Amerigas would not make good in the matter. They are outright cons, and are the highest priced fuel company around additionally. Once my tank is empty I will have them remove it, and I would like to forewarn others of their fraudulent practices so they aren't similarly victimized. Now I see on the news that they have even been shorting 20lb grill gas bottles. Steer clear of this company.

I have recently decided to change propane supplyers. We have amerigas and I have always felt they were over charging us. My research shows that they charge at least one dollar more per gallon if not more than other LPG supplyers in my area. They are rude on the phone and act like they are the only one to get LPG from. Its take it or leave it. IT took a couple of years but now my most better half agrees with me. Now amerigas refuses to refund our credit of $33.00. I am disabled but that does not matter to them.

February 18, 2009 Sirs or Madam, My name is Christina Scripture. I reside in Pennsylvania and by default...

Almost $2000 for a tank of propane. Had a verbal agreement and been making payments. Never got an overdue...

When I switched to amerigas at a very small cottage I was renting they replaced my 150 gallon tank with a 500 gallon tank. I told there driver this was way more gas than I usually get but he set the tank anyway. There is no doubt that the valves on the tank were leaking gas, the odor is unmistakable, I reported leaks and they were never fixed. I was on a c.o.d. plan and after I did not call to have tank filled for about 9 months (I started heating with electric heaters) they sent me a bill for 125.00 for tank rental fees.

AmeriGas Propane
0
%
Doing nothing would be this company's favorite pastime, if they had the energy for it.