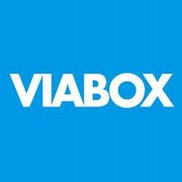 Viabox reviews first appeared on Complaints Board on Feb 26, 2010. The latest review package forwarding service not as advertised - missing dhl carrier - customer support denys cooperation was posted on Jul 15, 2019. The latest complaint awful service was resolved on Mar 25, 2015. Viabox has an average consumer rating of 2 stars from 31 reviews. Viabox has resolved 6 complaints.

I sent 4 shipment was received and included in the My Account and I pay the shipping costs so far nothing I...

I bought a gril and sent it to Viaddress but I didn´t know that they can not ship it to US and you are...

I am from the netherlands. I decided to try viaddress as they advertised on they website that they are the most reasonable/cheapest shipping company when compared to others. I signed up, I even used their shipping estimate calculator so I could have an idea of what it would cost me to ship my items. Their advertised concierge service doesnt even work and thank god for that because i wouldnt want to ship anything else there.

Now, I shipping, 3 hair extensions, (afro ponytails) 2 pair of jeans, 6 pair of socks, and i think 1 lip gloss. I know that these items CAN NEVER weigh more than 7 pounds. According to their website it does and I am being charged $110USD to ship these few items i mentioned earlier. I sent a message to them, asking them why is there a significant difference with shipping than what was advertised and i also asked about the concierge service. this is what they told me

" Regarding our Shipping cost, the rates on our website has not been updated yet. The carriers has just increased their rates due to fuel charges, so we don't have any option but to follow them."
" At this time our Concierge Service is not available due to current improvements in the Concierge Department, however, you can still use Viaddress to forward any packages that you can purchase on your own from any US merchant."

It is no fault of mine, that they failed to update their shipping information. They bait me with their low rates and then switch in the end AFTER MY DAMN ITEMS are already at their stupid premises. In this sense, VIADRESS IS A BIG SCAM!!! They are scamming people and they are not the cheapest. Now, I would like to resolve this and be reminded that there is no way i am paying $110 to ship those few items. I will not do that. So i suggest that they let me ship to somehwere else in the usa then i will ask someone to ship them to holland for me.

The complaint has been investigated and
resolved to the customer's satisfaction
Resolved Viaddress — viaddress scam, no response

Ordered an amazon item and shipped it to Viaddress, item arrived or 23/04/2011 and I paid for shipping to Viaddress to have it shipped to Singapore. Since 23/04/2011, there has been no action on Viaddress to send the package out.

MORE THAN 16 DAYS and still Viaddress is holding on to my package which has been fully paid for, and shipment charges have been paid to them.

What's worse, when I log in to the Viaddress website, my item is listed as "arrived", and I get a link asking me to PAY FOR SHIPMENT. This is RIDICULOUS, especially as I HAD ALREADY PAID FOR SHIPMENT 16 days ago.

If Viaddress is reading, this is customer Unit A930550

I am going to wait a few more days before writing them off as having unethical business practices and are A TOTAL SHAM WEBSITE OUT TO SCAM CUSTOMERS! Will file a CC chargeback and PayPal dispute to get my money back.

The complaint has been investigated and
resolved to the customer's satisfaction
Resolved Viaddress — viaddress.com scammed me!

My Viaddress Unit number is : A934685.That Unit gave me from my viaddress.com account to forward items to there.. There are 2 packages 1 of them Blackberry 9700 another one of Canon 50D. I got both of them from Ebay and forwarded that Viaddress.That items always arrived to there.Canon50D (UPS Tracking: 1z7y7e08a871044963), and Blackberry9700 (USPS Tracking:cx447774358ca).They asked to pay 234.96$ for shipping both items via FEDEX Economy @ Date:Mar 21, 2011.I always payed via Paypal same day.Paypal Decont Number : (Unique Transaction ID #2ND57251RK6290809).They are not answering my calls and my requests from websites. I am in Azerbaijan Republic and do not know what i have to do.Look like they scammed me.That both items total price is more than 1500$.Please help me about that.

I have used viaddress.com for 1 month. They got the products but didnt forward to my country. They stole the products that I bought from amazon.com. I also paid them carriage fee. That money also owned by them. They are fake. Do not believe any positive comments. Do not believe dummy tracking numbers for provement about their service before. I think someone will revenge for all sufferers via sending a bomb to their address.

I could not understand how usa allows them, they stole like there is no rule. They are like terrorists.

Keep yourself away from viaddress.

Hi everyone,
I want to warn you: beware of using viaadress. It`s real scam! I ordered some items from usa company and it was shipped to viaaddress. I didn`t hear anything from them from moment when items were dispatched by fedex. After some days I wrote emails, I called by phone which they gave on their page www.viaaddress.com several times but silence. I found plenty negative reviews www.complaintsboard.com but it was too late. Do not register with them you`ll lose your money!

I have registered viaddres.com since 27 August 2010. I used their service once, they send my orders without any problem and I decide to use their service. After that, I gave three orders from amazon; viaddress received my orders for me. However, this time they don't let my orders come to me. They don't response my letters, don't give me information; they just hold my orders and don't let it go. I started to hate their service; I send them letters but they don't give me information. I want people be aware of their completely bad service. I think they cheat me.

I was foolish enough to believe the dozens of positive reviews which Viaddress has, and chose them as a...

I was foolish enough to believe the dozens of positive reviews which Viaddress has, and chose them as a forwarding service for some purchases I made last month.

1. When I received the bill for the items to be shipped from the US to Malaysia, I noticed that the dimensions they had quoted of a bag I ordered far exceeded its original description, so on July 14th, I sent them a message via their 'live chat' (which isn't very 'live' since they always reply two days later, if at all), asking why their description of the bag was so large. (Shipment costs are based on dimensional weight, so larger things are more expensive to ship, regardless of how light they are).

2. I received an email from one Jason Haas, Shipping Manager, on July 16th, explaining that the measurements they quoted were based on the box the items were shipped in, which was 22 x 19 x 10 inches.

3. I then paid the shipping costs based on the measurements they gave, thinking that they would be using the same box to deliver.

4. When I received my parcel via Fedex on Aug 2 (Malaysian time), guess what, the box in which my items were shipped measured only 18 x 12 x 3 inches, much smaller than the dimensions which Viaddress had quoted me. Why, therefore, was I charged for delivery in a much larger box?

5. I sent Jason Haas an email that same day, asking him why I had been charged based on the larger box, if the items had in actual fact been packed in a smaller box. Note that they had charged me based on a total dimensional weight of 39 lbs, while the 18x12x 3box would only add up to 5lbs, which would reduce the shipping costs considerably.

6. This is an extract of my email:

Dear Jason, My package has arrived via FedEx and I see that I was charged for shipping based on the box the items were shipped in from the vendors (based on what you wrote in your email dated July 16, which is 22 x 19 x 10) and not the dimensions of the box which Viaddress used (based on the box itself, which is the FedEx 'Large Box' measuring: 18 x 12 x 3).

Is this a normal thing? For customers to be billed not on the box Viaddress uses to ship the things to us, but instead based on the box in which Viaddress receives the things?

I'm a bit confused. If I'm requesting for items to be delivered from Viaddress to me, shouldn't I be charged based on the onward delivery from Viaddress to myself, since shipping from both amazon.com and ebags.com were already free?

Could I get an explanation on how the system works? Viaddress appears to have many happy customers but I would be grateful if you could get back to me soon and be clear on how your shipping charges are based, because it appears that I need not have paid you so much for shipping.

7. There was no email from Jason Haas and honestly speaking I'm not sure if he even exists.

8. Finally on Aug 4 (Malaysian time), I receive an email from one 'Kelly Snow', Account Manager, whose brief email read: 'Hello,

Sometimes we will have to change the box in which your item was originally packaged because of a safety issue.'

9. So much for customer service! There was no attempt at all by 'Kelly Snow' or anyone from Viaddress to reply to my questions or to even explain why I was conned into paying for shipping based on a box which they DIDN'T use.

10. A few minutes after receiving that email, I sent another one asking why, if the box had to be changed, was I charged based on the measurements of the original box, and not the box in which my things were eventually shipped.

11. I expect they will only reply to this in two days' time as is their normal practice.

Viaddress has been engaging in very unethical and unprofessional behavior. I first became aware of this when...

Viabox
19
%
Not bad, but could've been way better. This company does respond, but not as often as you'd expect them to.