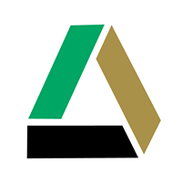 Having problems with Triad Financial Services?

I had my car repossessed and they gave me 10-12 days to get caught up on my payments. With the help of my family I did. Triad promised that they wouldn't do anything with the vehicle and because they didn't check that they received everything in order to reinstate it they shipped it off to the Auction place forcing me to travel 273 miles to recover the vehicle. Triad didn't even do anything seems to me that Triad is rather greedy it's not like I'm the only one that has a car loan with them.

Did not know about any lawsuit against Triad. I have had my loan going on 2 years at $500.00 a month, yet I would love to get refinanced, however I still owe more than the car is worth, so unless I inherit a wealth or unending riches, I was born in American, disowned by my native state, I am going to die poor. It seems to be the American way. It seems that the politics would be to work for the Americus and its people to a credible culture and not return to undermined existence. Triad then needs to pull themselves away and above the others. So since now I have had the loan for 2 years of April 08, I find the loan outrageous and demeaning, since I traded a mustang in towards this car and Triad is a subsidiary of Ford. 2 down and more to crumble!

The complaint has been investigated and
resolved to the customer's satisfaction
Resolved Triad Financial — Terrible service!

After the number 3 check was issued, Nothing ever was said but back and forth bickering over the phone because they have no office to go to. This is only after the pay off was sent, and I was waiting for my title, and went to the license bureau did I find they had a lien on my vehicle! For What?

I contacted the Insurance and they traced the check, it HAD NOT BEEN cashed and applied to the loan at all! Triad tried to make me pay finance charges and that was another 2-3 week argument. BUT Triad still has the check.

This is 08 now, and ongoing still to get my title for a car that was paid off in 05! I looked outside and their is a tow truck, I told him the problem and he left it, then they sent another. I had contacted them over and over and my Insurance that said tell them she would send another check. It is in the process of me signing the paper for the Insurance to re-issue number 4 check.

I have talked to Triad and they said they have no account info for me and charged it off to a collection place, that is the people that all along are after my vehicle. I told Insurance and she said have Triad fax over a paper stating that the loan was charged off, I told them, 2 weeks later, Triad is contacted again.

They say well you will have to send a letter asking for that letter. I did! The car was taken while getting my taxes done, they followed me all the time, to the point of people coming into my yard at night, and following my daughter to school. They have made my credit even worse now! I am humiliated by the constant following and stalking they have done to my family and myself, that I can't sleep.

They have my vehicle, I paid for it and now can't work, have to bumm rides to places, can't go the doctor. I am so bothered and upset that I m up at 4 a.m. writing this statement. I don't want the rudeness and embarrassment to happen to another, because Triad did not cash a final payoff Insurance check.

I cry over this every night, and day for the passed 4 years. How long would it take for me to write you a check for almost 3 thousand dollars before you cashed it? What is the deal with this?

Now my car is gone, and the place that took it will auction it off, and probably not even tell me where its at. They auction it off on Tues and Fridays. I went where the car was suppose to be and its not there. At this point I am waiting on Triad to fax me the letter back so I can get the car back or some legal paper to show the police that my vehicle was unlawfully taken.

Triad Financial Services
63
%
This company definitely cares about its customers and responds to overwhelming majority of complaints.