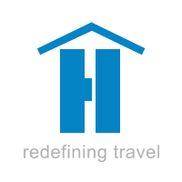 My trip got cancelled in march of 2020 when Ghana closed its borders to travellers from the UK. I contacted my travel agent and requested a refund as I was unsure when I would be able to travel again. That is when my hell began. The agent I had been dealing with did not respond to my request for weeks until I contacted FlynowPaylater the agency the payments were made through. They assured me that I was able to get a refund when the flight cancellation has been accepted by the agency. When I heard back from TravelHouse, the agent said they were unable to pay refunds as BA would go bust if they did. I found this very hard to believe and was proven right when my English girlfriend for whom I had booked the exact same journey for her to travel with me was issued a full refund when the flights got canceled. She did not even make the request or have to contact anyone. When I confronted TravelHouse with this information the agent said that I had agreed to a voucher for future travel and that is why I could not get a refund. This had happened only because he told me that they were not issuing cash refunds as BA would go under. I requested I get the same level of service as they had my partner and the agent just outright refused and got very passive aggressive with me on the phone. He proceeded to hand up the call when I informed him I would contact FlynowPaylater and a complaint for his behaviour. When I spoke to Flynowpaylater they said I can request the refund from Trvalhouse and there were no issues with me but could not pay me back directly. They said they would investigate the matter and there for the following 4 months sent me the same reply which said they would investigate and get back to me. When I eventually got hold of the agent dealing with my case at TravelHouse again, he stated that I was not able to get a refund because I had not completed the payments to FlynowPaylater and there was £12 outstanding. my partner had paid around £400 out of her £600 fee and she was fully issued a refund. The £12 fee for cleared as it turned out was an error on the system. When I got hold of TravelHouse the agent told me I could not get a refund because my flight was never cancelled so I cant get a refund but my partner who was on the exact same flight as me seated next to, her flight was canceled and she can get a refund. The agent went on to make some very ridiculous claims. I asked for the recordings of these calls and he said "they will issue me a voucher valid until 2022 and I can do what I want with that". My experience as a black man dealing with these companies has been completely opposite to how my white British partner has been treated. She experience no such issues and when they call her they are very apologetic and willing to go above and beyond for her while I am treated like a criminal for asking for my money back.

TravelhouseUK — Lack of communication from the travel agents

My son's flight was cancelled on the 24th June 2020 due to C-19. We have been in contact with the Royal brunei airline who told us refund should come from Travelhouse UK. I have spoken to agents called Chris, James, and Davis who said refund is available after 12 weeks. It has passed 12 weeks now and still no news from them. Whenever i ring and leave a message, no one rings back. I am disappointed with the Poor Service and I wrote a complaint last time I followed up the refund but even that has not been acknowledged by the Management. Very Poor Service. I will not avail their service again in the future. I have been advised to take it to the Ombudsman as I have emails from Royal Brunei that refund is the responsibility of Travelhouse UK. I am still waiting for refund and no one has contacted me regarding updates.

TravelhouseUK — Disappointed about customer service, no communication and just and still waiting for refund

Goid afternoon Daniel, I understand that you are the manager for travelhouse UK so therefore I am emailing...

I had my flight cancelled by the airline due to Covid. I contacted my agent Adam on 17th March when the...

TravelhouseUK — Taking advantage of fee due to covid 19

I have ticket for virgin Atlantic going to Lagos on 24th March 2020, on the 18th I was inform that virgin...

In May 2019 I bought a flight ticket to Johannesburg South Africa, than I realised that the month was wrong so I quickly called to ament the date. I was made to pay an extra £250.00.

The reason for the journey was to visit my sister who was unwell physically. So I missed my flight and went to the French airlines who were very helpful but I was not able to pay the business class. I told them that my sister was very unwell and she had taken to much time trying to talk to me. Despite the cost I was with my sister for 6 days only.

I then phoned the travel agent and I spoke to Chris, who checked for flights for the following day. Since I had over spent, my daughter in Canada had to pay for my ticket.

I eventually returned to the UK, 3 days later my sister passed away. AS you can see, I was so heart broken and all I was thinking at the time was I should have stayed longer and I had no money. I had no money to fly to Zimbabwe because a day after I left she decided to go and see her family in Zimbabwe.
I was so affected and started work yesterday. I a struggling as we speak.

So today I called Chris Kane to ask him to refund me the airport taxes. He told me that the complaints department emailed him and told him that there was no rotund because I had not reported this earlier. 1. How could I have had thought about the air ticket when I was grieving and confused. He then said that I should have reported within 4 days.

2. I phoned the French airlines who confirmed that the money should be refunded because that money is for the airport and not his company told him that the money we were talking about was for the airport and not the agency
3. He told me that I would not get my money after he had said they work my figures and see what I would be refunded. He asked for both the tickets and I told him.

3. I have emailed him but still awaiting a reply

Can this be resolved the sooner the better because if I do not get a reply, I will take this matter to someone who will deal with you on my part.

TravelhouseUK — unethical behavior by, manager incompetence paid for ticket but never got it

would like to raise a few concerns I have after I bought a ticket your travel agency A few weeks ago I spoke...

I have a serious complaint to make about Daniel Woods in Travel House UK London office. Really need you to...

Good morning I am writing to complain about the disgusting manner in which I was treated by Jason...

Sold a ticket that I could have bought without a deposit a month later. Terms and conditions only provided...

TravelHouseUK
Doing nothing would be this company's favorite pastime, if they had the energy for it.