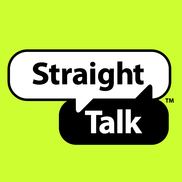 Having problems with Straight Talk Wireless?

I've been using straight talk service for 5 years now and decided to upgrade to the unlimited $60 plan 4 day...

I have been dealing with Straight Talk since July 2018 over this. My new phone quit working I contacted Straight Talk and the representative promised me a new phone. I received a refurbished phone approximately 6 weeks later. I contacted the company again and the representative put me through to a corporate person and this corporate person tells me that the representative never should have promised me a new phone but that since they did I would receive one. This person went on to tell me that my particular phone was on backorder and that they should not have sent me the refurbished phone but should have waited. This person tells me they will send a package for me to send the phone back in to them and when they get a new phone they would send it to me. I got the package sent the phone back in and waited about 2 months and then called them back. The representative I spoke to said that whoever I talked to wasn't corporate and the only thing they could do was send me a refurbished phone. I got agitated told him I was tired of getting the runaround and hung up. Please help

last product I will buy from you

Name: william davis/ have bought several products from wal-mart by straight talk. No problems in the past...

Ordered new phone($798.43) 11/2/2018 received email order([protected]) was submitted.
on 11/5/2018 received email order was authorized and is in the payment approved status . Payment pending on my Credit One account .
On 11/7/2018 $798.43 posted to the Credit One account (2469216n6xhr2j39)
On 11/9/2018 contacted customer service regarding status of order was transferred several time then told order was canceled and funds were refunded .
I made contact to Credit One account was not credited and funds .
contacted customer service for the 3rd time transferred 3-4 more times still no reason for order being canceled and still no credit to my account .

I have been checking my data speed and it is terrible. On my best day it's 1.5 Mbps but in the evening it...

As a technical support representative, I'm always in different places, using a different device, or switching between one carrier and another. However, I have never had such am abysmal experience with a service in my life as I have with Straight Talk. I previously used their $45/Month 10GB LTE plan, and reached my data cap abnormally quickly. I had basically just set the phone up four days prior, and bought the service. However, after four days of fairly normal use (Music, Facebook and a few Youtube videos), ten gigabytes was simply gone. While fairly exasperated by this, I knew that the $55/Month plan was supposedly truly unlimited, no LTE cap. I decided to purchase that, and completely eat the $45 I had already spent. This, as it turned out, was a mistake. I noticed serious inconsistencies with my service that hadn't been present before. Dropped calls while on full signal, random slow-downs in my data speeds, and sometimes I would get messages saying that I didn't have service when tryi g to make a call or send a text. That was the breaking point. I wasn't going to pay for a service that didn't work. However, I called their customer service line first. What happened next was such bundle ridiculousness and derailment.

The man who answered the phone (with an almost incomprehensible thick accent) was swift to I form me that "this wasn't the normal experience", even before I'd finished talking. He then went on to tell me that get fix that for me. Great, right? Not even close. After five minutes of silence from me, I which he typed and then yelled for someone to co.e help him, I was put in the phone with his supervisor, who told me that their entire system was down, and they couldn't help me at all. He asked me to call back I two hours. Whatever, fine. I called back. Only to find that the system had never been down, but the technical support department was now closed.

Twenty minutes later, I walked out of the Verizon store sporting a brand new phone and service, which I've had none of those problems with. ST Wireless was completely unprofessional about their basically unusable service, and I would struggle to recommend them to anyone with more than two brain cells to rub together.

Attached below is a speedtest result, captured at 3 bars of LTE. This is actually one of the higher results.

Ive been using straight talk for a while now and bought the "ultimate unlimited" data plan. well, after my wife and I have been bingeing on hulu and what have you, they completely turn the internet off my phone. they said that I had been using my phone as a hotspot and they don't have a plan for that. i've been using my phone with the hotspot on for the past year and now I can only call and text! i've never read anywhere where it says I can't use the mobile hotspot on my phone.

I purchased a phone and a $55 Unlimited Talk, Text, Data. The phone hasnt worked properly since day one...

phone service, all circuits are busy

I just paid 45 [censored]ing dollars, no not that much money, to put my phone in service and it's not working. Why...

company as a whole

I am a resident of Panama City, Florida. We experienced a Category 4 Hurricane on 10/10/18. Straight Talk...

I purchased a used phone and it was a straight talk phone. My friend that needed it was going thru a plan the...

not honoring a 3 month plan

Approx. 3 months ago my husbands phone went missing. I called emediately to have the number go on the...

I wanted to purchase a temporary hotspot on my cell phone. The Straight Talk representative told me I had to...

I was charged twice during the same month of service one week apart. I called customer service and was given...

I purchased a phone a month ago. Got the unlimited plan. From the start i realized my phone battery was no good. So i contcted support to see bout getting a replacement . Spoke to Lindor, he told me the batterys were out of stock and to go to walmart and they would replace it and also offered me a free month of service for the inconvenience. He said it would be documented on my account. Walmart did not help becausr it was over the 15 day return policy. So i ended up buying another phone and using the battery out of it. Well... Today my service was suppose to renew. It did not. My service is off and i called straight talk only to find out that Lindor lied to me. There was not even any noted on my account what so ever. I spoke to a manager named james and he refused to help me because he didnt see any documentation. He even admited it was the companys fault. He would not let me speak to anyone else. So now i am out of phone service, out $50 for having to get the new battery for a phone i cannot even use. I am furious! And i need this to be resolved please.

I refilled my data plan on 9/ 20/ 2018 at 4:30 pm. I purchased with immediate restart and half hour nothing. I called their customer service 3 times with no prevail. Each time I called, I had to take 3 surveys that had nothing to do with my phone service .. then call stopped. One time I got a female on line and she kept saying hello then that call ended. now they state on immediate restarting your plan, you lose a day for that coming month. if that is the case, how can they take away days if their service is not working? and for their surveys, why cant they fess up they are having problems? Jim S.

I've had straight talk since their beginning. Advertised Unlimited reduce data usually took a week. So they...

Had bought a unlimited card and took three days to get help to activate and I never got what I paid for very...

I have had Straight Talk wireless for several years. They recently started selling unlimited data plans for...

Straight Talk Wireless
7
%
There is some slight activity coming from this company when it comes down to resolving complaints, but so far it's neither timely, nor relevant.