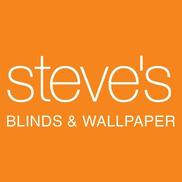 Having problems with Steve's Blinds & Wallpaper?

BUYERS BEWARE!!! DO NOT ORDER FROM STEVE'S BLINDS AND WALLPAPER EVER!!!
I had recently found some border paper that I liked and decided to order it online versus in the store I found it at in an effort to save some money. When I got the paper, it was a completely different color. The product in the store was more blue and the paper I received was more green. All information was the same. When I called to send it back I quickly understood "it was too good to be true". Here is how they would RIP YOU OFF! The border paper was 3 rolls @ $20.44 for a total of $61.31 I was told that there would be 30% restocking fee AND a $10 shipping fee so they would refund me $28.39!!! I bet he makes money hand over fist at that rate of ripping people off! You charge me $61.31, send me some crap that is nothing like the appearance on the site, or as I previously have seen, get back some product, and keep more than half of my money!!! Scam artist! No wonder you charge a 30% restocking fee and charge a ridiculous shipping fee on returns...that's obviously how you make your money! People order products and you send out crap and keep their money! Receipt C195695

Do not buy anything from steve's blinds.
I ordered blinds from Steve's Blinds with 100% satisfaction guaranteed, they were not special order but were a listed product. When I received the blinds they were not what I had ordered. I ordered what I thought were pull down retractable blinds and what they sent me were chain driven which would not work for my application. For these I sent them $72.59. I paid the shipping and returned the blinds without even opening the wrapping once I saw that they were chain driven and would not work. I waited for my refund which did not come and then I called them to find out about the return I was told that I would not get my money back but would receive store credit which I do not need. It has been a terrible experience and I would not advise anyone to order anything from this so-called place of business!

Well I am writing this review to let people know to shop with another online blind company. My experience so far has been horrible. I received damaged mini blinds and have contacted customer service. Complying with their request I sent pictures immediatly and now I wait. I called to see when my blinds would be remade and the rude and evasive customer svc. person told me they would get back to me in 24 hrs. Well guess what they haven't. I also think they sent me the wrong color and have ordered samples. Well I never receive all the samples in that order, most are missing. So Don't waste Your time on this mess. So far so bad.

Placed an order for Graber Blinds on May 18th. On June 8th, Steves had no idea where my order was but I couldn't cancel it. I called Graber directly and had them search Steve's orders and there was nothing. There was also nothing under my name, address, phone, email or product. My order was no where to be found. I called Steve's back but they insisted that the order was in with an alternate manufacturer who they could not disclose. I'll let you come to your own conclusions. I cancelled my order and called my credit card company to reverse the charges. They were more than happy to do so.

I ordered four single rolls of wallpaper. When I got the second role about four feet into the roll there was a misprint and I had to cut off the paper which caused me to have to patch one roll of wallpaper. I had a trunk to put in front of the patch so I don't think it will be noticed. If I was doing a wall that required to be in the open it would have been a bigger problem.

Go to Lowes or Home Depot for your wallpaper, you'll get a MUCH better deal in the end. I found Steve's Blinds and Wallpaper to be misleading, dishonest, and a ripoff. Then, they have the nerve to insist on a 30% restocking fee after having misrepresented themselves.

I love My Blinds from Steves Blinds and Wallpaper

I love my blinds from Steves Blinds and Wallpaper. I went to their showroom in Sterling Height, Michigan. hey have hundreds of blinds on display and seemed like hundred and hundreds of wallpaper books. My husband and myself made 4 different trips there. We just purchased our first home and didn't realize how expensive blinds and wallpaper are. We shopped around at all the big stores like home depot and lowes. We have a lot of windows and need some wallpaper for a couple of our bathrooms. Nobody at home depot or lowes knew what they were talking about when it came to the blinds. Also home depot didn't have any wallpaper books to look at. Everyone who worked with us at Steves Blinds and Wallpaper were all extremely helpful and very very knowledgeable about blinds. On one visit Steve himself even came out to the showroom and answered a couple of questions for us. He looks just like he does on his website. He was so nice and was extremely helpful. We ended up buying 22 Bali cordless top down bottom up cellular blinds from Steves. Not only are they the only place that really knows what they are talking about but their prices where almost half of what home depot and lowes wanted to charge us - Steves sent our blinds right to our house via FedEx and they didn't even charge us extra for it. They all came in 7 days. My husband installed all of them and they all fit perfect. Steves Blinds and Wallpaper definitely earned an A++ from us and we will recommend them to all our family and friends.

I have spoke with Jackie at steves blinds they record your order I ask if the product was mint green because...

100% satifaction guarantee is a joke!

DO NOT WASTE YOUR TIME WITH THESE SCAMMERS! FOR THOSE OF YOU THAT ARE STILL WAITING ON REFUNDS - YOU CAN DISPUTE THE CHARGES ON YOUR CREDIT CARD BASED ON FRAUDULENT CLAIMS BY THE VENDOR OR ITEMS RECEIVED NOT AS PROMISED. I too was hooked by the 100% satisfaction "guarantee" on the website and the low prices but it has been such a hassle!!! I wish I had looked for reviews before ordering. There are only 3 of 13 positive reviews listed here. That says something. I ordered two different wallpaper patterns. One pattern was received four days after I placed my order, on a Friday. HOWEVER, the rolls were shipped in a flimsy plastic bag that was merely folded over and sealed with the packing label. When I opened the package Saturday morning, one roll was obviously damaged with a tear in it 1/4" long and it cut into the roll 1/8" deep. I immediately called and was told that the manufacturer was closed on the weekend but they would take care of it first thing Monday and call me to provide an update. I received a return shipping label via email on Monday but no phone call ever came. Five days later on Friday, still no phone call or update so I call to see if the replacement wallpaper has been shipped. I call Steve's at 3pm EST and am told that the manufacturer is (AGAIN?) closed. The customer service rep was less than helpful and rude. I called first thing Monday and was told that the replacement order was placed that morning. I pointed out that the website states it will be placed immediately upon me reporting the damage, which was over a week ago now. I was told that the request for a replacement was not made until I called two days ago and it was being processed accordingly. I was furious because it should have happened a week ago. I spoke to another clueless customer service rep and a supervisor - both said they were unable to help me. I told them that the policies on the website, specifically the promise for immediate reorder of damaged goods and the 100% guarantee, should either be enforced or removed. As of now, I still have not received the replacement wallpaper but two weeks later, the second pattern did finally arrive *much* later than promised. THE 100% GUARANTEE IS A JOKE. THE WEBSITE SAYS IT BUT THEY DON'T STAND BEHIND IT. ACTIONS SPEAK LOUDER THAN WORDS. You can order any wallpaper found at their store from Sherwin Williams, Lowes, Home Depot, etc. with far less hassle.

Steve's Blinds & Wallpaper
40
%
This company is on the right track to keep up with incoming complaints, but there's still plenty of work to do.