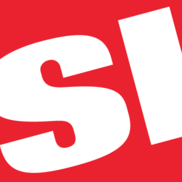 Having problems with Sports Illustrated?

My wife has been buying me the SI desk calendar for many years - I used to love it! Here it is the ninth calendar month & I am disgusted with your calendar! Last year you guys started showing FAT girls in bikinis! WTF is up with that? If I wanted to look at chubby girls, I would go to the nearest beach. I guess you guys are going along with some Politically Correct idea that chunky girls should be on calendars too. No they should not! Overweight people are unhealthy but you guys want to show their fat while wearing bikinis. Guess what, I have told my wife not to bother buying me the SI desk calendar anymore. I'll just go to the nearest swimming pool, lake or beach & see all the fat girls I want...

Hello, I have a a major complaint!!! I never ordered Sports Illustrated and and keep getting it in the mail!!! I am not paying for it. They can keep sending it, but it will not be paid for!!! I don't kow what is going on, but it better stop. I will take further action if it is not stopped. Thank you.

I have tried contacting Customer Service, but their website will not allow you to do so. It is very sneaky.

Please help me with this problem!!! Thank you.

First it began with credit card charges i did not even sign up for, after six months not noticing I questioned these charges. Not only was i signed up unwillingly i was not even receiving product. Got charges disputed but when i called sports illustrated to cancel whoever was on my account, they got angry with me when i told them i don't have an account i just have the card number. She began cutting me off and would not let me speak. Finally telling her the card number she bluntly said "canceled account" and hung up on me. Just glad i got the card off whoever was using my account. But TERRIBLE communication skills and horrible personality. Don't remember her name because she mumbled it but she had an non us accent.

I ordered the Eagles Super Bowl commemorative pack in February, the website said to allow 4 to 6 weeks for delivery. After 6 weeks I called and was told 6 to 12 weeks because of back orders and to call back at the end of 12 weeks! At the end of 12 I'm told the book was mailed but to allow 3 weeks for delivery. I asked for a tracking number but they said they don't have those. So I'm back to waiting. Asked about the jacket and football that was supposed to also be shipped and told that would be 12 to 16 weeks! Here it is in July and the football and book were delivered a month and a half apart... but no jacket. When I called about the jacket I was told I had to wait another week before I can call and claim the jacket wasn't received. They have such an archaic system that doesn't allow you to get email notifications to know when it ships or to track and make sure you're home so nobody steals your stuff the post office leaves at your door. I'm so disappointed that a well established company is so far behind in their technology.

I have experienced SI magazine delivery problems recently. I have not received 2 weekly SI magazine...

37 year customer walks away over 5 cents.....literallly

I would like refunds for the magazines that I did not order. It was an original $2.00 offer and no more.

I received a charge for 4 magazine subscriptions not authorized by me and I would like to be refunded for...

On March 12, 2009, an unauthorized withdrawal in the amount of $110.88 was made on our checking account. We have never had contact with TWX Sports Illustrated, never ordered anything through them, nor received any merchandise from them. When we tried to contact the company on April 9, 2009, after seeing the entry on our bank statement, we were put into an automated answering system that requested information that we could not provide since we've never received a statement, magazine, or any other information. This company just took funds out of our account. It is a total scam! We have just called the local authorities to report this ripoff.

subscription sent without being ordered

Yesterday I filed a complaint about Wellness Watchers MD. Well the problem that I am having with them making...

Just got off the phone with my bank for the exact same thing. $24.54 taken from my account without...

signing me up for subscriptions

I never ###ing signed up for your stupid magazine then i look at my debit card transactions at my bank and...

I bought a pair of shoes at FINISH LINE and I used them ounce, for an hour at a basketball pick up game and...

I was with a friend at a Barnes and Noble Bookstore, waiting to order my coffee. I was looking at the...

Sports Illustrated
0
%
Doing nothing would be this company's favorite pastime, if they had the energy for it.