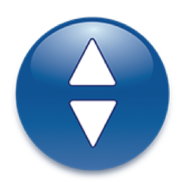 Having problems with Sleep Number?

We bought a Sleep Number bed back in 2003. I slept on it for about a year and a half but started to get back aches so I began sleeping in the extra bedroom on a regular bed. My husband still sleeps on the Sleep Number bed but is constantly complaining about back aches. I really regret buying the bed but we spent so much money on it that we feel we need to use it. Kinda silly huh. I wouldn't recommend this bed to anyone. It is starting to sag in the middle. Every once in a while I'll sleep on it with my husband but would get up in the middle of the night to go to the other bed since I'd wake up with backaches. This was one of the worst purchases I've every made. I won't make that mistake again.

not what you expect!

My then 80 yr old Mother and I went to the Mall to look at the beds.We laid down on several.Felt wonderfull!...

remote has no display

Hey everyone that has a Sleep Number bed. What's your number? Me? I can't tell you. Both wired remotes lost their displays within a week. Talked to Select Comfort. It seems their warranty does not cover the wired remotes. Because it is wired to the pump, it is too costly for them to cover problems with the remotes. I cannot find anyone that has parts for them. Anyone have an idea where to find the displays for these remotes, please let me know.

does not rasie or lower position

I purchased a queen-size sleep by number in May '05 at their Menlo Park store. It had controls to...

I would love to hear from someone who purchased one of the better models of Select Comfort either the 7000 or 9000 if you are interested in selling you bed, and are in Texas. I would love to buy one but I'm completely perplexed at the feeeback. People either LOVE them or HATE them no in between. I think I would like one but I don't want to take a $5000 gamble. If yours doesn't work for you email me with particulars, age, condition, location, and price to [protected]@gmail.com

Select number beds are nothing more than a couple of air mattresses with a hard plastic frame and an air...

I am disgusted with my Select Comfort sleep number bed. I paid over 8, 000 for it and it will not retain the pressure it is set at. Noone will come and fix it, expects me to fix it myself with instructions on the phone, and to replace parts myself. This is totally disgusting for the amount of money we spent. Someone should be able to come to the house and fix it for me, it has never been right since I bought it 8 months ago.

Is there nothing that can be done legally for purchasing something that has never worked as advertized?

mold issue with the foam

The interior of my Select Comfort Bed is moldy. I asked for a replacement foam insert and they want to charge...

I bought a Sleep Number bed 4 yrs ago (the dual control type). I noticed I started waking up with terrible...

misleading and hidden info on financing!

I had been looking at the sleep number bed for some time and had received informational material from them. I...

I purchased a select comfort bed in the year of 2001. Between 2001 and Jan 2008 I had to replace the air pump four times, and two air chambers. Although under a prorated warranty ( 70 Percent during my problem period), the air chambers cost about 50 each and the air pumps are over 150. I have also had to sew my mattress seam back together by hand to keep the zipper from becoming unattached. The air chambers can fail due to O-Ring Failure, cracked plastic air-intake nipple, rubber seam failure or air hose connector malfunction.

One needs an experienced pit crew to keep this bed system in operation. The bed sleeps good except for the dreaded trenching effect. That's where one person slides into the other sleeper because one person chose a lower sleep number than their partner.

I purchased a sleep number bed do to a couple of herniated discs in my back. I had been sleeping on the couch...

I hate this bed. We purchased the Sleep Number bed several months ago and I was out of the country when it was delivered so I missed the 30 day return window. I set the number at 50 when I go to bed and wake up in a couple of hours with it being too soft or too hard. Sometimes it's 70 and sometimes it's 35. I have a back and neck ache every morning. Now I'm stuck with a $1600.00 bed I'm gonna be paying for for years.

Thanks for nothing, Sleep number!

We purchased a sleep number bed with duel controls about 6 months ago. After a fews weeks my half sunk in, I almost have to be helped to get out. I made the bed harder and after a few days back in a hole i was. I called customer service and they sent me out a pad to put underneath the air mattress, because i could feel the hard bottom. That didn't work ! I called again and was told sink holes weren't under the warranty and at that time was told to vacuum the top cushion. Which hasn't helped. My husbands side is fine and he weighs 90lbs more than me. I realize that mattresses do sink some, we're talking about a 6" inch depth and after only a few weeks, and another thought if it's air and i get out shouldn't it re-distribute itself ?. Well. it doesn't. the hole is always there. When i get up and my husband moves he falls into the hole. We are paying over $2000.00 for a bed I'm ready to change. I thought it would last me much longer then a few months.

SO I WOULD THINK TWICE BEFORE PURCHASING A SLEEP NUMBER BED. I have pictures of the hole if any one would like to see just email me and I'll send u them. A DISSATISFIED CUSTOMER!!!

I'm so happy to finally read complaints that equal mine about this bed!! I had some minor back problem...

worst purchase ever made

I have not had a good nights sleep in over a year! This was the most costly mattress I have ever purchased and definitly the most uncomfortable. I like my side firm, my husband likes his side soft. My problem is that because of this difference, I spend the entire night trying to resist rolling down to his side of the bed. I feel like I am sleeping on the side of a hill all night. It seems like they should have put a decent baffle in the middle of the bed to prevent this from happening but that would be a poor assumption on my part. I would recommend to never ever ever buy this bed and just invest in a decent mattress which will cost probably half as much. This product should be recalled

I'm returning this mattress because it's very uncomfortable, and I called on July 2 to arrange pick-up. They "can't" pick it up until July 29. For $199, I would think they could make a special trip. That $199 is supposed to include the cost of taking the bed apart, but because I didn't want to spend a month on an inferior mattress and was able to get a new mattress right away, I bought a replacement mattress and therefore had to take the bed apart myself, and now it will be stacked around my apartment for a month.

When you look at the bed, don't let the sales person turn on the thing that makes it adjustable and the vibrating stuff. She had me sitting up in it for 15 minutes, and I was too stupid to realize that I really had no idea how comfortable or uncomfortable it really is. If you have two chambers, it slopes toward the middle of the bed. I'm told that doesn't happen if you only have one chamber, which defeats the whole purpose of having a choice. They also tell you, after you've bought it, that you should have at least three slats on your bed frame, and I didn't, but I'd never have bought the thing if I'd have known I was going to have to modify my frame.

lied about finance charges during promotion

Well I't seems i'm part of the so many unhappy and complaints about GE Money Bank. Me and my wife had purchased a bed from the store called Select Comfort in 11/05 for the amount of 2,100 dollars and were given a 18 month free of finance charges. The finances charges were not to be added or charged by GE Money Bank until the promotional period was to be over in 5/07. Well to my surprise I'm not sleeping so comfort in this bed anymore, to my surprise after paying 100/200 monthly this months statement came in and expecting to be at the ending balance of 800$ we were finally happy to be able to pay it off with our income tax but we were shocked to se that our balance had jumped to 1,500$ as you can imagine this but me in a up roar. I've called GE money Back and well it's like talking to and scratched record player getting the same answer from everybody, from customer service to supervisors - well the finance charges had started since day 1 and since the balance was not paid in full before the ending promotion date that it would be added on at ending period, but in the mean time here we were thinking that the finances charges were not going start until the ending period like we were told by the salesperson al Select Comfort sleep bed company. GE Money Bank is one off the most rip off banks that i have ever done business with and will be the last time i ever do. They were at no help, they are not an bank you can go to-just over the phones probably hidden in some warehouse or abanded office, but by word of mouth and other means people should be warned about select comfort and ge money banks practices on how they do business and how they do not help the customer at all.

You buy a bed, you have no payments no interest for 1 year, but if you don't read the fine print and...

Sleep Number
0
%
Doing nothing would be this company's favorite pastime, if they had the energy for it.