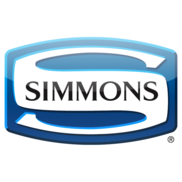 Having problems with Simmons Bedding?

I have really enjoyed my air mattress when i used it this last time being less then a year old I got air in just fine but the cloth on top of the mattress sewing came out so now it has a big bubble in it and is very uncomfortable is there any thing I could do I no i can use a needle to sew it back down so what can i do?

bought furniture on january 29th, was delivered damaged, told it would be replaced it is now march 6th and still no replacement. asked for money back offered $100 to wait a little longer, also given two lamps. next stop tampa police department. being given the runaround by brent, the manager at the dale mabry store.

Simmons Mattress Co. did not and will not honor the warranty for a BeautyRest California King mattress and box springs that cost over $2900.00 that was purchased through mattress warehouse. Mattress had body impressions on both sides of mattress and the inspection people from mattress wharehouse checked only one side said a box spring was upside down (was only for week), second time inspected said dirt was on mattress (brushed off easy)they said it had stains (Untrue) Mattress Warehouse along with Simmons found whatever reason to say the warranty was void. In my opinion Simmons Mattress Co. is the worst mattress I've ever owned and will never get a dime more from me. Also filed a Better Business Bureau complaint which did not help assist at all.

I purchased my King-sized Simmons Beaty Rest mattress only 2 1/2 years ago. Nearly a year ago, I had to have someone come out from the fruniture store where I purchased the set and check the mattress for sagging. I was told it couldn't be replaced even though it was saggin in the middle.because my husband had sweat and caused a stain on his side of the bed. I have since tried to just keep the mattress, but the sagging is now intolerable and the mattress is only 2 1/2 years old. Why does it matter if there is a slight stain on the mattress-is it guaranteed against sagging or not?

The complaint has been investigated and
resolved to the customer's satisfaction
Resolved Simmons Beautyrest — Sagging mattress, horrible custoemr service

I bought a queen beautyrest on 9/28/07 for almost $1700 including a new simmons box spring and waterproof...

I purchased a Simmons Beautyrest king mattress. We have called several many times over the past 2 yrs and they will not do anything about there mattress we purchased from Appels in Brookings oregon and paid alot of money . We in fact keep getting the run around and they give us numbers that are not in service or a number in a diffferent state and the manufacture keeps informing us that we have to go back to the store we purchased it at. They are now in fact going out of business after we have went into the store many times trying to get this ataken care of ..so we are trying to see if you can help us exchange this for a different mattress, it has a 10 yr. warrenty, and alot of good that does us now.. thank you Traci Rangel

This company posted an ad on craigslist sayign they had a free crib. We are in desperate need of a crib and cannot afford one. The person even went so far as to schedulea pick u. and then emailed and said the crib was gone but that i could use a promo code and get a free teeth whitening kit. How disgusting to prey upone people who can not afford a bed for their child. they should be ashamed.

The complaint has been investigated and
resolved to the customer's satisfaction
Resolved Simmons Beautyrest — Sagging and chemical odor!

My mattress nightmare started 6 years ago! And to no avail have I had any luck. Im grasping for straws here...

The complaint has been investigated and
resolved to the customer's satisfaction
Resolved American Frieght Furniture/Simmons Leather Living Room Set — Lying manager, no furniture nor a refund

This Company is a rip off. I really don't know why the law is allowing them to stay in business with so...

I had purchased a mattress set from Value City Furniture for $1700.00 with a stain guard protection. In less than one year, the mattress developed a sinkhole in the center (my husband and I are average weight, 150 and 190 pounds); I returned the mattress and got a replacement of the exact same kind of mattress. In less than a year, this mattress did the same thing. I did not report it as quickly because it was hard to get someone to return the mattress; when I tried to get it replaced Value City Furniture refused to replace it because the mattress had a "stain" on it, which had absolutely nothing to do with the performance of the mattress. They voided the warranty even though I paid extra for the stain guard. I turned them in to the Better Business Bureau but it did not help. I will show anyone the pictures of the mattress if they want to see them; I do not want anyone to get duped like I did.

Aug. 2005 I purchased a Simmons Beautyrest World Class Mattress for $1700.00 from a Mattress Giant . I purchased a new arrival floor model for a substancial price reduction. When purchased I inquired on the 10 yr. warranty and was advised the warranty was valid. The first 3 years the mattress was fine. After that we noticed how it was sagging where we slept. As time went on the sagging was more visable to the eye and the middle of the mattress was protruding making for a bad night of rest. I contacted Mattress Giant and they showed no interest in helping. When I filed a warranty claim I was notified that the mattress did not ever have a warranty because it was a floor model and the invoice was marked "sold as is"? And indeed in small print the invoice says just that. Who does business like that? So, we are currently sleeping on a very expensive defective mattress. I have learned a lesson. I will never purchase from anyone in the future without doing more research first. And will most certainly read the fine print! I will never buy from Mattress Giant they are not a reliable company and I hope this posting will help buyers aware of there unfair business practice. They certainly do not stand behind there product. I contact Simmons and the door is still open on that.

The complaint has been investigated and
resolved to the customer's satisfaction
Resolved russell simmons rush card — Money taken...

Poor customer service….. They take your money when your purchase don't go through, you lose that money, a never get an explanation. And you get the run around with customer service, and so forth. My phone has not worked right since that call. And it just has to be some type of explanation.


When you do not receive what you are trying to purchase and your card is scanned, the money is taken off your card; you never get that money back. That money is taken from you, and you get the run around. They also locked my phones contacts. I am not totally without fault. I did say something out of anger, because it was not fair for them to take my money, $7.11. I got hung up on when I asked for the manager, and didn’t want to talk to the respective anymore. The manager said she didn't see where it was returned, but I had already been told that it was there. They were going to send the form to fill out to get my money put back on my card. That never happed.

I purchased this bed from HSN. Less than 6 months later it started to develop a divot. This hole is HUGE. I contacted HSN and they said it was too late for them to refund it so I needed to contact Simmons. I did and they informed me that I would 1. have to take a series of pictures and send these in with a letter 2. pay for shipping BOTH ways for the defective mattress 3. wait several weeks for a replacement. Now what am I supposed to do without a bed for a month or longer? This is the most expensive bed I have ever bought and by far the worst. Since I cannot afford the shipping fees or to be without a bed I have to suffer now. I even turned the bed now a nice indent is developing on the other side too. What an unfair company!

The Simmons Palm Cove Queen mattress I received on 11-15-09 is sagging on both sides; I have rotated the...

I set up an appointment for today, November 5th 2009 at the Big Flats Simmons-Rockwell dealership for my 2008 Chevy Silverado 1500 LTZ.

After waiting for an hour, the service rep came in and told me they couldn't perform my service because it was a Chevrolet. What they meant to say was that they wasted my time because they didn't want to do warranty work that they wouldn't make money off of!

I asked if they could refer me to where I could get this service done and they never returned or gave me any contacts so I left.

Just bought this mattress 7/30/09 and the first night the bed caves in where you lye. No support what so ever...

Like many other complainants, I bought a Simmons Beautyrest firm king size mattress that started to sag and cause lower back pain within a year or so of purchase. After two years, I finally decided to replace the mattress.

Unfortunately, I don't have the original paperwork, but if I did, I'd be filing an FTC complaint.

What a piece of overpriced garbage!

We paid $2, 500 for what we thought was a premium, top of the line mattress and box spring only to find out...

I purchased a king-sized Simmons Beautyrest mattress set from Easy Life Furniture in 2004. I paid about $1800...

The complaint has been investigated and
resolved to the customer's satisfaction
Resolved Simmons Worldclass — King size sagging, no support, and hurting my back

Bought a king size Simmons World class top of the line. I have had it less than a year and my back hurts in...

Simmons Bedding
51
%
This company definitely cares about its customers and responds to overwhelming majority of complaints.