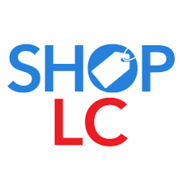 ComplaintsBoard.com is not affiliated, associated, authorized, endorsed by, or in any way officially connected with Shop LC / Liquidation Channel.

I would like to know why a host is allowed to make fun of italians. She says Stop a da music. In this day of sensitive speech why does she still do it? Maybe no-one cares. I have bought a lot of items here and had friends and family join. We are starting to draw back when she is on. I am sure I will not here anything from anyone . Just thought some one should know. Thank you Mrs. Dolores Palmer

Ok to make a long story short they make mistakes sent items to address and it was returned un-deliverable and...

I've been a member of liquidation channel since 2011, lately 3 out of 8 items seem to be defective I mean beads from broken necklaces laying in the bottom of the box, scarves with holes in them, rings with stones missing, each and every time I have called these people they I have been told because of my replacement of merchandise, charge back to credit card & store credit they can no linger assist me until the $9.99 item is sent back I explained to them I have no problem sending item back as I have done several times in the past I also told her the item would not be available by the time I received my credit back 4-6 weeks from now she could careless. I am writing this to let people know what poor quality this merchandise is .

I have purchased a lot of rings and other jewellery from this company. The only rings that seem to keep the...

Don't waste your hard earned money on the glass and metal jewelrly that they sell, the stones fall off on the first time you put on the ring. I ordered a few rings from them and had the same problem with all of them. My friends also ordered some items and the best part is that you can't return it after 30 days, even when the merchandise is damaged. They only sell chip China made c***. Even if it cost you $10.00, keep it in your pocket, spend a little more and get the real SS jewelry on Ebay or better yet, Netaya.com.

BAck in July by sister passed and had ordered some items. I called and asked if I could return. Sure we have...

I have been purchasing from this company for more than a year and have purchased many items (probably into the thousands of dollars at this point). In the last several months I am sorry to say I have seen a dramatic decline in service and it doesn't seem to be getting any better. Delivery is promised in 5-7 days. Orders that used to take no more than 48 hours to ship now take a week or more. Often then don't ship at all. One of my orders was cancelled after more than half a month of my trying to find out why it wasn't shipping and I was told there was "a quality or quantity control issue, " as though they didn't know which one. Apparently there wasn't either, as they are still selling the identical item on the auction site. That wasn't the only order I've had problems with shipping, just the most drastic. Stupidly, I decided to give them one last try and placed an order for one item four days ago. Now I'm still waiting for that item to ship -- more aggravation! I've completely lost confidence in this company and don't think I'll be ordering again. At this point, I can't recommend them at all. It's too bad because their items are nice, for the most part (a few clunkers but mostly good things) and they have good prices, but virtually nonexistent customer service -- excessively long wait times even to speak with a customer service representative and ineffective assistance once you do get through. I've had orders arrive from other countries faster than from this company. This is company clearly does not care about customer satisfaction at all.

Go to the BBB
This complaint was forwarded to the BBB for numerous issues and none were clearly addressed and there will be another notification to the Attorney General in TX regarding Fraud/misleading advertisement and do not speak to the CS Manager, Zeke Redden he would not take the recordings nor correspondence to back these complaints:
This is a long deserved and overdue complaint and a request for action regarding the Liquidation Channel. I have had numerous issues with this company.
1. They assume zero responsibility for warehouse issues
2. They hold orders in order save shipping costs.
3. They are slow to ship items.
4. The customer service is poorly managed and trained.
5. All Supervisors and/or Managers busy when there is a problem.
6. I have been hung up on.
7. I have received differing information.
8. I have received a “promised” call from a manager and did not receive one.
9. They don’t advise a customer when an item will not be shipped, they simply ignore it and process a refund and cross it out on the invoice with zero explanation.
10. I have been told customer service cannot contact the warehouse then turn around on the same call stating a manager is going to the warehouse to “locate” a product that has already been paid for in advance from an auction item.
11. They are inflating retail prices when you can find the same or similar items on Ebay from china/Japan for a quarter of the price.
12. A supervisor told me they couldn’t pull an item from auction in order to send it to the rightful buyer and then in the same call they pulled the vey same item claiming it was defected. What is truth and what is fiction. I asked if the bidders on the item would be made aware of the pulled item and the reply was, “No, they will not”.
13. I have yet to receive items that I paid for via their auction that is the actual item I bid on, won and paid for and they don’t have the item to sell but still take your money.
14. A supervisor Camille M. did not return emails to me. (I have copies of said emails)
15. Packaging is horrible- broken jewelry bags and items just thrown in a bubble wrapped white envelope.
16. Placing items an on auction that are not available to ship and accepting payment for the item anyway. I believe that is misleading or defrauding the consumers.
17. Offering coupons/store credits when they cannot be utilized.
18. Avoidance of speaking to a Manager, at all costs.
19. Long hold times
20. Items that are broken or damaged when received.
Seriously, file with the BBB to ensure consumers are not in my position.

In April 2012 I ordered two items from the Liquidation Channel with my debit card. I have never bought myself...

I won designer earrings, a ring and a bracelet I received the ring and bracelet but not the designer earrings, I emailed them and they appologized and said they would have them sent right out, so far I have not received the earrings, I believe it is becuase they are designer they hope to get you there by offering designer merchandise along with the other jewelry so you will purchase the other stuff and then not actually send out the designer stuff (pianegonda is the designer) I am really disappointed in them, I have been emailing them but have not gotten any more responses. this is a scam.

Shop LC / Liquidation Channel
54
%
This company definitely cares about its customers and responds to overwhelming majority of complaints.