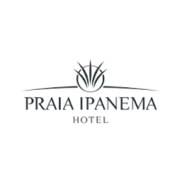 I booked a room for my daughter Madalena Carvalho for July 22 and 23.
I paid the fee for 2 nights.
She did not maje it on July 22 as her flight was delayed 6 hours.
I called the hotel to advise and spoke on the 22nd July to a woman and said she was only entering on July 23.
When she arrived a very rude man said that since she had not shown up on the 22nd, they had locked her out.
She was left standing in the middle of the street in her dangerous city with her friend and her bags.
She had to find another hotel in the middle of the night.
The men at the reception would not let her use
The wifi to look for another hotel.
She was mistreated and abused.
As her mother I demand compensation and apology.
I booked the hotel because it was recommended.
I will alsobtake other measures if this is not handled.
Regards.
Theo Wolf

Praia Ipanema Hotel
0
%
Doing nothing would be this company's favorite pastime, if they had the energy for it.