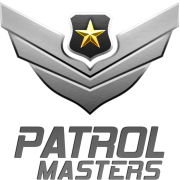 Having problems with Patrol Masters?

getting towed being a week old homeowner

Hi I just want to start by saying this patrol Masters Inc. is a joke. I recently purchased a condo in Palm Desert and just got towed for parking. When spoken to them their response was that I was not on a safe list of a condo that just closed escrow. However I've been trying to obtain parking permit but company just makes it impossible. No wonder Xtreme towing has told me good luck with the the company of Patrol Masters. It's astonishing how I was treated when this issue was communicated with them very rude and condescending. What a violation to a week old home owner. The worst was HOA just said my vehicle permit is still process of getting added. Therefore I was eligible for towing untill the process is finalized. So basically don't park in your house. WHAT A NICE HOME WORMING GIFT.

I work part time odd hours and so I'm able to get the same permitted parking spot, which has lead to a about...

[Resolved] security guard being racist and violating my privacy

Security guard being racist at Sonora wells Indio California. Violating my privacy Follow me from the front...

My household is being unfairly targeted by a guard with Patrol Masters. We live in an HOA and the guard towed my brother's vehicle for parking on the street. The problem is, his is the only vehicle that has ever been towed in the complex. Then the night after it was towed, the security guard came on to my property and taunted my brother about having his car towed, and threatwned that he would be watching him to do it again. Then the guard proceeded to drive past my house multiple times over the next couple of hours, which they have never done. The guard stopped and asked us why we were scared to go un our house. My brother has on video when the guard got out of his car and came up my driveway to taunt him. I have spoken with Patrol Masters multiple times, including a Manager named Mark. At first understanding, he then informed us his guard denies all of the incidents occuring. Then said he considered it handled, .as no further incidences have happened since. Mark refused to tell us if any other cars have been towed, which they have not, and implied it is at the guards discretion. Additionally, the guards have been seen sleeping while on duty, and only ticket cars when they want to. Yesterday a car was parked in front of a fire hydrant all-night, and did not receive a ticket. Not the forst.time this has happened. I now feel uncomfortable with the security people that are supposed to keep our neighborhood safe.

towing with no notification, warning or notice

We moved into an association 3 months ago and were Never notified of a required permit. My husband wa...

Listen Patrolmasters, time to start cleaning house. Time to start firing some people. Like Donald trump says "YOUR FIRED". You want a good security company, get the security officers that accually want to work and do a good job. It does not matter if the top supervisors are your friends, fire them. If they were really your freinds and they cared, they would not of alowed the company to get this bad. To find some new people who know what there doing, give the hard workers who care a chance and you will have good company. Because the employees you have now are screwing people over and destroying the company. Time to start "Firing some people. good luck in your venture.

On January 21, Jessica (the woman who answered the phone) failed to enter the correct number of days for safelisting and I was towed. After filing a complaint with the BBB and contacting the HOA, Patrol masters finally sent me "copies" of their citations they claimed they issued - a month and a half after I first asked for them. They never left the citations on my vehicle, and therefore, I never knew I was not safelisted. It seems that these citations came out of the blue only as a last resort to deter me. The only document I received was from the tow yard which indicates dates other than what they claimed for "non-safelisting." I have the cell phone records showing the call was made to safelist, but they won't budge on admitting their mistake. Has anyone had similar problems? If so, have you made any progress with them? I'm debating small claims court at this time.

This neighborhood requires that you "safe list" your guest's vehicle for overnight stays. I've been...

I am fifteen years old and I travel through a neighborhood on my way to school in the morning. Me and my friend stopped there today to eat breakfast because school didn't start for another hour. This creep comes out of a Patrol Masters car and starts walking around us for about fifteen minutes. Suddenly I feel his hand on my shoulder and he turns my body fully around and starts screaming about how we're not supposed to be there and he's going to arrest us both if we don't leave the area at once. He didn't even ask if we lived there or anything (which we met one of our friends who IS a resident there). So we leave and I turn around and this man is checking both me and my friend out, head to toe. I've never felt so harassed or violated so we called Patrol Masters to make a complaint. They didn't take us seriously because we're kids.

fail to provide services as hired

On 11/14/09 I notified Patrol Master, Inc. and was requesting a patrolperson to respond to a noise complaint...

Patro Masters places more than one citation in a 24 hr period, resulting in a TOW in just over 24-36...

I received a Notice of Violation for "Non Movement of Vehicle: stating that This Vehicle is now be4ing...

I had my vehicle towed from what the Security Co. said was an "undesignated" parking spot. This has resulted...

Patrol Masters Inc., is a relatively new new service to our community at Province De Aliso, however their reputation in the community is quickly dissipating. We have had several Vehicle vandalisms since they took over as well as some home invasion robery's. I recently had my vehicle towed because it was temporally backed into a Legal Parking Space. The towing company, Beach Cities Towing Services apparently caused damage to my vehicle during the tow, Not to mention they gouged me for every type of Bogus Fee they could tack on. The Total Cost was $270.00 which included 125.00 for towing 5 miles.

Needless to say I strongly believe there is a collusion between Patrol Masters and Beach Cities Towing Services, INC.

I currently live in the Monaco Townhouse Community in Anaheim, CA. I came home from a family party on a Friday night, at around 3:00am. Due to the holiday, my neighbors trash cans were in front of our garage and we decided to part outside in the visitor parking lot. When I woke up the next morning, my car was missing. In a panic, I called the police department because I thought someone might have stolen my car. However, I found out that my car had been towed by my own association!!! I called them quickly and the patrol company informed me that they towed because I did not have a permit. Yes, that is true I did not have a permit-however, it states that we are supposed to receive a warning, which I never did. In fact, they stated that I had two warning- two months ago, that I was apparantly sited/warned about. THIS IS NOT TRUE!!! I was never warned or sited and in fact, I rarely park out in the visitors parking. I just think this is crap. I never cause problems in the community and I always safelist any visitors vehicle. In fact, my roommates car has been out in the visitors parking for two days with out being safelisted and has never received a citation or has not been towed! I really feel that the inconsistency in this company doing it's job is ridiculous. Basically it doesn't make sense that they can tow one person and the person that is sitting right next to them in the same parking lot-who has been there for two days with no citation, doesn't receive one and is not towed!!! Someone really needs to do something.

Patrol Masters is just like any other security company: they are able to get away with not performing regular, diligent work, so they just don't do anything. Their owner even said "what do you want me to do, tow cars?" in response to a request to tow cars in violation of code!

Lazy (they have been known to take up to 3 hours to respond to noise complaints). Inept. Crooked (they will email homeowners in violation and allow them a 'second chance' in violation of the HOAs, rather than cite and tow).

Patrol Masters does not earn the money they make from HOAs.

are patrol masters totally inept ###s? i spoke to a representative last night about getting my garage...

Patrol Masters
6
%
There is some slight activity coming from this company when it comes down to resolving complaints, but so far it's neither timely, nor relevant.