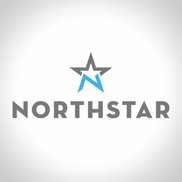 Having problems with NorthStar Alarm Services?

I sold my home in November, 2020. I was informed that I would have to pay the additional amount owed on the contract. I did not sign a contract. A representative contacted me with a telephone conversation. This conversation consisted of the representative asking questions and the person on the other end of the phone answering "yes" or "no". Quite conveniently, no conversation was carried on to identify the person on the other end of the of the telephone. A copy of the contract was sent to me via the internet and the signature and the initials WERE NOT mine. I complained about this to the person on the phone and he said that the initials and the signature were put in place during the above noted telephone call. It was all a "verbal agreement".
I do not feel that I owe anything. I paid my $49.99 a month from June, 2018, until November17, 2020. All the equipment is still in the House if you want it.

We have completed our 5 year contract with northstar and notified the company more than 90 days ago that we...

I opened the door to a Northstar Alarm Salesman. BIG mistake. I listened and fell into the trap purchasing a...

We've been with NorthStar for several years. Recently I had smoke coming out of my oven, no fire. The alarm went off and they called my cell phone which was on mute. They confirmed that they did not follow protocol which was to contact me over the intercom. They deployed the fire department and now I have a bill for $850 from the city. If they had followed protocol and simply called me over the intercom, I would have told them not to deploy them. I've contact them at least 3 times via phone and 4 emails requesting them to handle the bill and they won't respond to any of my requests, not even a NO.

If they don't handle this bill, I will cancel.

They will not allow you to cancel. I signed up over 5 years ago, called to cancel last year and they told me I had a 5 year contract, fine. Sold the house and called back at 63 months and they said it automatically renews for an 18 month extension and I need to send a letter 60 days prior in order to cancel so I owe for 5 more months. Would not put a manager on the phone, then told me I threatened them so they would not talk to me. I asked what I threatened them with and they hung up on me. Avoid this scam company using predarory contracts!

Unlike other people on this site I did know that I had signed a 5 year contract however given that I don't...

The company is awful and DO NOT care at all about their customers! I have been a loyal customer for 7 year...

fcc#[protected] tech aren't skilled. service never worked correctly cameras never online. tech made us uncomfortable. told us he come out later no charge. called later was a 99 charge in July. if error on company side no charge. charged applyed 3month later unauthorize keep threating to place on credit. bank reverse charge, they charge it again Dec.

I have moved to a different state and have call numerous times to have my service moved. This company will not call you back. We have done the web chat and called and left messages. When I did finally talk to someone weeks later they can not help me, they just transfer me to another department which goes to voicemail. Does a follow up call ever come, NO. I could get no answer as to whether I would take my system with me when I moved, finally over a week after I moved they said you are suppose to take it with you, since you didn't you have to sign another 5 year contract. I said nope not happening, you all can not call me back or follow through with anything. You app doesn't work half the time, you doorbell camera doesn't work and you can't talk to anyone that is at your door. I wanted to talk to a supervisor, manager or even the CEO. They said that they are trained to answer any questions, I then repeated I wanted to talk to a supervisor or manager. Nothing happened except she transferred me to another department which went to voicemail. I am still waiting for them to call me back 24 hours later, which I know they will not.

I will not pay any cancellation fees to this company. I even fold them I could get access to the house for one day, they said it will take weeks before they can get a Technician there to remove the old system. I said you have one day as the house is being sold and closing is the following day. After this they transferred me and that guy said he would help bit then he transferred me to another department again which, you guessed it, it went to voicemail. No call back still.

I do not recommend this company to anyone that wants an alarm or security system.

The issues started when the tech did the install. Apparently he tripped over a gas line in my attic and...

My mother recently died and I am moving to her house because it is in a better town and neighborhood and the house was left to me and paid for. My home I was purchasing as a single mom. I called North Star to cancel my service, I was informed I'm in a 60 month contract till 2023 and an adendum since Feb. 2017, I was not aware of that the tech came by and said he needed to replace a box and add a carbon monoxide detector. I was not told that I was extending anything. The lady I spoke to today said I could move my service which I do not need where I moved to or pay early termination fee of 3, 035.00! I called the bank to stop drafts immediately! I have other family and friends that experienced the same thing with these contracts, its wrong!

During a storm in my hometown on July 21, 2018, we experienced a power outage. For various reasons, I had to break into my house through a window to gain access. Between 8:00-9:00 p.m. CDT I called the Tech Support line to alert them that it was me breaking in and to ask them to notify the police or fire department not to show up. No one answered the Tech line.

When we struck the window and the glass shattered no NorthStar Alarm bells or whistles sounded. There was a weak beep beep beep from the alarm system panel at the opposite end of the house. NorthStar didn't call me to verify a breech or to guarantee my safety.

I called to complain, my first complaint in the eight years I've been with the company. I questioned whether I had been monitored at all over the years. The supervisor, Julianna, explained that the back-up battery only lasts 6-8 hours. I told her that was unacceptable because it would be a prime opportunity for someone to break into my home and the alarm company needed to do something different.

I also told her that I want to cancel my service this Fall when my contract is up. She then told me that I had signed on until 2021. I denied that claim and went on to detail my reasons why my contract is up this year. She said she would look into the matter and call me back. She did not. I called for her again. She was off that day but the woman, Kirsten, who answered the phone said she would personally email Julianna and ask her to call me. Julianna did not return my call. I called yet again, only to be told that she couldn't take my call and that she would call me the next day, Saturday, August 18, 2018. Once again, she did not.

The alarm service was an epic fail on July 21, 2018, and I want to talk to someone with authority to cancel my service at the end of my contract in Fall 2018. Julianna needs to be fired for ignoring and arguing with a customer, especially one who has contracts and emails to document her claims.

NorthStar is obviously not the same company that I once trusted.

This sale was accomplished through aggressive sales tactics on June 13, 2018 by salespersons Mark...

I am a new homeowner and I made the biggest mistake when I open my door to a salemen who pressure me to...

Mike Long representative with North star came to my home and i signed up to receive their service. Mike wrote...

NorthStar Alarm Services — mike long was my representative with your company

Mike Long came and signed me up for your service. He promised to pay my early termination agreement I had...

I am moving to a retirement center because i am 80 years old and need to be where i can get help if i need it and northstar won't let me cancel my contract. My retirement center has sent two different sources explaining me moving there as of today i turned this company into the attorney general. This incident happened 11/24/17. I have had this service for two years and i need to go to this retirement center for my health. My name is rose austin. My e-mail address is; [protected]@att.Net. My phone number is [protected]. When i signed up with this service they told me if i moved to a retirement home it would not be a problem to cancel my contract. If i have to i will get an attorney. I would appreciate your feedback.

NorthStar Alarm Company based in Utah- Is a prejudice, discriminate against black people, I have never been...

On June 2016 I moved to a new house and since them I am calling their customer service line to schedule the move of the system. Nobody from the local installation team ever calls me and I get no system (but I get a bill).

I tried to cancel the contract but they want to charge me more than 2000 for it. But if they can't install the system in my new place why should I stay with this company? They are not serious on their business.

NorthStar Alarm Services
24
%
Not bad, but could've been way better. This company does respond, but not as often as you'd expect them to.