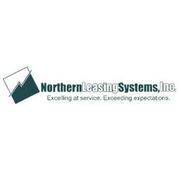 Having problems with Northern Leasing Systems?

I'm another "victim" of the Northern Leasing fraud. I recognize that I signed a 4-year lease and I...

Somehow Northern Leasing along with Global Pay changed my merchant services provider from CynergyData to Northern Leasing and Global Pay. I did not catch this for a couple of months. I did not sign any contracts with either company - how did they get this done? I am going to have CynergyData change my credit card machine back to the customer number I have with them. If this does not work I will try changing my bank account number. Any other suggestions if these fail. From what I am seeing on the web this company needs to be put out of business (if you call this business) permanently. Isn't there someone somewhere who can help us?

Northern Leasing filed a Judgment against my company and me personally on some debt supposedly my company ha...

I'm another "victim" of the Northern Leasing fraud. I recognize that I signed a 4-year lease and...

The complaint has been investigated and
resolved to the customer's satisfaction
Resolved Northern Leasing Systems — Scam and cheating!

My story is much the same as the rest. I owned a small store and one day a representative from Neos Merchant...

The complaint has been investigated and
resolved to the customer's satisfaction
Resolved Northern Leasing — Unauthorized charges!

In 2001 I signed up to be able to process credit cards with a company called NPC. My Spokane representative...

Northern Leasing Systems — do not do business with this company!

In 2001 I leased a credit card terminal from Northern Leasing Systems. They never sent anyone out to program...

Believe it or not, I just got served by this rip-off loser of a company. We sent back their equipment after they failed to provide a copy of the lease after repeated requests, when they finally sent one, it was someone elses lease! My husband sent back their sub standard equipment with return request receipt. He also called them several times after asking for a letter stating that they received the equpiment; they refused. We have our USPS poof of receipt by them.

The critical point is that they specifically told me that it was not a long term commitment and the lease was based on a month to month basis and as long as I had their equipment. The lease stops upon the return of the equipment.

They added the number 48 to the lease document afterward without your knowledge and permission. The paper and receipt of payment that I have does not indicate 48 months lease commitment.

The other papers that they are presenting were forged by adding the number 48 after I have signed it without my knowledge or permission and only learned about it over a year later when I asked to return the equipment and terminate the lease.

At the time of the papers signing there was a lease agreement that was written in a very small print that is impossible to read and it did not have the number 48 in it when you signed it.

When I asked to have copies of all papers I signed, they gave you only one paper that included the receipt of first payment.

They sent me copy that I recognized as a forged document as I remembered that I specifically insisted on lease as long as I use the equipment and the lease will terminate upon sending the equipment back and they confirmed that by showing me that the document does not include any long term lease beyond the period in which I still have their equipment.

The lease agreement presented to the court as exhibit A IS NOT the same document that I signed. IT is an enlarged photocopy version and I have never seen it before.

I am instructing the court to ask for the original documents (not photocopies) and it might be easier to see that the number 48 was added later, after you signed the document.

Northern Leasing Systems
57
%
This company definitely cares about its customers and responds to overwhelming majority of complaints.