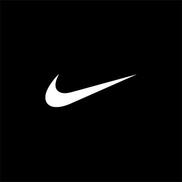 Having problems with Nike?

Hi,
I have bought Nike air new model in july this year af Dicks in belamo shopping mall in la. I was on holiday and bought these for my Son. Now just 4 Months later both heel areas are Completely cracked. We have been buying Nike's for year Ls and never saw this. It looks like a profuction error. As you can see in the photos the shoes are in perfect state for this heelcracking.

We live in the netherlands so please forward this complaint if neccessary, because I would like a solution very much. I have paid around 129 dollars for these shoes, this should not comply to the Nike quality.

I purchased a pair of air max plus in June and my soles are already falling apart I shouldn't spend 175 dollars on shoes and they lasted as long as Payless shoes. My last pair lasted a few years before any problems! I don't understand why the bottom of my shoe is falling apart. I would like to be able to exchange or get some kind of acknowledgement and work with me to resolve this issue. My girlfriend paid 5 for her shoes around the same time and they are not falling apart I'm very upset.

Hello - I bought the new 2018 Nike VaporMax shoes and I already have a flat on one of the shoes, left shoe...

The Velcro is continuously coming undone, my son plays basketball for 2 teams and they played 8 games over...

I just purchased 2 pairs of these Nike men's running shorts and I've had these very similar shorts in the...

I bought attached nike soccer boots on the 27 of April 2018 and in less than 3 months the left boot cracked on the middle. I then used other soccer boots in the meantime until now. I then visited the Nike factory shop at east rand mall and was told they can not exchange for me. What I find very strange is the fact that one of the stuff did confirm that they've had many comebacks with the same kind of soccer boots. So please help is this is your product. Regards Jerry Tshabalala, cell no: [protected], mail: [protected]@gmail.com

10 minutes before the store closed down, I entered the Nike Clearance Store in Valencia, CA. I went to the women's section and I saw this pair of air force 1 shoes which my daughter really liked. There was an employee in the aisle where I was and I asked for an assistance to locate a size 7 or 7.5. She pulled her device to scanned the box of the shoes and she told me that there was a size 7 "somewhere around." Excited I started looking for the pair of shoes.

While I was looking for the shoes another employee came and told me - almost in a yelling manner, that "the store was closed. "I told her that I was just looking for the shoes I want and I am gone. She asked me which shoes was it and I handed her the box and she again scanned it. She told me that there was no size 7. I told her that one of the employees just told me based on her scanner that there was a size 7. She replied: "She was not being accurate with you." I said, "So you are telling me that your co-worker lied to me?" She said: "I apologize on her behalf". I reminded her that it was not nice to talk bad about another worker. She then replied: "If you have any issues I can call the manager. "I said sure. She then told me, "Will you come with me in the front so you can talk to the manager". I refused. I told her, "Tell you manager to come over here". She then replied, "They cannot come here because they are busy." I told her, "Why are you contradicting yourself? Why do you want me to talk to someone who were busy? She then replied in a loud voice: "Do you have a problem with me? I said yes! She then said, "Do not come close to me because you are threatening me! " I was approximately two feet away from her when we were talking and she continued to be disrespectful to me. All I did was take a step forward because she was already yelling at me. If she had only agreed to my request nothing further could have escalated.

There were two customers and an employee who witnessed our argument, However, none of them saw her demeanor towards me nor heard how she disrespected me as well. Let me enumerate here arrogant and disrespectful behavior:
1. When she reminded me that the store was already closed. Her voice was already loud and her tone was as if she has to kick me out of the store even if I was about to get the merchandise I want. As far as I know, they have to honor and respect my presence there because I came in before the store hours closed.
2. By calling her co-worker a liar.
3. By giving me conflicting statement about getting the manager on the floor where all of them were busy.
4. By asking me if I have a problem with her.
5. By not treating me with dignity and respect as a customer. My understanding about workplace violence is that you have to avoid confrontation. If you are faced with a difficult client, do not take it upon yourself to diffuse the situation. Respectfully leave the area and call your manager. She did not do any of those. Instead, she tried to confront me by asking me if "Do you have a problem with me" Statement. Those are considered threatening words to me.

I have always bought Nike's and have never had an issue until this year!! I have bought 4 pairs of Nike shoes this year and each pair have only lasted for 3.5 months! I spend good money on these shoes and for them to fall apart in 3 months is inexcusable! I don't understand why each pair have fallen apart around the toe and sole area in such short amount of time?

Hi, between my husband and I we have ran 12 comrades marathons and tons of normal marathons. We have alway...

Hi I purchased the above shoes in early Sept for my 8 year old daughter. She has had them 2 months and the sole is beginning to separate from the shoe material. We paid a fair price for these shoes and I guess I expected them to last more then 2 months before they started falling apart. I am disappointed with the shoe and hope that this problem can be eliminated /fixed. Shoes are too expensive to have to buy a new pair every couple months.

Im 55 and have been wearing Nike material for will over 35 years now. But, (and there's always a "but" ) when your organization decides to through themselves in the middle of a very hot debate pertaining to unity within the country and one very rich person's believe in separating from our countries solest theme is disheartening. It's not surprising that a multimillion dollar company would stand with a multimillionaire and not the people such as me who support your lifestyle. You are disconnected as well as the spoiled little rich kid with an afro. Now what? You're not going to pull back and I can't buy Nike products anymore, thanks for nothing..

Hi I recently purchased a pair of Nike air max 270 within two weeks of wear the material above my big toe ha...

Dear Nike Team, I have purchase a shoe at your Saharaganj mall Lucknow store, your sale team ask me thi...

I placed an order through Nike customer service on October 25th because I was unable to make the purchase through their websites due to some system upgrades and product releases happening on their servers that day. I received an email confirmation and spoke again to Customer service 3x after order was placed because they charged me more than the original price I was quoted. Ciara was the customer rep who helped me and she was very helpful - her supervisor told me she couldn't offer next day air because my order was already being processed and most likely ready to be shipped. They offered me a next day air with my next purchase.
Today, October 30th, 5 days after my original purchase, I received an email from Nike with subject line "Order Cancelled", no explanation, no solution, no next steps. I called customer service and spoke to a rep named Ethan who refused to assist and even transfered me to a different agent. I chatted with Damon who told me this was a general known issue but that they were unable to further assist me and that I will have to start all over again.

This is unacceptable and we as consumers must demand better service.

I bought myself a pair of Air Max Thea's about a year ago. I show dogs and I need comfortable shoes to run in...

I purchased the shoes shown below within the past 6 months. They already have a tear on them in the mesh and...

I purchased a pair of Nike air max on June 25th 2018, I am a nurse and need very comfortable shoes so I felt spending $120.00 was ok since I need good shoes. I only work 2-4 days a week and last week while walking around on my driveway one of the air chambers in my shoe broke and now they are worthless. I am very upset about this since I paid so much for them and only wore them for about 3 months I am a single mother and I am unable to replace them. I am very upset that a Nike product only lasted 3 months and that was only wearing them inside 2-4 days a week which 2 of those days is sitting at a desk. I would like to know if there is a warranty or some kind of guarantee on the shoes since they cost so much.

We have purchased two pairs of Nike trainers shown In the picture for our daughters. We have had nothing but...

Nike
1
%
Doing nothing would be this company's favorite pastime, if they had the energy for it.