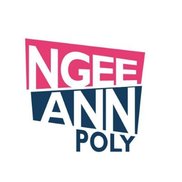 jobs for foreigners, none for singaporeans

I am a local Singaporean interning at KPMG Singapore, having dedicated 2 years of my life serving the nation before entering university.

I am here to share how job snatchers enter Singapore on the pretext of doing their internships here, but are actually here on a trial, and the companies like KPMG Singapore hire them.

The students even boasted that all they need to do was make some noise, and there would be Ngee Ann Polytechnic staff coming down to KPMG to help them with the internships - typical white colonial masters mentality!

I am very confused on why Ngee Ann Polytechnic is not focusing on helping local students and their graduates find jobs. According to ChannelNewsAsia, MOM's statistics for unemployment rate inched up to 3.3% in the second quarter of 2019. So why is the statutory board like Ngee Ann Polytechnic bringing in such foreign talent to compete in the job market for jobs with the locals?

Wonder if the other Polytechnic are doing the same thing as well - a group of 10-15 students multiplied by 5 polytechnics in Singapore multiplied by 12, assuming the polytechnics take in a batch each month, would mean that 600- 900 foreign students are snatching the jobs of locals per year!

Why is Ngee Ann Polytechnic doing this to snatch jobs from local students? Are tax payers paying money to have their jobs snatched from themselves? Why is MOM and ICA allowing this to happen?

This issue needs to be looked into and addressed by the ministers to stop foreigners from simply coming to Singapore and snatching our jobs without contributing!

I hope that the Ngee Ann Polytechnic staff as pictured in the photos are sterile, their wrong doings would only harm their own future generation!

Ngee Ann Polytechnic
0
%
Doing nothing would be this company's favorite pastime, if they had the energy for it.