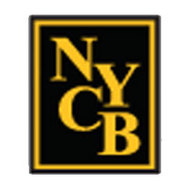 It's been brought to my attention that Scott Valentine is at it again, This herion addict is out stealing...

Scott valentine invited me to stay at his apartment in march.Little did i know of his plans to try and steal...

In February of 2017 scott Andrew valentine of new York community bank was trying to sell me everything under...

Scotty valentine is very well known for making nasty remarks against the jewish community. According to hi...

Scott valentine needs to look into the mirror and accept that he is the one who started this crazy behavior...

Share Report Copy
lived with the psycho all your life

I met with scott valentine at his filthy apartment on long island.This appointment was set up by a branch...

slapped with late fees, their fault though

When it comes to home mortgages, customer service is the worst. Setting up automatic payments took more than 30 days for them to process. The information needed to set up automatic payment had to be mailed in and couldn't be taken over the phone. They hit me with a late fee which they refused to remove from my account, because they did not process my automatic payment information in a reasonable amount of time. They said they sent me a letter indicating when automatic payments started, which I never received. Later I got a letter that my account was past due. That's when I learned that an account past due would stop all future automatic payments. It is the stupidest thing I've ever heard. It also took more than 2 weeks for them to process my information to set up online services. But that was pointless, because the online services accomplish nothing. You do not get any information except for you loan balance, and you cannot make payments, etc. Stay far far away from this bank.

as a new york community bank customer and being that it owns amtrust bank i went into the glades road office...

I had a mortgage with Penn Federal savings bank. New york community bank brought penn federal and within months my fixed mortgage went up close to $1k a month. I called and asked why and after many months of calling and writting their response was that taxes increased. This is true but only less than $1k a year so now I am paying and extra almost $12k a year so where is the money going. Next thing you know everything starts to change from different account numbers every month for several months to requests of all leases every three months and then the biggest demand that I pay for flood insurance where everything had been sent to them several times. This got so bad that they wanted me to pay them for flood insurance where we are not in a flood zone. Additionally all leases where for 10 years each and the apt for 1 year but the demands kept coming and monthly fees where different every month. After suffering with them for over three years I finally go another bank to take over the mortgage. We closed last month and days later this anastasia calls me to send her a $5k wire without any explanation. I tell her the closing has been done what's going on. At this moment I have two different amounts to pay them and they do not justify anything. I have hired an attorney just to review the closing and he states that they did make a mistake but without a doubt they overcharged on closing costs and of course he could review the entire history of the loan but this will be expensive. This bank has been without any doubt the worst ever in a mortgage I have used mabny other banks and never been treated like this I also believe that they have been ripping me off and this needs to be checked out because I believe i am not the only one.

Bank charged fees and created overdraft in my account

I have an account at NYCB in Bayonne, New Jersey, I have online access to my account, so before I make a purchase I make sure and check my balances at all times... I made two credit purchases on 1/17/10. I had a balance of 309.68, my first purchase was for 53.62 which should then leave me a balance of 256.06, my second purchase about 7.30pm that day was for 247.90 which is more that enough in my account... Somehow the bank charged me a 33.00 fees for insufficient funds for the first purchase creating an overdraft in my account for the second purchase... I have been calling them for the past 4 days and they refuse to reimburse my account. My next move is to close my account and contact the Better Business Dept...because I need my fees refunded to my account.

New York Community Bancorp [NYCB]
50
%
This company is on the right track to keep up with incoming complaints, but there's still plenty of work to do.