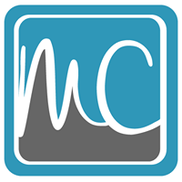 Having problems with Money Catch?

These people over at Money Catch are really quite dubious, they are ostentatious, full deceit.

They really don't help, they just wanted your money.

A search on Money Catch reviews shows up some dreadful reviews. They are said to be identity Thieves and dealers on the black market, which is pretty serious. I know that you can never please everyone, however, it is enough to make you really reconsider as there was a gigantic volume of complaints, and frankly, there are many providers.

I personally, disliked the owner Deanna - she sounded like a neurotic car salesman!

Their leadership is based in Lismore Australia, but their operation is managed from India, for lax regulations so they can freely trade your information and sell your banking details without repercussions on its Australia operators.

They employ an India based IT black hat hacker whose job it is to remove negative information about Money Catch on the web, as well as manipulate search results and create bogus reviews to portray a positive image of Money Catch.

Every positive review you read is phony, written by Money Catch themselves. It is all is a BIG sham. Sharing is caring, so please share this and warn others.

Money Catch Australia Review, not a good business, search results are being manipulated by them. I did not...

[Resolved] have major systemic issues and are dishonest.

Firstly, I'd like to take this opportunity to say I did not find my entire experience negative. But...

Money catch; you are a scam, your glowing testimonials are fake and written by you, it's false and misleading; in other words illegal.

Money catch hires scammers baded in pakistan, india & phillipines - and shares private financial details of australians with these offshore scammers that are part of the moneycatch family. They actually defend this online... Fairdinkum:) bad apple.

Here are the facts;

Fact; you are a scam and there are numerous report of identity theft following consumers using you 'service' (scam)

Fact; contrary to your lies, you do use offshore casual contractor, your indian it contractor who is pictured on your other scam website www.cyberspaceinvestigtions.com.au as your fulltime it staff is the same casual freelancer listed on upwork a casual offshore hire website; these are the links to his profiles on freelancer.com which is a casual offshore casual contractor hire company here's is his profiles (quick, best get him to remove it quickly, you are scammer!)

Fact; your use of casual overseas staff, who are based overseas in third world nations outside of the protection of australian regulators, and you risk many australian consumers' personal id details and financial information without telling them, resulting in identity theft. From your response its evident that you do not care about this massive risk you place your customers in, only care about justifying your behaviour and your criminal conduct. You should be locked up.

Fact; moneycatch has been caught out with an email written by ben mannix of moneycatch/ aurfs (they use multiple trade names and entities to stay ahead of authorities) here's a screenshot of moneycatch's scam email;
https://www.scam.com/entry.php?9538-Money-Catch-Unclaimed-Money-419-Scam

Fact; using [protected]@moneycatch email does not mean you have a legal section tucked in your bedroom where you work you scammer. It simply means you are a crafty cyber criminal.

The owner of moneycatch made up & uses this website - which is illegal as it is false & misleading; to demote & defame all other unclaimed money agents in australia. This website is a fraud, stating it is the 'industry regulator' (what a joke!) and even gives a star rating system! Out of 40 unclaimed money agents, the only one gets any stars at all!. Can you guess which one gets stars? Money catch's of course; its the only unclaimed money recovery service that gets any stars (and 5 stars at that! All other services are rubbished, defamed and their personal information placed on this scam website for all to see. That just proves that ‘money catch' is 100% a scam.

Money catch 's owner thinks it is clever to have used the. World domain as a private domain to hide her ownership of unclaimedmoneyagentslicencecheck. World - when the records to the defamatory domain are being subpoenaed for group action. Please share this on social media and with anyone of concern.

Money Scams like Money Catch rife. I have had a bad experience with this business, they make unsolicited calls pretending to be investigators looking to return your unclimed money, I have tried searching for reviews on them., they run a fraudulent business. I was researching them and found some really bad things. Be careful if they contacted you; Australians have been warned of an elaborate money scams involving fake websites that are very well developed in India, pretending to help you to recover the lost money. Moneycatch.com.au seems to operate from an Australian front but is managed partly from India. Its very shady. They have information saying how transparent they are and on their website it has articles about how to detect a scam, when THEY ARE a SCAM themselves.

A lady runs Money Catch her business is a a big ripoff. My friend ended up paying her $ and she then sold his identity as well. A week later he got a call from bank that a personal loan against his name has been passed and later we identified that the owners of Money Catch did all this thing. Upon my further research, I found she is the ugly face of this industry and has many scams associated with her name.
She tries everything in her power to discourage and to hinder clients and get their identities, so she can make more profits.

According to Scamwatch, there have been 584 reports of puppy scams across the country over the past year.

People aged 25 to 50 were the most common victims, with women three times more likely than men to get caught out by these scams.

Have a look at these reports I was able to dig up on Money Catch, and be very careful not to deal with them;

Moneycatch is a sham, to trap you;
Also you can see this :

On their google my business reviews they have people saying lot about them. its all written by them. all the positive reviews are made up, how can they do this, its not good, its not right!

They should be investigated for their practices. They call you and try to sell you on their rubbish, to steal your money. They prey on people.
Stay away from these charlatans

Australians have been warned of an elaborate money scams involving fake ads pretending to help you to recover...

I was approached by Money Catch about unclaimed money owning to me, I tried to find out where it was and wa...

I dealt with this company a while back. The typical phone call telling me I had a few thousand stashed away...

This is something I feel merits looking at. See, unlike the business owner of Money Catch, I am an actual *ing Private Investigator (the kind that doesn't wave their credentials around in a completely different industry as if it means something).

See how this 'Unclaimed Money Agents Licence Check' apparently looks legit (though it certainly doesn't sound legit) impartial, seemingly government owned or at the very least accredited.
Well...it bloody well isn't. In fact, there isn't a single certification on that website that wasn't self awarded or pulled out of their arise. That's right; the entire thing is built on complete and utter nonsense. Thin air. Smoke and Mirrors.

Now, why am I pointing all this out on a review about Money Catch? That is a very good question...

You see, I was doing a little investigation of my own into an industry that my wife has recently been hoping to join as a business owner. It seemed almost impossible to look past the 'Unclaimed Money Agents License Check', so I naturally gave it a once over and was pleasantly amused to discover that this agent check site that my wife was wondering about was in fact nothing more than a privately website with an official look and a lot of ambiguously placed content that alludes to being official but cleverly falls short of actually stating that as fact.

On this website is a neat little page that seemingly warns against joining the Unclaimed Money Industry, linking me to a variety of interesting company names and numbers of businesses that have allegedly closed shop. Unclaimed Money Agents Licence Check suggests I call them to see why they stopped business...interesting to very subtly dissuade future business owners from setting up in the industry they apparently regulate and rank. I was tempted to call some of the numbers provided...but I was starting to get an all too familiar hunch that the books were being cooked.

After taking a quick gander at their rankings, I quickly realized that literally NONE of the Money Recovery Agencies listed scored more than a single solitary star in their FIVE STAR RANKINGS...none that is...except one. Money Catch.

Funny, this agency seemed to tick all the boxes and more! Where dozens of other sites were listed as dubious or shady or, dare I say it, unqualified, Money Catch is provided as a shining FIVE STAR example of what a Money Recovery Agency ought to be...hmmm.
Now, I may be unqualified...after all, I am only a Private Investigator with a further three years in private security, five years in the NSW Police Force.

But...WHAT...IF...Money Catch and the Unclaimed...is owned by the SAME person!? *AND THE CROWD LOSES THEIR FRIG GEN MINDS!!!*

It would be like Nike buying a review company (in this case, the ONLY review company in the industry) and having them slander literally everyone else in the market place except Nike...which they naturally award a stunning 10/10 across the board.

So not only is this company dishing out bogus rankings and misleading people into thinking they are actually qualified to be doing the job they set out to do, but they are slandering existing agencies, dissuading future businesses and propping up a company more likely than not (let's get real, I know damn well it actually is owned by the owner of Money Catch) owned by the same person! It's beyond conniving, it's bloody insulting; I mean; only one company out of dozens is legit...REALLY!??? Realllllllllllllly!????

Anyways, long story short, let's call a spade a spade and call Money Catch and it's associated 'Unclaimed Money Agents License Check' what it is; a genius play to scam an entire industry into submission. There's my two cents; needless to say, if my wife does go ahead and try starting up her own agency, I certainly won't be taking any crap from the owner of these two businesses. Damning is the only word I'll say. Damning as ****

Money Catch
85
%
Fast & efficient, this company is head above their competitors when it comes down to taking care of their customers! Keep up the great work!