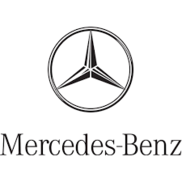 Having problems with Mercedes-Benz International?

Good morning We have been unable to return to South Africa due to Covid. It seems that mercedes benz doe...

Unethical behavior of car manufacturer mercedes benz towards clients during the covid-19 I have been a loyal...

During the maintenance plan I complained multiple times about a knocking noise left back. Mercedes Centurion...

Good day It has been over 2 Months now that I have not received any response with regards to repairing my...

I sent my car that is 2 weeks old because of front condensation of small air blowing upwards which eventually...

My car is from us and mercedes benz kuwait (almulla) is taking more than a month only for bringing the spare part for my car, my car in the mercedes benz kuwait garage since 27/11/2019 till now not all the part yet here and they said that it will arrive in 5/1/2020! Then they will work on it.. My car is c300 2018. And the body part needed is the ring and some of the parts in the front interior.

I am Diana from Malaysia. I am writing to you as we did not manage to get our msg through to mercedes benz...

There is an issue with my car that I believe needs resolving. I am an expat in Belgium working here as a...

Dear Team First they repaired a noise coming from the wheels, but by delivering the car i noticed the tilted...

My ML 350 bluetech is in Bloemfontein for a EGR Valve replacement, and a engin light check. I was informed by the service advisor that my parts will arrive on the 12/10/2019. Today i recieved a call, saying Germany do not have stock so the parts might be here only the 29/10/2019.

This is Mercedes flagship models and you dont even have these parts available in South Africa. This is very bad for mercedes and their brand. I expected much more from them. Now im sitting without a vehicle for almost a month.

Is this fair? I think there is no excuse for Mercedes in this regard. Dont think i will ever buy a mercedes again nor my family and friends.

Patrick Launay Angouleme — mercedes damaged my vehicle when I took it to them for a service,

When you take your car in for its first 9000km A service to a Mercedes Approved garage in perfect condition...

As may be seen from the correspondence below, Mercedes Benz has cancelled my service warranty but refused to...

My vehicle was towed to MB Tzaneen due to "transmission cooling" notifications on the car and when they alleged they had repaired it but they used super glue, masking tape, cable ties and they didn't remove the radiator instead, the superglued it, and that is not in line with MB standard, which could have also put my life at risk. I paid for their service in full, and for parts that they never even replaced. On the day of picking it up agh MB Tzaneen, it experienced the same problem as I was driving back to Gauteng from Tzaneen. Which led to it being towed to MB Fountains in Pretoria where in I incurred further charges to have the same vehicle repaired for the SAME problem.

I raised the matter up with MB to be refunded fully by MB Tzaneen as they failed to repair and use MB standard parts for my vehicle and also MB fountains ran a diagnostic report that also shows their disgraceful disservice.

My car now in repairs for 6 months. No communication from branch nothing, they answer finally to my email 22.07.19, which half of it is not true, that's why I have requested email communication, but instead they avoided that, now everything is turned their way. They telling me to pick up my car, when it is faaar from ready. It is new car 2018 used 2 monts and after their repair it looks like it was used for ages, there is scratches inside and out and etc. It is far beyond satisfactory. And Mercedes-Stratford behaviour is more that mocking it is disrespectful and humiliating! Bare in mind that in photos car ready for me to collect. I am not talking about damage done by repairer for body of car., as original damage was inside (attempted theft).
Awful

When my C180 reached its end of warranty term I was adviced to extend my warranty to 140000.My service times on the odometer was never exactly according to schedule such that at 120000 it was serviced at around 120500 meaning that the next service was only to be carried after the 1400000 extension which was an oversight from my adviser as well.Now I took my car in at 139990 for service but was refused because it wasn't yet its right time.That means I lost on my last service which lapsed at 1400000 and I feel I wasn't treated well being a long term brand loyal customer for over 13 years.
Registration:DV17SB GP

I am the Defence Attache in the Embassy of the Arab Republic of Egypt in Romania and I am complaining against the Diplomatic Sales Department of Mercedes Benz Romania.
1. I was told by Mr. Ionut Rotaru, Direct Sales Manager, Mercedes-Benz Cars, that the Model 180 C, 1.6 benzine is not made in Germany anymore and I personally doubt that, because he insisted to buy model AMG 3.0 engine, the only produced in Germany as he said.
2.When I wanted to buy, as diplomat here in Romania, car model 180 E, 1.6 engine benzine that it is made in Germany, Mr. Ionut Rotaru told me that, it is not possible to have the car directly shipped to Egypt and again I am seriously doubt that, because the BMW Company offered that shipment without any hesitation.

As a result, the Egyptian Embassy will buy (4) BMW cars 5 series 1.6 instead of Mercedes cars as initially was intended.
Please clarify to me this inconvenient situation.
Colonel/ FAHMY ANWAR ALI ELSAYED,
Defence Attache/ Embassy of the A.R. of Egypt in Romania

I am writing to complain about the noise of my cla200 which was purchased in November, 2018. for the last 6 months, I went to the manufacturer where I bought my car (in Daxing district, Beijing, China) to do the "car check" almost every months. they haven't solve this noise problem till today. the worst thing is their unprofessional language and comments.. when I contacted with them in January, I consulted if this condition is a common thing happened to cla cars.. the consultant answered like, only picky customers would come to here and complain about the noise problem. Actually, I felt really sorry for coming to there as I had depression before. I thought it was because of my mental problem that I heard the noise...
just in the night after the check, I heard the dada noise again, it was really loud. I took videos then. and after I provide videos for the consultant in the 4s store again.
the technicians were willing to help me solve this problem. they stuck soft plaster stuff under the panel. it didn't work though.
finally, I met the technic director today. he told me the truth this time, as my car is an imported car, the current technic in china doesn't allow them to disassemble the panel and check it completely while he thinks it's some parts inside the panel are loosing.
please check the attached videos
Cheers

I have a CLA220 which is about 4.5years old now. In June, my turbo blew while on a long distance trip. This was replaced. Ever since then, my engine light has been coming on. I've lost count of the number of times I've been to the dealership. They changed multiple parts (in certain instances, the same part multiple times). After every "fix", my engine light still comes on a few days later. The most recent fix was for a part that had to be ordered from Germany. The cost was over R20, 000 but the engine still came on a few days later. I feel like the car needs to be looked at by a more senior mechanic. However, Mercedes still insists that it needs to be booked into a dealership. I've been back & forth to the dealership for 6 months and they haven't been able to successfully diagnose the problem. I am not sure how to escalate this further.

Mercedes-Benz International
34
%
Not bad, but could've been way better. This company does respond, but not as often as you'd expect them to.