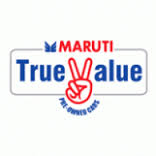 Having problems with Maruti True Value?

This is to bring the unexpected and unbelievable behavior, attitude of avg, maruthi true value, kottayam kerala. I sold out my 800 ac car (kl.3c. 8523) on 15th february 2010 to true value showroom.
They committed to change the name of the owner within 3 business days from the date of the sale. when on 19th february'2010, they sold the vehicle to another person with out changing the name. that person again sold out the vehicle to another person, for the last 10 months I have been doing the follow up for changing the name, and the true value people misguided me earlier that they changed the name,. but when I inquired the rto office the name of the owner is not changed, now the true value people saying that the vehicle had an accident and so they are unable to change.

This is a very serious concern. please look into the matter.
Maruti is a company of a repute and I still holds vehicles from maruti udyog ltd and I am shocked to see where the company is heading to.

Please help me in getting the name changed, at the earliest.

I have really bad experience with Maruti True Value. Now i feel that they are not at all reliable people. I bought Baleno 2006 model from them last month in very good condition. Now i am planning to sell it as i am getting a car of my friend. I contacted Gulzar and Stan Motars to sell this car and they said we will not buy this car as market is not good and Baleno is in very less demand... I still remember when Maruti True value came to my house to sell this car and saying that sir this is very good car in terms of performance, resale and when you would like to sell then contact to any True value. They would buy it happily... Now it is rediculious that ppl of Maruti true value are changing their words... I feel that they are not at all good in customer dealing.

Dealer Rani Motors Shillong Code 8501
sir,
i recently purchased one maruti 800 2009 model of september 2009
from maruti true value outlet ms rani motors shillong code 8501 the
vechile had run only 12, 000k.m. i had taken delivery of the vechile
in good faith as it was from a maruti dealer. after two days i noticed all
the five rims and tyres are about 4 years old and the original rims and
tyres have been re-placed .this is the true value you are offering to your
customers. i have paid an amount of rs 1, 60000- and is feeling cheated
now. long live maruti true value
mrs l.nongbah
shillong
[protected]

I have purchased a car from Maruti True value of Aurangabad. At the time of sale of the car they promised me for the best car (ALTO VX). So Purchased the car from them as they did 120 checks (All the checks are Fake. Just introduced for Advertising) on the vehicle. But in actually I found the vehicle is in a very poor condition. All wheels bearings need to change. Steering rack need to replaced and many more... like power windows stops working in between... They made false commitments and sold a car to me!!!

I hate the Maruti now and will not suggest friends to go for any Maruti product. As their sales team gives me a lot off commitment and actuality they sold the very bad condition vehicle.

I purchased a maruti 800 from true value of maruti in march 2007 from Competent Automobiles, after 3 months it started giving problem, the problem was in AC. When i took it to the workshop of competent automobiles, they said that this AC is not factory fitted and was installed afterwards, but while buying that car i was told that this is a factory fitted AC car, and those people refused to help us by saying that it is not covered under warranty. Maruti has cheated us, don't trust on Maruti True Value.

This is a formal complaint against the kind of mental & physical harassments, I received while trying to purchase a true value car.

I simply can't understand why the bank is ready to finance easily for a new car, but asks hell lot of docs while going for a true value car. Even, if the bank is a partner of that showroom. It simply means that even the partners of true value are not sure about the quality of true value cars. Then how can Maruti expects its customers to be loyal enough?

Further if the bank is asking for the documents, it must state it at one go. To ask for furnishing the docs in parts have harassed me both mentally & physically for almost two weeks, that too despite booking the car in advance. If such is the credibility of Maruti True value, I would like to request everybody else planning to purchase true value cars to rather go for new cars. True value cars are simply not reliable and credible as per its partner's and my understanding.

I booked a car on 14th June 2007 from Alianz Automobiles, Safdarjang Enclave, Delhi. It was an Alto of July 2004, not that old either.

I financed through Kotak Mahindra Bank, which they claimed to be their partner. I submitted all the documents they needed.

Thereafter they kept on asking for documents in parts apart from the one I already submitted. Further I called up almost 25-40 times in this 1 week rather than themselves calling me to update my status. Their customer service was something, which I could rate 1 on a 10 point scale.

Finally, they suggested me that I should rather go for a new car, as getting financed for it is easier.

I would like to say that in that case, Maruti should obviously think of shutting down its true value division. Because, even its partners are not relying on its credibility.

Me as an experienced customer will never ever suggest anyone to buy a car from True value or even Maruti for that matter.

Further, I would spread across this message to as many people as possible, so that they should also not fall in the trap.

If you are planning to buy a car in true value please check everything (price, Car condition (mechanic, body...

Maruti True Value
11
%
There is some slight activity coming from this company when it comes down to resolving complaints, but so far it's neither timely, nor relevant.