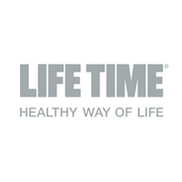 I am a previous employee of Lifetime Fitness who recently quit after 2 years of working there. Although I wa...

Lifetime Fitness offers a "Couples" membership that's an upgrade from a "Single" membership, but is not...

Lifetime Fitness required me to come into their facility to cancel my membership. I went in on 7-22-10 informed them that I needed to cancel because of loss of income. They indicated that they would charge me an additional month on 8-1-2010 which is apparently standard practice. I called their corporate office and the local club to see if this additional payment would be waived but they would not waive this additional payment. The local club said they would check to see if they could waive this final fee but never called me back. Repeatedly when I called to speak with a manager I was forwarded to a voice message box that had not been set up yet and could not take messages. I had to call back only to be forward to this mailbox again and again. I had no trouble with the club as a member and were I financially able I would have continued to remain a member.

you have to sign on a electronic machine telling you that it is for picture but it is for policy and they take the advantage of it .I wish to sue the fitness.

I joined the Atascocita, TX Lifetime club about 2 months ago. While signing up, I specifically asked the...

My husband developed a really bad skin infection in March. It was so bad that he had to go to a doctor...

Beware: if you go to lifetime fitness center secure your belongings they dont care if your stuff was stolen...

no download no refund no reply to my request

the eamail i sent them, no reply

Please refund all my money, as this site does nothing in a search, as I paid only 15 mins ago, I want a full refund, thank you


Your recent purchase of the RecordsLogin.com membership will show
A charge by "UPCLK.com" on your bank statement.
Clickbank order number is ..4EFQGCW6

I had a life threatening motorcycle accident and tried to put my membership on hold. When I went back to the...

cannot use many ammenities

Don't expect to use the indoor field that they try and sell you on. The field is rented out...

The Lifetime in Orland Park, IL canceled my membership of nearly 9 years. My almost nine years of pure...

The Collierville Tn Lifetime Fitness center lies! While being built in 2008, the pre-opening sales force told...

publish schedule of classes and then not holding the classes

My local club in Flower Mound, Texas was purchased by Life Time Fitness. Since then, my costs have gone up...

Once you are a member of Lifetime Fitness, they make it almost impossible for their customers to leave. They intentionally make it difficult to cancel to the point of absurdity. They incorporate trickery and unfair methods to confuse and guilt their customers and try to squeeze every last dollar out of them. They need to be stopped.

Attempt 1 to Cancel: I made the mistake of thinking I could call and cancel. The membership specialist told me that he could not accept my cancelation over the phone even though he had my membership pulled up on his computer. He gave me his fax number and told be to fax the request and he would take care of it.

Attempt 3. Went to their website thinking I could get another fax number for their corporate office, but no such luck. They have an e-mail for customer service but specifically state that you can't cancel using e-mail. I used their form to try and cancel by e-mail anyhow.

Attempt 4. I called the corporate office and spoke to someone who told me the only way to cancel my membership was to walk into their office and sign a cancellation agreement or to send them a certified letter. She also advised me of the 30 cancellation policy... and that I will still be responsible for an additional month...

Ok, I think this company needs to get sued. The 30 day penalty provision is nothing but an unearned fee. They are not inconvenienced in any way for which they need to bill for another 30 days and penalty provisions are often illegal. We need to band together and play them at their own game and sue them as a class for every single extra fee they stole from consumers.

These guys are crooks and they know it.

LifeTime Fitness showed me their wonderful child care facility, and I thought that my child will be having wonderful time while I am working out. The first time we came with my 5year-old after signing the contract, I left her in the child care room. after the class I picked her up but she had tears in her eyes. I discovered that the climber and the computer room was closed, and she wanted to use those. Next day - same situation. Now, she refuses to go with me to the fitness center, because they limit what she can do.

I went to speak with the manager, and she told me that they keep the facilities closed when the number of children is less than 25. No one told me about this when we signed the contract.

I canceled my membership shortly, and don't advice any one to join this fitness.

This 30 day policy is a complete fraud! God forbid something should happen in your life that you need to open up some free cash and cancel a luxury such as a fitness center, Life Time does not care AT ALL!! I am currently going through the ridiculous procedures required to cancel a gym membership at Lifetime fitness. In today’s day and age with gas prices on the rise and people running into unexpected financial situations month to month, Lifetime Fitness shows no remorse or understanding to its customers and members.

It is currently June 13th 2008, and they have just openly admitted on the phone at their executive offices that it does not take 30 days to cancel a membership only that they use it as a way to charge you for and extra month fees! So regardless of my wishes to stop using their product they are going to take my money anyway. I will be calling my Credit Card Company and possibly cancelling my credit card or not allowing them to charge it.

When I signed up for Lifetime 8 years ago, they stood on a policy that they would not be another Ballys Fitness who locks you into contracts and makes you pay extra money after your wishes to cancel your membership...but it appears that they have in fact BECOME Ballys part 2 in the Chicago land area.

This is how Lifetime treats members who signed up and paid them before they put up the first brick for the building, they are UN sympathetic to their member’s life situations and all they care about is YOUR MONEY!

DO NOT SIGN UP AT LIFETIME FITNESS! YOU WILL REGRET IT!

Lifetime fitness in Cary NC has brought a known sexual predator from their own TX location to their Cary NC location please be aware parents that this man is the head of the fitness dept & has ready access to you & your underage children due to Lifetime's liberal underage (children ages12 & up may be on the floor without parental supervision) workout floor policy. This man has already had several incidences during his one year tenure at Lifetime Cary NC all of which were ignored by the Lifetime Cary NC management. Please don't let your daughters/wives/girlfriends out of your sight on this workout floor this man is dangerous and Lifetime brought him to this area with full knowledge of his "problems".

use sex to influence patrons

Their female employees use sex to hook male patrons. My husband and his friends came clean to us, their...

After joining Lifetime, I was offered a free training session with a Personal Trainer. After completion of this session, I decided to undergo their CardioPoint Test which costs over $300.00 to include the Polar watch. At the encouragement of LifeTime I consulted my physician prior to undergoing this test. My Doctor did not want me to undergo the testing due to medical problems I was having.

I immediately notified Lifetime, only to be told they had a "no refund" policy on Personal Training...no where is this in written nor was I ever told this. I then was told to talk to the person in charge, he guaranteed me a refund in 3 weeks. 3 weeks passed and I again went in and complained. Only to be told that they wanted a Dr note, which I had with me 3 weeks prior. Then I was told it would be another 3 weeks, after threatening to cancel my membership I was told it would be 7 days.

7 days have now passed and now I am being told the paperwork was "just submitted" to Corporate so it would be 5 more days...I now have been told that if I cancel my membership that even though it is the 1st of the month, they will not refund this month's dues which were just taken from my acount to the sum of $230.00 more dollars.

I have belonged to several fitness centers in the past, though Lifetime looks nice from the outside. Once you join they do not hold up to what they promise, from use of the facilities to their constant failure to follow through on their promises. They have alot of hidden rules they do not tell you about (hours for the use of the pools for families, day care hours, refund rules) and the list goes on.

Life Time Fitness
0
%
Doing nothing would be this company's favorite pastime, if they had the energy for it.