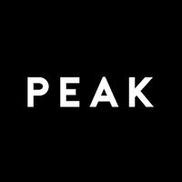 Having problems with Peak Fitness?

problem in cancellation of membership

They swipe my card 2 times on 23/8/19 at morning once and night once.
When I called, they say will ask pic call back, the person call back, say they do it wrongly, but I say do it wrongly by swipe 2 times?
Then she say she ask her manager, then no response, till I called again, tell me that I have outstanding at December 2018, what a ridicules? And say is Rm 129, but swipe my card 2 times Rm 65.40=Rm 130.80??? First time say swipe wrongly now say I have outstanding? I can't even believe this fitness to give my credit card, what the ridicules management.

This incident happen on 15th June 2016. We voice out our dissatisfaction to the management on cutting of...

This incident happen on 15th June 2016. We voice out our dissatisfaction to the management on cutting of...

Resolved not telling the whole truth

Here's the deal... I'm so sick and tired of the company I work for, as well as many other gym chains, being portrayed as sneaky, or manipulative, or having bad business practices. All because 99% of the people making allegations don't tell the whole truth about the incident, or completely mislead the reader because they don't want to admit that they didn't do what they were supposed to do to cancel their membership. Or, even worse, b/c they tried to cancel their membership because after signing a year contract they found that they weren't going as often as they should/would like, and now they feel like they should be able to nullify a legally binding agreement. And even worse, that because the gym chain that they joined does the correct business thing and holds that person accountable for what they signed; that all of a sudden that gym chain is crooked or scam artists. These type of people are the ones who scare the rest of Americans, who'd like to join a gym, to the point where now they have an excuse not to do something that would only benefit their health and lives.
I've worked for Peak for 6 years (happily), and have been in the business for 15, and I can say that we are taught nothing but ethical business practices. Our contracts, unlike a lot of other gyms, is made dummy proof by our owner, so that no one can claimed that they've had the wool pulled over their eyes. For example, many gyms have a yearly maintenance fee but they list it on the back of the agreement and often don't tell the customer about it (just let them find out the hard way); not us- it's listed on the front, and we have to get the initials of the customer to initial stating that it's been explained to them. 2nd example- many gyms "roll" the person's contract term (after their initial year is up) into a month to month. Many gyms explain this on the back of their agreements; not us- it's on the front and, once again, we have to get initials of the customer stating that it's been explained. I could go on with these examples, but won't bore you with all.
Now, is it possible for a employee/sales person to say to the customer, "hey, initial here and here, and sign here and here" without ever having explained these things? Yes, it's quite possible, and I'd bet that it happens more times than I'd like to see. But, guess what; that customer is a grown up and they have the option of saying, "hey, what am I signing here?" Also, they have 3 business days, by law and also on the front of our agreements, in which they can cancel and get a full refund (no questions asked) so if they don't take the time to read what they were just asked to sign, then who's the dummy? I think that most of us people with common sense know the answer to that question. Myself and my employees work our tails off to educate, motivate and service the heck out of our members, and it drives me nuts that people out there misconstrue details and facts to reflect favorably towards themselves. These people never take the blame for anything that they do wrong; it's always someone else's fault, and I think they should all grow up. Hey, save us gyms the bad rap and just buy yourself some equipment for your house that will be a great clothes hanger, b/c you'll never use it either and I'm sure the company who made it will take the blame for it.

Peak Fitness in Clemmons NC has been there only three months, already some of the equiptment need...

OK people...here's the deal. I completley agree with you. Hope you have a moment to read all this. I...

I would like to file a complaint on the Fuquay-Varina Peak Fitness and the whole corporation. I was conned...

Joined Peak Fitness on Robinhood Rd. in Winston Salem, NC in November 05 and after 6 months wanted to cancel...

Peak Fitness
11
%
There is some slight activity coming from this company when it comes down to resolving complaints, but so far it's neither timely, nor relevant.