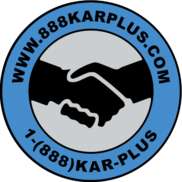 Having problems with Karplus Warehouse?

Use this comments board to leave complaints and reviews about Karplus Warehouse. Discuss the issues you have had with Karplus Warehouse and work with their customer service team to find a resolution.

I know I told them I will not give them a bad review, but after thinking about it, I owe it to you, the consumer to know that there is not a SINGLE deal at KARPLUS, the whole operation is just a schism, mainly by the BANKS to get you into debt with something below average.
On April 21 2016 my mother and I arrived to KARPLUS in Pacoima around 5:30pm, after having received a large hard paper advertising with a key on it, and inflated words of their great sale with the possibility of wining a free vehicle and other prices. The add was impressive and it looked expensive.
My mother has Alzeimer’s confined to a wheelchair, and I try to get her out often, so she will feel not confined at home all the time. KARPLUS been close by, and the possibility of a free gift, guaranteed to everyone who comes by (A Walmart gift card with no money on it).
To shorten everything, we drove off on a 2013 Chevrolet Sonic LT for $10, 000 and a $5, 000 financing from an unknown bank, for I was not told. I did not check everything more closely, for I was concerned more for the wellbeing of my mother, Finally at home at 9:30 pm and having taking care of my mother needs and put her to bed, I was able to go through the contract and attached documents, and something did not look right.
First, I looked up the value of the vehicle at KPP, and the price found did not match or came close to what I have paid for the vehicle, I started getting angry, for having been lied to about a honest good deal I was getting. Second, I looked up the vehicle, after going out and taken pictures of the manufacturer information on the vehicle itself. It showed as been manufacture in 2012. But it was sold to me as a 2013, so I looked up the same vehicle, and I found the same VIN number for sale, at the same place where I bought it for $8480.00. I started to look through all the paper work I had, and made copies of it all, front and back. I was sold a manufacture vehicle in 2012 as a 2013 vehicle AS IS, I had signed my waiver for a contract cancellation, and the CARFAX stated 2012 manufacture as history and now as a 2013, been on a major collision, several repair jobs, making the vehicle as a bellow average and deducting $1000.00 from any sale value. I was SCREWED. This is not right.
I started doing more research that led me to the CA Vehicle Code and CA Business and Profession Code.
Just the fact that they have sold me the same VIN# vehicle for a higher price than advertised, gave me the opportunity to return the vehicle. I found they have broken several sections of the Code, by not providing a copy of my credit record, not having offer me a cancelation contract, and most important, having sold me an advertised vehicle (same VIN #) at a higher price.
I had a chance to return the vehicle and get my 2003 Chevrolet Cavalier back, that was given to them as $1000.00 down toward the purchase of their vehicle. I did not go to sleep, all the time was used on reading and printing.
I arrived back at KARPLUS WAREHOUSE at 11:45 am and showed them the copy of the add I have made showing the same VIN# vehicle plus a $200.00 gas card with the sale of the vehicle. I knew for what I have read, that the current contract was not valid and void.
They told me, not to worry, for the mistake on their part, that they will honor the add. There was no sincere apology, and no mention of the gas card on their offer to honor the add. I refused and told them I wanted my car back.
They will not let you research the vehicle while there, they will not tell you the vehicle price until the paperwork is done.
After much discussion, and me pointing out at the letter of the law, they agreed to return my vehicle, provided I give them $500.00 cash, as stipulated on the cancelation contract, that I was never offer. I said no problem. I went home, cashed my Tax return, and added $40.00 toward it, and went back.
I was held hostage for over 5 hours, while my vehicle arrived, during that time they tried very, very, very hard to get me to buy a vehicle, not even offering me a sweet deal because of their screw up.
As I walk through their lot waiting, I notice that none of the vehicle I looked at had a sticker price, all of them had a monthly payment, letting me know, that they can manipulate the final price at their advantage. My recommendation if you go to KARPLUS WAREHOUSE in PACOIMA for their grand sale is: RUN FOR YOUR LIFE!!! There are no deals there. Only a GARANTEED trip to more debt.

These people are terrible, and are willing to put teenage drivers in unsafe non roadworthy cars... Only after a lot of persuading on my part I made them check the car before I picked it up, low and behold it was deemed unsafe and they were unable to sell it to me, thankfully I have some car knowledge and knew what to ask and what to look for in a decent car.
Now after being on the phone all day and passed around they are refusing to give back my $1000 deposit unless I go in there, by the way is an 1 hour round trip. Unbelievably obnoxious and rude, maybe they don't like women who have some car knowledge??

I bought a Toyota Prius from this awful establishment. I'm shocked they are in business to be honest with you. I'm going to post some pictures below that basically sum up what you get when you buy a car from KarPlus Warehouse Inc.:

It's disgusting how this place operates. My souls screams at the thought of the existence of this place, these people, and how they treat, lie and deceive good, hardworking, American people.

*PURCHASED UNDER 2 MONTHS AGO*

I would never purchase a car from this place or recommend it to friends.

This is the 2nd time I've had to write a poor review, even after they "FIXED" the original problems with the car.

-Karplus sold me a car that was so dirty that I had to request Karplus do ANOTHER complete detail after I already paid $100 for a pro detail (after paying $13k for a car).

-Karplus does the bait and switch.
-They put expensive rims on the car in their picture then swap them with lowest possible quality when your on your way to test drive and tell you they were just hub caps when you get there (if your quick enough to catch their scam). After realizing the scam they pulled (after buying it) I asked the manager, Ken, to please put the proper/advertised rims on the car. They only agreed to do it because they needed my car (2 months after buying it) because they didn't properly do the smog check. Great, I'm finally going to have a clean car that was advertised in the picture. I wish it was that simple.

TOOK MY CAR AND RETURNED IT BROKEN

-Karplus had to inconvenience me after buying it so they could do a smog check because apparently they don't do what they are suppose to do to a car before you buy it.
-Two days later I get the car back. 3 rims match. 1 doesn't.
-TIRE PRESSURE INDICATOR ON
-Karplus took my car. Put 4 wrong sized, non-matching TIRES on my car causing obviously an imbalance in the air pressure and the light to come in (that a mechanic had to point out to me with concern)

Well guess what dealing with Karplus gives you:

Wow, what can I say about this place other than I have filed complaints against them and Karplus Warehouse...

I HIGHLY RECOMMEND ANYBODY TO BUY A CAR FROM KARPLUS!! Most especially to those people that has credit challenged. I myself bought a car from them and made it a great buying experience regardless of my credit.

karplus sold me a car without being officially approved by a bank, then 2 wks later they said i needed a co-signer. i couldnt provide one so they requested that i take the car back, which i tried to do. Then they said i was lying and so was my mom about having to take the car back. They mistreated me and got me approved by a bank that I didn't want to go with and right now they are still trying to find more banks, despite the fact of me not wanting the car anymore (especially after being mistreated by them). I called and even the sales manager from Pacoima, Ca. hung up on me over the phone. I already filled out a complaint with consumer affairs in downtown L.A. I would not recommend to anyone in buying their vehicles or doing any kind of business with them. They are currently trying to force the car to be mine...

The complaint has been investigated and
resolved to the customer's satisfaction
Resolved Karplus Warehouse Inc. — Friendly warning - DO NOT buy your car from them!

Karplus Warehouse Inc. www.karpluswarehouse.com I bought a car from Kar-Plus the end of March. I have had so...

Karplus Warehouse
50
%
This company is on the right track to keep up with incoming complaints, but there's still plenty of work to do.