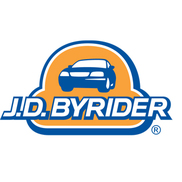 Having problems with J.D. Byrider?

JD Byrider in Clementon NJ has an mechanic who is spanish who on a constant basis sexually harasses any woman who may come to the garage for any reason, be it employee, delivery person, or someone there to get their car fixed. The owner is aware of this and takes no actions to correct the situation. We should boycott this business until this "man" is kicked to the curb! DO NOT DO BUSINESS with this company! I have written the main office to complain and as of this point have heard nothing back. If you read this and know where I am speaking of beep as you go by as a form of complaint!

I hate JD ByRyder!!! I did not have good credit and I knew I was getting screwed before I even bought it. I...

I got a vehicle financed through JD Byryder a little over 3 years ago. I too was told that I could trade in...

JD Byrider — engine falling apart from the inside

I bought a car from jdbyrider about 2 years ago. I have had to replace the gear shift and now I am without a car. My car shut off on me, would not start back up. I had it towed to a mechanic and they told me that I had a rod in the engine, And that the engine was falling apart. Now granted I do not know how the people before treated the car. But the fact is that it is the responsibility of the car dealership to know the conditions of the car. Also to let the consumer of these problems. Well, we contacted them and they said that they could not refinance me (not that I would want to but as a last resort) unless I had 2, 000 to put down. I didn't have that much when I first got the car, so why the *** would they want that much now. All they did was tell us to call the next day and talk to the mechanic. For what so they can put faulty parts in there and charge me up the you know what. I don't think so. Please be aware of how they are. They take advantage of you. Now I have no car and I have 2 kids. Do you think they really care.

My husband and I were struggling with bad credit from our divorces, and JD Byrider seemed to be the only option for us. In Oct 2006, we bought a 1999 Ford Contour from the Mansfield, OH dealership. We knew that the interest rate would be WAY more than with a normal dealership, but our other car at the time was about to go, and we felt we had no other choice.

The car came with the 18 month, 18000 mile warranty...thank GOD...because during the last 18 months of owning the piece of crap, it has been in the shop about a dozen times. Lets see, fuel pump, alternator, fuel pump again (the service mgr said the other guy did it wrong), brake rotors (they fell off in the mech hand), fuel pump AGAIN (mgr said a bad part was used by mistake, which was the least of my problems since I broke down in the middle of the intersection during rush hour), alternator AGAIN (ground wire not secured and it blew it), and the engine light is on constantly (they say it is normal to have faulty lights and/or fuses). There is more, but those are the highlights.

To top it off, the management (not at the store, but at the district office) is rude, obnoxious, and bullies. We have made numerous complaints about the car, and even tried to trade it in to get a car from a reputable dealer. They told us to pay on it another year to get our amount owed down under $5000 and they would take some off the amount owed so we could trade it in. We have been paying for it for 18 months, and we still owe almost three times what it is worth!

We are in the process of trying to decide what to do. All I can tell you is PLEASE DO NOT buy from them. They know they have you over a barrel, and they have no problems reminded you of it OFTEN. Take the bus, buy a piece of crap with cash, something. Believe me when I say you will be fixing one of their cars more than you would be your piece of crap that you don't owe any money on!

I purchased a vehicle from JD Byrider in July of 2007 and was told at that time that if I made all of my payments on time that Russ Darrow their co-company would guarantee me financing into a brand new vehicle. I had all my payments directly withdrawn never was late or missed a payment in over a year. I went back after my year was up and they told me that I could not trade in my vehicle until I paid off almost the full balance. I paid $11, 000 for vehicle that isn't worth half of that. I wish there was some way I could get out from under the horrible debt.

The complaint has been investigated and
resolved to the customer's satisfaction
Resolved Russ Darrow/ JD Byrider/ CNAC — deceptive practices!

J.D. Byrider
31
%
Not bad, but could've been way better. This company does respond, but not as often as you'd expect them to.