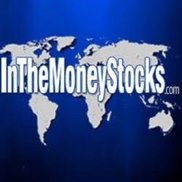 Inthemoneystocks.com — I lost everything and their speeches were blah-blah

Don’t think that the company www.inthemoneystocks.com is great and helpful. I invested money and after...

Inthemoneystocks.com — they steal from you and impossible to earn something

I decided to try my hand at the trading and invested money on the website www.inthemoneystocks.com. I...

Heyyyyy folks, nothing here but Monday Morning Quarterbacking and ego, move along. Where do I start with this mess of a site? Plain and simple, these guys are trying to sell you hype, they have big egos, and they ARE NOT even good at trading. They have minions who are incentivized to do damage control, so beware of positive reviews or people who try to argue with bad reviews. They self-moderate youtube comments (users JaredPagano Pauliewalnutz etc. are fake accounts to help pump). The ITMS guys were serial spammers back in the day and you can find relics of their shenanigans on real sites like iBankCoin and elitetrader. The review board at Investimonials for ITMS was taken down when moderators wised up to this. There’s a lot of skullduggery going on, so don’t fall victim to what appears to be a legitimate site at first glance.

On to the site. Gareth has an agitating voice and is full of himself. He is gifted with hindsight genius and a master of obscurity. “The market will either go up, but it can also go down, hence I am right, and will brag ad nauseum when it does” – you get the picture. “Proprietary methods” are just fib levels or simple support and resistance lines. The chat room is full of rank amateurs and Gareth’s track record is not even close to what he claims. You will never see any audited results, because they probably don’t trade real money, just milk it out of people who are eager to learn trading. When I say milk, its an understatement. They charged a group of unfortunate people $5k/pop to come to their Florida office and endure a 1 week Monday morning quarterback/ 20/20 hindsight egofest. Gareth claims to have been offered buy-outs from hedge funds to prevent the “proprietary methods” from going public – he’s a clown. They have no interest in helping traders, just taking their money. Don’t believe otherwise.

If you are like me, you were drawn to the site for its proclaimed “no hype” and the fact they are prevalent on Youtube searches for trading. In fact, all they offer is hype with no substance – vague calls and taking credit for trades they don’t do. I write this complaint because I was duped to the tune of $200 for this nonsense.

If you want a good laugh try out the 1-week trial, but be warned- your ears may bleed and you may vomit. If you pay the princely sum of $200/month, you’ll probably see another unpleasant video on youtube of Gareth’s well-fed Buddha-body in a hot tub bragging about how you were had.

Inthemoneystocks.com — do not be scammed by gareth and the daily recap video

In the daily recap video: 1) gareth will brag about trades that he did not make in the chatroom! 2) gareth...

Inthemoneystocks.com — not worth your time and money

I was with them for over 2 years, and was one of the first services I used when I was trying to learn thi...

I agree with most of the people here. While I like Nick for being humble and honest, Nick is most times too...

Inthemoneystocks.com — the site promotes &no hype& but he hypes more than any trader I have ever said

Educationally this site has some merits as Nick Santiago is a good teacher although he is not aggressive...

InTheMoneyStocks.com
14
%
There is some slight activity coming from this company when it comes down to resolving complaints, but so far it's neither timely, nor relevant.