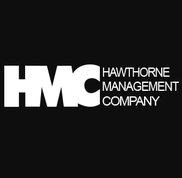 Having problems with Hawthorne Management Company?

Angie King is an awful manager. She has a smart-aleck mouth with a condescending tone. She brushed off my husband's concerns when he spoke to her before I got into it with her, recently. I'm not the only one in the neighborhood who has witnessed this behavior from her and cant stand her or the company. She sends a summary to me, showing me where the money is supposedly going towards the community. It's very easy for me or anyone else for that matter, to make up things on paper, too. It seems Hawthorne management can't get a good manager for the neighborhoods or be a good company, period!

Avoid using this company if possible at all costs. They provide zero customer service, refuse to fix...

This company barely does anything right. The lack of common sense and the disdain for customers is appalling. They changed the system for getting the pool fob by making it so that you have to mail in a request for the key. We finally got around to doing that and they key came in the mail a few days later. The next day I go to the pool with the key and it doesn't work. Life guard tells me that they said when that happens, to call them. I call them and they have me standing outside of the pool I pay dues for for almost 30 minutes while they try to figure out why my key isn't working. Instead of them talk to the guard (which I suggested) to let me in while they try to figure out their own problems, they have me and my 6 year old stand on the outside of the pool area while they try to figure it out. They got the pool fob company on the phone and the company says it should be working, but it's not, but I am still standing on the outside of the pool in 90 degree temperature with a 6 year old. Unacceptable and inconsiderate! Even more reason for me to start looking for a new neighborhood since my neighborhood seems to think it's ok to put up with this kind of service.

Absolute worst HOA property management company I have ever dealt with. Things in the neighborhood are not...

HMC is the worst company I have every expereinced. You read their website and it contains all kinds of claims about their wonderful customer service, expeerince and knowledge. NOT TRUE. They are the laziest bunch in the busienss. Cut corners every step of the way in order to save money for them. Never return phone call. Never follow-up properly. I have been waiting a month for them to return my calls. Don't use them. They are a complete ripoff company is their ever was one!!!

It would appear that Hawthorne Management Company staff go on various Rating and review websites and post 5-Star Glowing reviews of their company while real customers and clients mainly score them a 1 or 2. The company is owned by Joe Aiken and the Manager is Sam Hicks of Charlotte NC.

Here is the problem. Almost all of the 4- and 5-Star Ratings were posted on August 8. More concerning is of these they were all posted sequentially between 9:03AM and 9:09AM. Then they were all refreshed and updated within the last few weeks to keep them on the top of the list. Is this a random 1 in ten million event in which a half dozen unrelated customers happened to create accounts, logon and post glittering reviews of Hawthorne, which are contrary to most of the poor reviews on the Internet. Or is this by design and staff members of Hawthorne Management Company purposefully deceiving the public, clients and prospective clients.

Just read the 4- and 5-Star review and they read as written advertisements. That is not the purpose of this site and it lacks any integrity, morals or ethics on their part. It is also blatantly lying and false pretending to be a customer. Hawthorne Management is an organization without class. No reputable company would ever do something like this. On other similar sites I found the same disturbing pattern.

Deceptive, Immoral, Unethical and lacking any Integrity. Hawthorne has 24 reviews made up of 16 people...

Hawthorne Management — No Integrity from Top Down!!

The President, Founder and Owner of Hawthorne Management Mr. Joe Aiken is/was a North Carolina CPA, License #11760. However, the CPA Licensing Board states that Mr. Aiken "signed a Form of Practice affidavit stating that because the individual practices public accounting in a form not approved by the Board, he or she will not use the CPA title in any way." Yet, I found many references all over the Internet of Mr. Aiken being referred to as Joseph Aiken CPA. Does this company lack ethics, integrity and principles from the top down. I think they do. Don't call yourself a CPA if the authorizing body says you can't and you sign an Affidavit agreeing.No Integrity from Top Down!!

No Integrity from Top Down!!! The President, Founder and Owner of Hawthorne Management Mr. Joe Aiken is/wa...

The whole time HMC was the Association Management Company for our community we have had dozens of blatant...

The complaint has been investigated and
resolved to the customer's satisfaction
Resolved Hawthorne Management of Charlotte, NC — Service

I would caution any HOA from doing business with this firm. I personally delivered my HOA dues to their Post...

Hawthorne Management Company
29
%
Not bad, but could've been way better. This company does respond, but not as often as you'd expect them to.