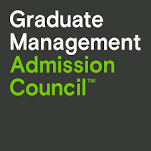 they won't let me make payment in person, say there are no payment centres

Gmac claims you can only make a payment by mail. They say that there are no payment centers, you can't even pay your loan off at the car dealership where you purchased your car.

When you try to contact them by phone, it is a joke!!! You get transferred from one person to the next, but they can't put you in touch with anyone in charge.

I guess you can come and get the auto, because I can't make a payment. So sad that corporate america is automated and we wonder why the price of everything is going sky high.

Original Home Eq. Loan summer of 2007 with Ditech. Data entry at Ditech entered my SSN incorrectly in transfer to GMAC. It has been a nightmare ever since. All my banking is electronic., I do not even own paper checks. Ditech web pay site down most of the time. Registered on GMAC site. GMAC site keeps wanting me to re-register due to someone trying to gain acess 5+ times in a row. No communication between the Ditech and GMAC system and people. Payments not accepted due to SSN & Ditech vs GMAC account # and my SSN data conflict. Fight to get phone pay and late fees waived or refunded. Customer service phone voice quality very poor as is the understandability of many of the representatives. Advice, steer completely away from these organizations or transfer you loans to another source.

Everyone on here that is filing a complaint against gmac financial services needs to submit their complaint...

late payment posted on my credit life at the credit bureaus has ruined my credit!

About 3 weeks ago, when interest rates were cut by the federal government, I decided to refinance my home. I filled out all the paperwork. For all intents and purposes, the loan was a done deal. The bank where I applied submitted everything to the underwriter for their approval. The underwriter then sent me some final paperwork to sign and return to them. Again, it was a done deal. I even had the appraisal performed that brought in a good price with no depreciation in value, even though there has been a mortgage meltdown in this country. My savings each month would be about $700.00 to $800.00.

On tuesday, when my mortgage loan was to have been approved, the underwriter did not approve it. This was the same day that the federal government cut the rates again by 3/4 of a point from 3% to 2 1/2%. This would have meant even more savings for me each month over a 30 year period. I was shocked and so was my loan officer at the bank. She proceeded to tell me that the underwriter denied my loan because they said gmac financial services put a late payment on my credit report at the credit bureau's.

Gmac financial services began calling me in february that they never received my payment. I told them repeatedly that I mailed it on february 1, 2008 at the post office. I called moneygram to find out about the two money orders I mailed to gmac, one for $500.00 and the other for $131.61. They told me that if I want reimbursement of the money orders, I would have to file two claim cards from their website and mail them to money gram accompanied by a $12.00 money order for each.

So, I mailed two money orders, claim cards and original receipts to money gram for reimbursement for the two money orders that I mailed on february 1, 2008. This past friday, march 14, 2008, I received the money gram checks for reimbursement from moneygram. On monday, march 17, 2008, I withdrew the $631.16 from my savings account and made payment to gmac at walmart so that they would get it within 15 minutes.

My mortgage loan officer said that if I could get gmac to remove the late payment from my credit at the credit bureau, the underwriter would approve my loan. So, I called gmac and spoke to two people this past tuesday, sylvia and john, her supervisor, john out of the oregon office. After a lengthy discussion on the telephone with john, a supervisor, he refused to remove the late payment from my credit report at the credit bureau. He told me that gmac's policy is that unless they have made a mistake, they will not remove a late payment at the credit bureau. I attempted to explain to him that gmac did in fact make a mistake by applying the wrong payment to the wrong month.

I have no control over the post office and how they treat mail. For whatever the reason, I did in fact make my payment on time as I have done fot he past 39 years, and never late! Why on earth would I make a payment when i'm refinancing my home. I have all the documentation to prove it!

What are my options? Gmac has cost me an awful lot of money long term, 30 years long term in fact. I filed a complaint with the bbb in akron, ohio, and an investigative complaint with the transunion credit bureau as well as equifax and experian. Additionally, I wrote a letter to the new ceo of gmac financial services who assumes this position on april 1, 2008 with all supporting documentation.

Do I have any legal recourse? After all, I did make the payment as agreed to when it was due. Gmac has cost me a small fortune over the next 30 years. Gmac has 267 billion dollars in assets. I would think a jury of my peers would definitely agree with me. Can a civil suit be filed? I late payment on my credit report will ruin my credit the remainder of my credit worthy life.

I am soliciting all law firms if they are interested in filing a civil lawsuit against gmac financial services, located at 200 renaissance center in detroit, michigan on my behalf.

Gmac mortgage sucks!!! I had heard on the news and also in the news paper that gmac was going to work with...

I have a vehicle that I financed with GMAC. The deal was a rush job that I was basically powerless to stop; I had just moved to LA and my company -- which had previously been financing my stay -- decided to return my rental car and end my hotel reservation, effective immediately.

Needless to say, this put me in particular financial peril, as a result I was forced to spend nearly $3500 cash out of pocket for the car and my place of residence. This lent itself to my becoming one month behind on the payment, but until the fourth month, I was making on time payments, awaiting the opportunity to fully catch up.

However, just 2 weeks prior to the due date of my fourth payment the fuel pump malfunctioned and cost me $555 to fix. This put me two months behind, and finally, medical expenses that I had to pay on my Mother's behalf put me somewhere between 2 and three (not quite three) months behind on the payment. None of this was unbeknownst to GMAC!

Throughout this time I have made numerous phone calls to GMAC customer service, and the GMAC collection department has called me; however, each time I speak with someone from GMAC there is no cooperate recollection, or access to such records describing the correspondence that has taken place between myself and the company. This was initially a cause for concern when a rep told me that the collections calls were generated by a computer, and no matter if I called everyday, these calls would still be generated. At this point, I have obtained a new (higher paying) job than before, and I simply requested -- from the company where I am spending a ridiculous finance charge for a used vehicle, continuously depreciating in value -- to send me a record of our conversations and they told me that they would not do that. The best explanation that they could offer me was that the records belonged to them, and that they could not provide a written statement for me, stating that I had called in to establish discourse with them to ultimately protect myself from unwarranted collections pursuits. This was in response to a threatening mailing I received after making a payment on 11/16.

I find this to be both lacking in integrity and dangerous for me, the consumer. The least that GMAC could do, is offer me an adequate explanation of the policy. I am getting older now, and I have always been fairly wise/intelligent, and I am sick and tired of having my intelligence insulted by the minions of corporations who -- more times than not -- lack the ability to think for themselves and thusly treat their conversations with me as they would a written response to a training test. I am not on paper. Can you all help? I find that I need to fight organization with organization!

As another person stated in this blog-gmac does not communicate with other depts. I was late 45 days on one...

ruined my credit and refuses to fix mistake they made

I bought a car that was financed through gmac. When I sent them a large payment I called to see how it could be posted. I was told that it would have to be posted as payments and they could not post it to princible because of finance charges.

Well I was told by there supervisor I was paid all the way up to february of 2008. Now I am getting collection calls everyday that they have not received my payments. No duh I am supposed to be paid for 5 months. Turns out they posted it to princible after all and now refuse to fix it. They have dinged my credit with late payment report to the credit bureau's and I don't have the money to pay them.

I have been on the phone with them at least three times a week for a month now and they still won't fix their screw up. No matter what you do when you buy a car if they tell you gmac took your loan run away they don't help your credit they ruin it.

My car was reposed on Monday, to find information out about this it takes at least a 1/2-1 hour to get...

Gmac is the worst of the 8 different loan co. I've had. Their different depts. Don't seem to communicate...

Graduate Management Admission Council [GMAC]
0
%
Doing nothing would be this company's favorite pastime, if they had the energy for it.