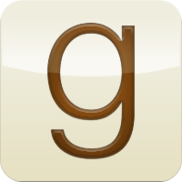 There are number of people attacking author Barbara Avon with 1 star reviews. This is a result of troll activity followed by twitter.

They have gone on to harass anyone who responds to their reviews.

As an author myself, I find this an unacceptable practice for Goodreads to allow.

Please investigate these targeted attacks. The perpretators are even laughing about it in the comments.

True Influence, LLC is a company well known for its development of customized leads for its clients to influence potential customers to buy products and services. Mr. Tim David'...

Margaret Stickland has been a so-called book reviewer, who should not be given the opportunity. This woman has a tie with an opportunity shop that illegally on-sells novels, and...

inability to get help

I am the author of eleven children's books, all of which are on Goodreads. I noticed that some were missing cover images and was able, using the "edit" facility, to insert these...

Has anyone had the same problem?
I found a book to read, picked it, but didn't find where exactly I should start reading. No links, no buttons. What exactly did I do wrong?
I asked them the same question one week ago, but they haven't answered yet. Tried to read other books on the website, the same thing happened again. Maybe they don't have anything at all and will ask for money?

It's a typical website stating that it's free but in fact, it's not.
I was looking for a special literature and found it on this website for free (as they stated). Once I confirmed I wanted a definite book, they said I have to pay.
What else can be said? Why do you say it's free when it's absolutely not?
I highly recommend staying away from them. Don't trust people who feel ok using your trust. They are the scariest ones to deal with...

Goodreads.com — goodreads is very difficult to use

Goodreads is very difficult to use and their support service is absolutely ridiculous! I joined this site because I found some good books on their site, but after I joined I wasn't able to find where to read. I checked everything carefully and there was no option to start reading the book.
I contacted their customer care service and they simply said that everything was available on their site and that I should have checked more carefully.
I checked again and found nothing. I was very disappointed with Goodreads service because these people clearly showed that they did not care. I would not recommend this site to anyone.

I want to post this complaint from the name of my friend. He is an author and he decided to list his book on Goodreads and as he said that was the biggest mistake he ever made.
He was attacked by several users which didn't like something about his book and he received angry and threatening messages.
When my friend asked Goodreads for help they simply banned him! What I want to say is that there is no author protection and that this site is a bad place! Don't use this site!!

Goodreads.com — fake charges and their free books are not for free

I signed up for the website www.goodreads.com. I wasted a lot of time in order to find the necessary books, but it was crap. I tried to download from them, but the website showed error all the time. WTF? As well as it was impossible to get any help from the moderators. Not recommended website and it was only waste of time. As well as some of the books were for free, but it was fault info. They charged for free books as well. Post comments.

This site doesn't post reviews per the customer but per their own formula. This is stated under the default bubble for reviews. Their secret formula is obviously based on marketing interests, which is why their site looks squeaky and bleachy clean. When I added a nice book review for a favorite progressive black author they added this creepy looking guy under the reviews. That guy wasn't there before I wrote my book review. There were only eight reviews, none of them detailed. But after I wrote my review this creepy guy Snagadeal suddenly appeared while my review was not listed. Snagadeal had books listed like The Life and Words of Robert Welch, Founder of John Birch Society; The Sinner; The Prophecies of Nostradamus; and other basically trash. In fact, Goodreads has never displayed my reviews on their home page of new book reviews for the day. In this way they are less reliable than amazon, which displays all my reviews positive or not. Right now only one of my reviews is displayed out of eight of them posted at various dates. The rest of my book reviews are basically not even available to public viewing. So what is the point of subscribing to this site? Like I said, they are running by a secret formula, and that formula is based on the venerated railroad icon. Clean, bleach clean, and money. There is no way Snagadeal would be reading a book by this progressive female author, but suddenly he was there. I am willing to bet Snag is either a hacker which means Goodreads is not a safe site or Snag is a convenient alibi. Either way, Goodreads is not as squeaky bleachy clean as it lets on. Be forewarned!

GoodReads
0
%
Doing nothing would be this company's favorite pastime, if they had the energy for it.